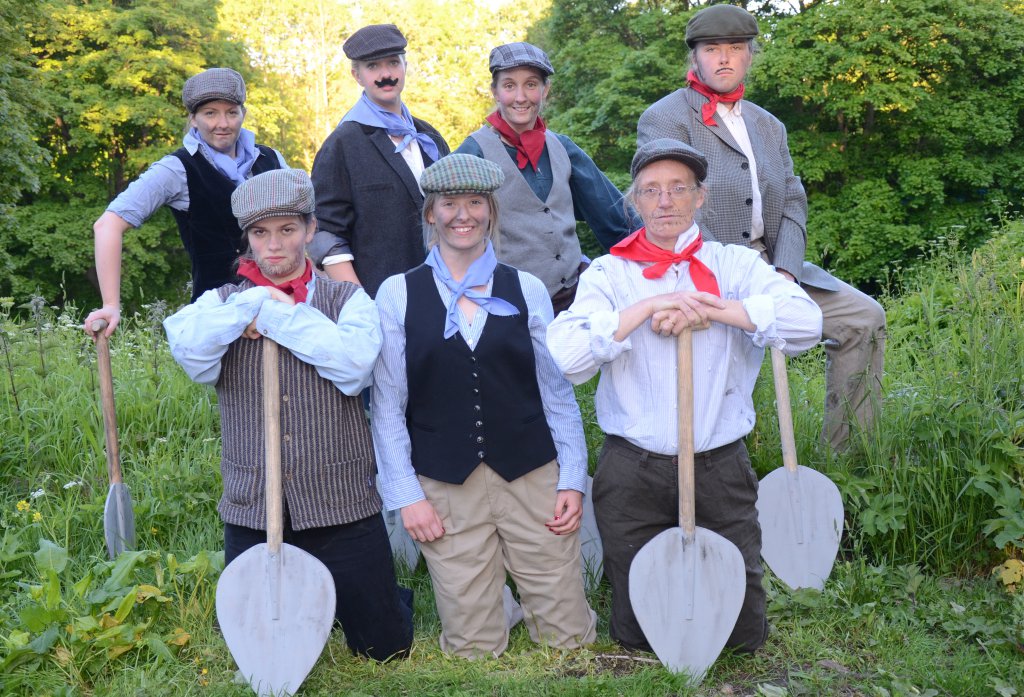 The senior women’s squad have been making final preparations for Saturday’s re-enactment of the Wear Scurry, a feature of the early years of Durham Regatta.

This and other re-enactments will take place between 1.30 and 2.30pm in a break between the scheduled races at this year’s Durham Regatta, alongside the Racecourse on the River Wear in Durham on Saturday June 13th, and will feature a race in punts, one of which has kindly been donated by John Appleby, between 2 teams of 6 rowers and dragon-boaters using traditional paddles. 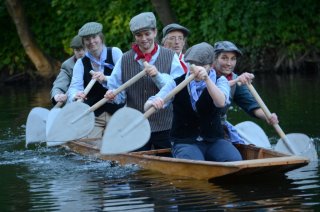 Originally staged at the first Durham Regatta in 1834 the Wear Scurry was a race in which miners took part using shovels as paddles. It became known as the ‘trimmers race’ due to its popularity with coal trimmers who used their heart-shaped trimming shovels as a means of propelling the boats. Coal trimmers worked in the shipyards packing coal into the hold of ships. The final job in loading the coal was very much ‘hands on’ for the trimmers, who crouched on their knees inside the hold of the ship and began sweeping the coal behind them, into the corners using their custom made heart-shaped shovels – this paddling action was similar to paddling a canoe.

A further re-enactment will see a 9-abreast race in skiffs between scullers kitted out in traditional attire. Visitors in traditional dress will be invited to join the procession of boats.