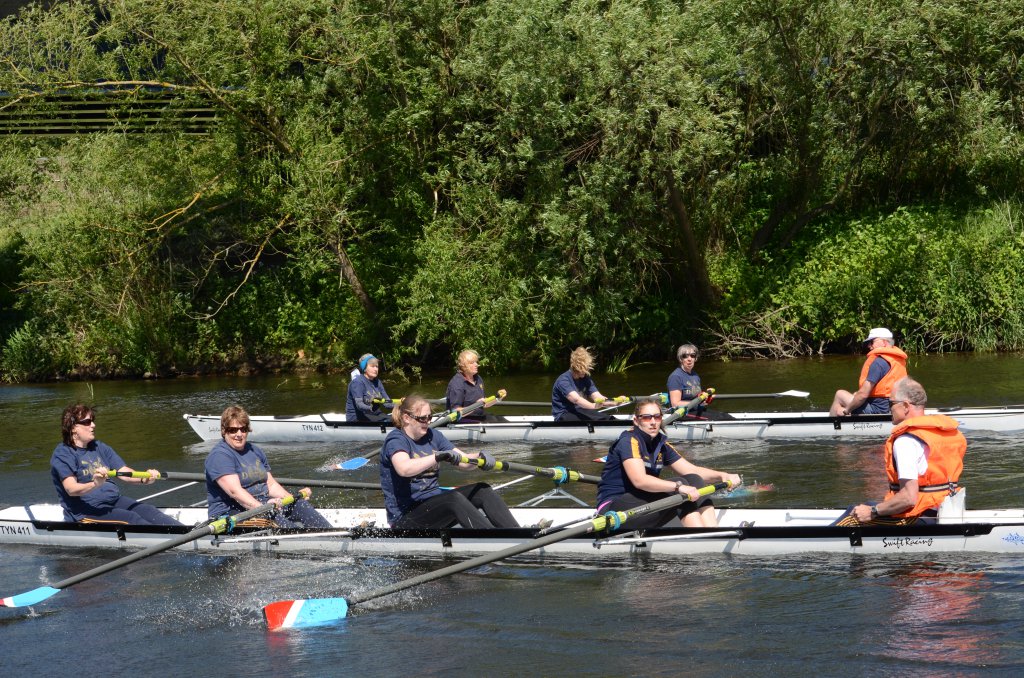 Following the postponement of 2 of the 3 previously scheduled rounds due to unsuitable weather the Sunday League resumed at Chester-le-Street on June 7th with a good turnout of 15 teams from Tyne, Durham, Tees, Hexham, Talkin Tarn and Chester-le-Street Rowing Clubs. 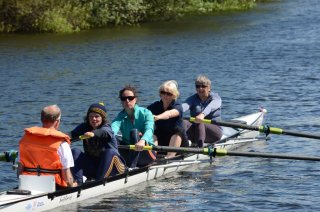 As Chester-le-Street don’t have stable boats it was the turn of DARC, along with Tyne RC, to provide the boats that are shared by all the participating crews. Clockwork precision enabled a speedy turnaround of trailer after Hexham Regatta the previous day to enable the event to get underway on time. 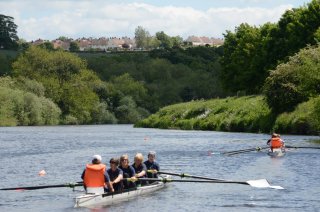 This was to be the first sweep-oared round of the season. DARC entered 4 coxed fours including a women’s crew, DARC Green, making their debut appearance, who had instant success winning 2 races. DARC Demons (Margaret Richardson, Debbie Jahangiry, Gene Dobson and Maureen Miller) fared best on the day with 3 wins from 4 races. 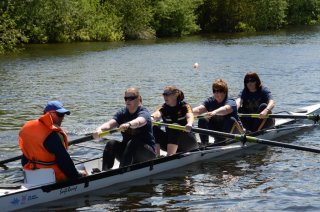 There were several close finishes in both Open and Women’s categories, raced over a 350 metre course, with competitors and spectators welcoming bright sunshine and the plentiful supply of cakes and bacon butties provided by the host club.

After 2 rounds, Up Tyne Funk (TYN) lead the way in the Open competition with an unbeaten record of 8 points, followed by Darc Desperados with 5 points. In the Women’s competition Tyneapple Chunks (TYN) also have a 100% record with 6 points and are followed by 3 teams on 3 points – Darc Demons (DUR), Hexys Midnight Rowers (HEX) and Great Hexpectations (HEX). 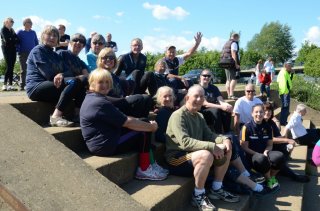 The next round takes place at Hexham in July.