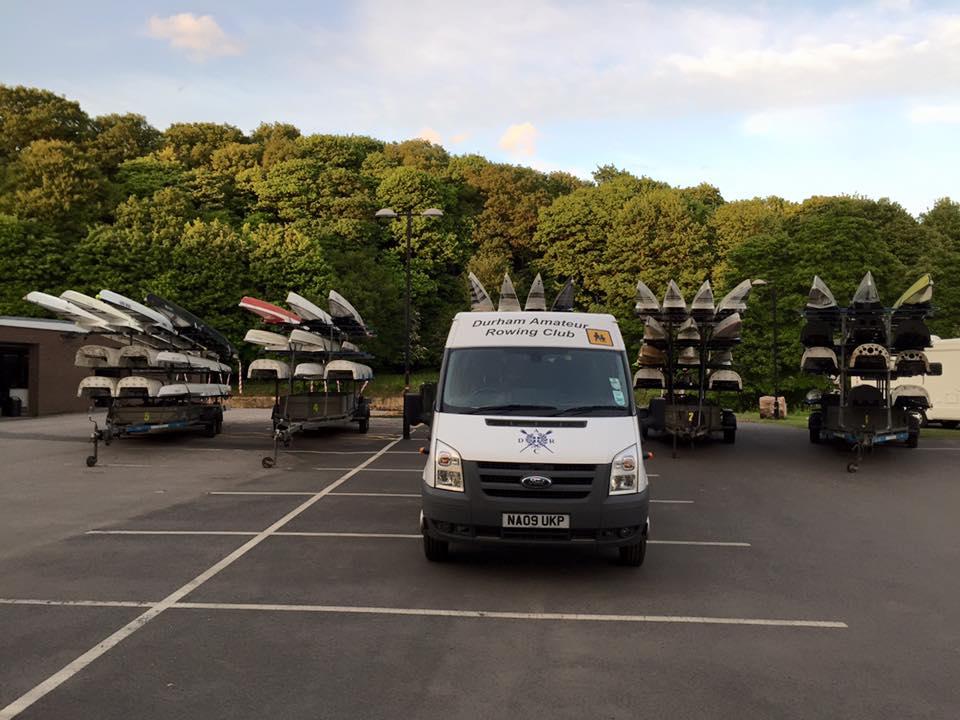 Saturday June 6th saw the roadshow off to Hexham for the latest round of the local regatta season for what is one of the largest events in the northern calendar. Falling near the end of term and the week before Durham Regatta Hexham Regatta attracts a large entry from both club and college rowers, with this year’s entry establishing a new high well in excess of 400, leading to several entries having to be rejected in order to whittle down the number to a more manageable 397. 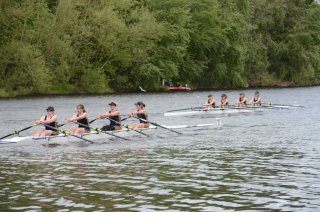 In addition to 30 crews from DARC the total included many entries from Durham University colleges with a large entry in novice and intermediate eights and coxed fours. As well as transporting boats for its own crews DARC provides trailerage for the colleges, which entails the huge logistical exercise of loading boats for all entrants on to trailers and transporting them to and from Hexham. This year achieved new heights with five trailers fully loaded on Friday night and ready to set off early on Saturday morning in time for the first race at 8am. 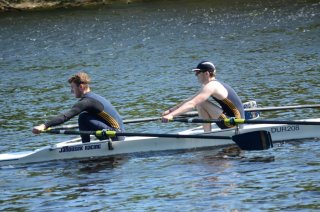 Road closures and a forecast of high winds for the next day caused some anxiety and uncertainty, unfounded as it turned out. The decision was taken to shorten the course to 600 metres to reduce delays aligning crews at the start in the blustery conditions, and although the weather did lead to some crews scratching, much excellent racing was enjoyed. 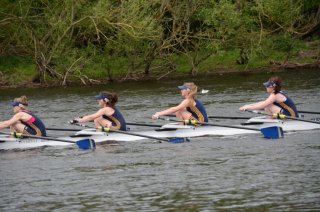 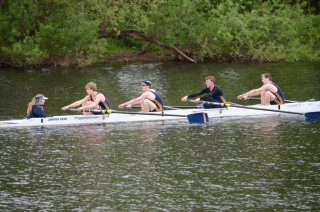 The organisers did well in keeping racing ahead of schedule for most of the day.

With trailers duly returned Sunday’s task was to unload them all again, all in a weekends work! Now for our biggest event of the year, Durham Regatta, on June 13th and 14th! 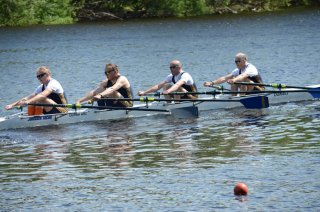 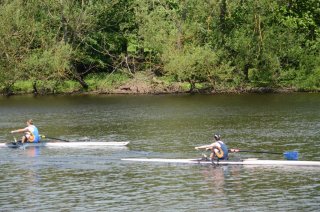 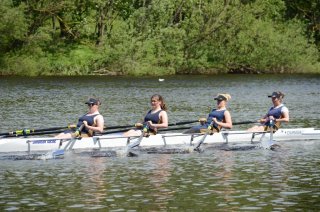