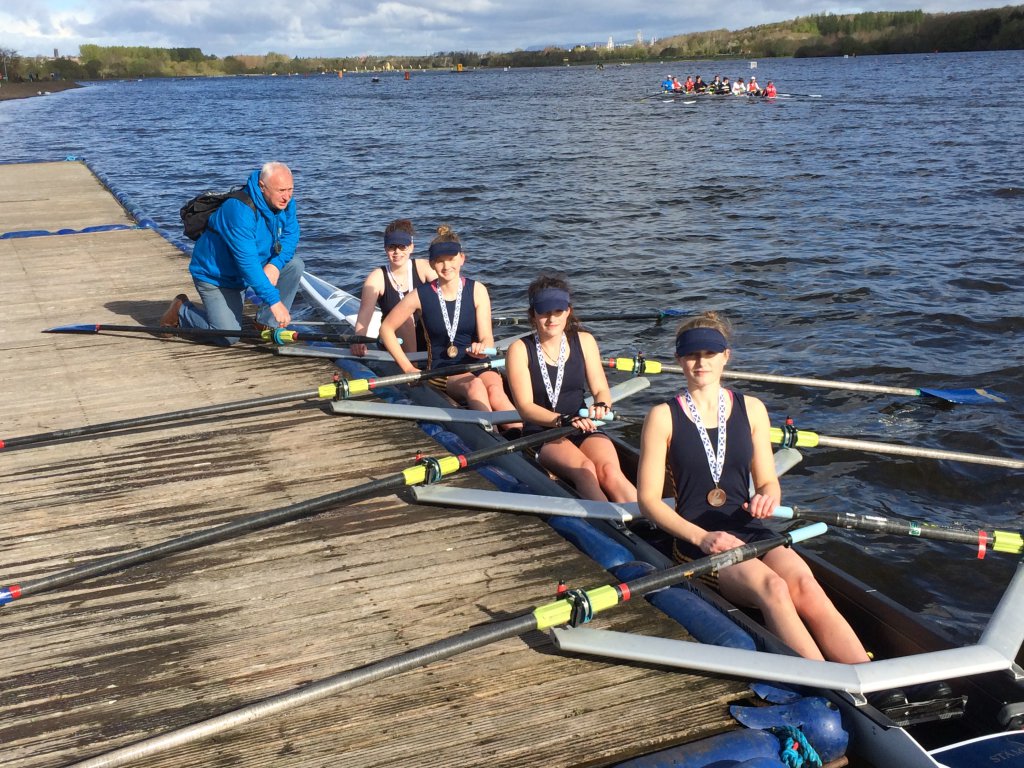 The first multi-lane regatta of the season took place at Strathclyde Park over the weekend of April 25th/26th with the Juniors sending a large contingent. This is a major event which takes place under the banner of Scottish Rowing and attracts entries from all over Scotland and the north of England.

Pride of place went to the J18 girls – Katie McDaid, Carina Sowerby, Lauren McMillan and Jess Harris (pictured with coach Gordon Beattie). Following an unbeaten head season when they were often the fastest women’s boat on the river they continued their impressive form with victories in the coxed 4 on Saturday (with cox Rebecca Jackson) and the coxless quad on Sunday.

There were also victories for the Restricted 2 coxless quad of Elliot Kay, Richard Matthewson, Robbie Lyons and Cameron Cutts, the Novice coxed 4 of Josh Stephenson, Tim Hopper, Elliot Kay, Jacob Lutz-Nattrass and cox Elise Sanderson, the Women’s Masters double of Gill Prescott and Helen McMillan, the Women’s Masters coxless quad of Gill Prescott with a Strathclyde Park and Loch Lomond composite, and many other creditable performances.