Several veteran members of Durham ARC flew the flag for the Northern Region and travelled to Vienna to compete in the World Masters Rowing Regatta from 3 – 6 September.

Gill Prescott was second in the WD1x as were Hazel Stainforth and John Appleby in the Mixed F 2x.  Martin Judson and David Walker finished third in the E2-. The Men’s E 8+ and the Mixed 8+ German composite also finished third. 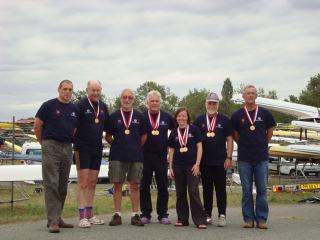