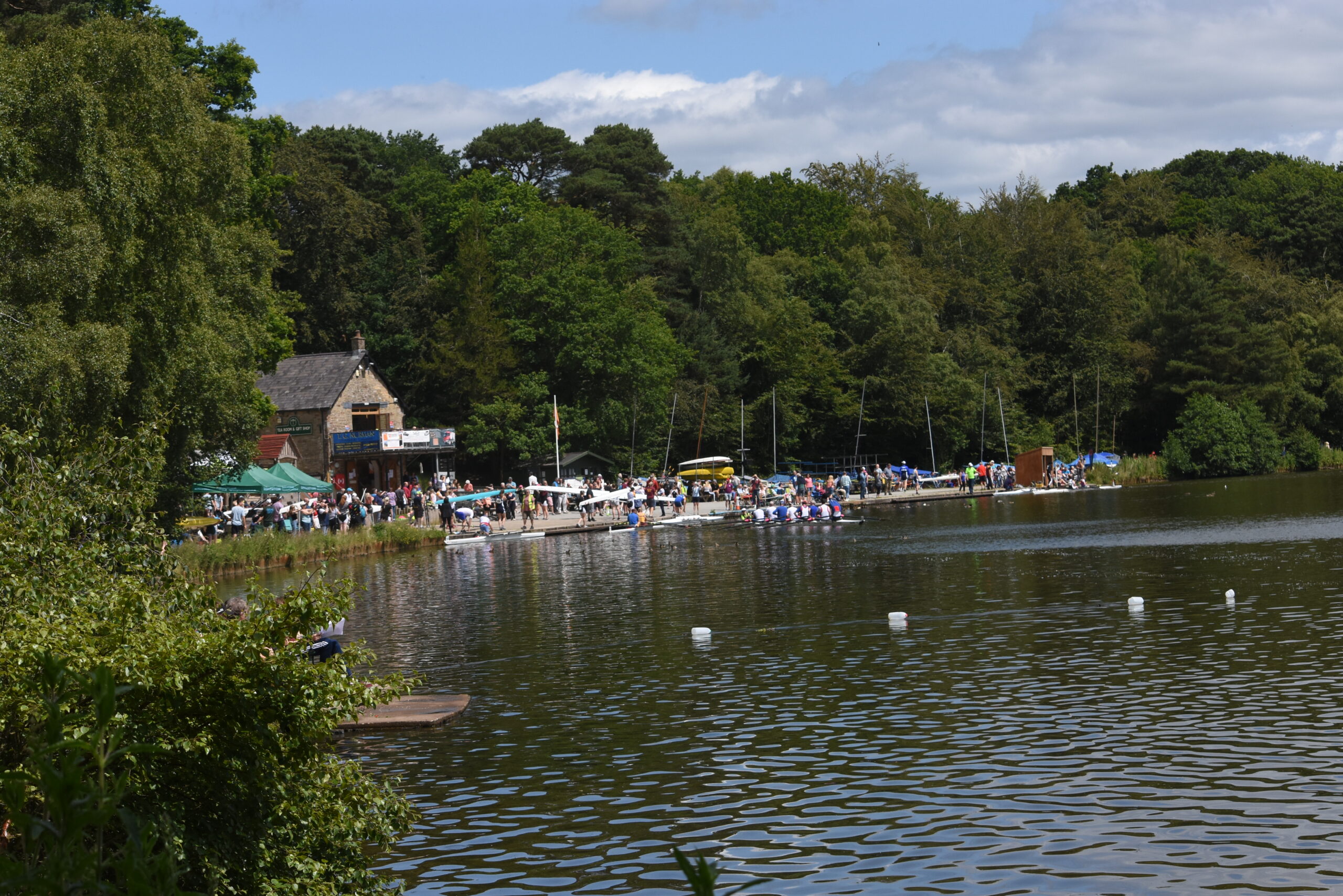 After a hectic 12 weeks the Northern regatta season drew to a close in breezy conditions at Talkin Tarn on July 2nd, coinciding with semi-finals day at Henley Royal Regatta. Always a popular day the longest journey for the Club attracted 31 entries from DARC for the annual trip into Cumbria.

Racing in 3 divisions on the 3 lane course over 700 metres included a few interesting crew combinations and some Durham v Durham encounters.

In Division 1 the J18 girls divided into two coxless quads and were drawn to race against one another in the semi-final. Miriam Stewart’s crew came out on top and progressed to the final only to be beaten by half a length by St Leonard’s School. The J18 boys double lost their semi-final against City of Sunderland RC.

The J16 boys entered two coxless quads but were eliminated in the semi-finals by St Leonard’s and Queen Elizabeth High School respectively.

The Senior Women had two entries in the Women’s 2x but both were beaten by an experienced Hexham Masters pairing. Nick Baird appeared in the final of band 1 of the Open single sculls but lost to Stuart Heslop of Hexham RC.

The Masters E quad was knocked out in their semi-final against the eventual winners from Sunderland. The only victory of Division 1 went to Helen McMillan who won the Women’s Masters E single sculls, beating the Windermere WMasF sculler in the final.

In Division 2 the first entry of the day from the J15 boys saw the coxed quad defeated by Tyne ARC in the semi-final.

There were three entries from DARC in the Women’s coxed four, the J17 girls knocking out one Senior Women’s crew in the first semi-final, while the Senior quad of Katie McDaid, Gabrielle Maxfield, Fran Whitfield and Anna Golightly entered as a 4+ and overcame QEHS in the second semi before defeating the DARC J17 girls by 3 lengths in the final.

In another encounter in the Open pair David Beeby and Elliot Kay overcame Chester-le-Street and St Leonard’s in the first semi-final, while Nick Baird and David Rutter beat another St Leonard’s crew in the second. The two DARC combinations met in the final with Baird and Rutter emerging victorious by 1 length.

The J18 boys, Ellis Black, Thomas Crabtree, Jacob Windle and Lewis Davison, entered the Open 4x- and overcame Sunderland and Nithsdale in the semi-final before beating the Talkin Tarn Masters 4x in the final. The J18 girls 2x lost against Tyne United in their final.

John Watkinson and Paul Rutter in the Masters G 2x won against two MasE crews from Lakeland and Talkin Tarn in the MasEG 2x final.

The Tees MasG 8+ ran out winners of the MasFG final by one and a half lengths against opposition from a Durham ARC MasF eight stroked by John Appleby and a Tyne ARC MasF crew.

In Division 3 DARC boated three eights in the Open 8+, with junior crews coxed by coaches, the J16 boys winning through the first semi-final against QEHS. The J18 girls then knocked out the J18 boys in the second semi, before losing against the J16s in the final.

Aisling Dutton and Gabrielle Moore in the WMasE 2x overcame a Lakeland WMasF 2x in the semi final of the WMasDEF 2x but lost by 2 feet to the Lakeland WMasD combination of Sam Ayers and Julia McCumskey in the final.

The final victory of the day went to the J15 boys double of Ben Cardy and Joe Kennedy-Wharton who came through two close races, winning the semi-final against Lakeland and QEHS by 1 length before beating Tyne ARC and Tyne United by half a length in the final.

Eight wins overall rounded off a satisfactory day. Thanks to all at Talkin Tarn for organising the event.

Results of all races can be found on EasyRegatta.

Talkin Tarn concludes the action for the majority, but national competitions continue with Henley Masters Regatta on July 8th and 9th, and the British Rowing Junior Championships on July 15th to 17th. 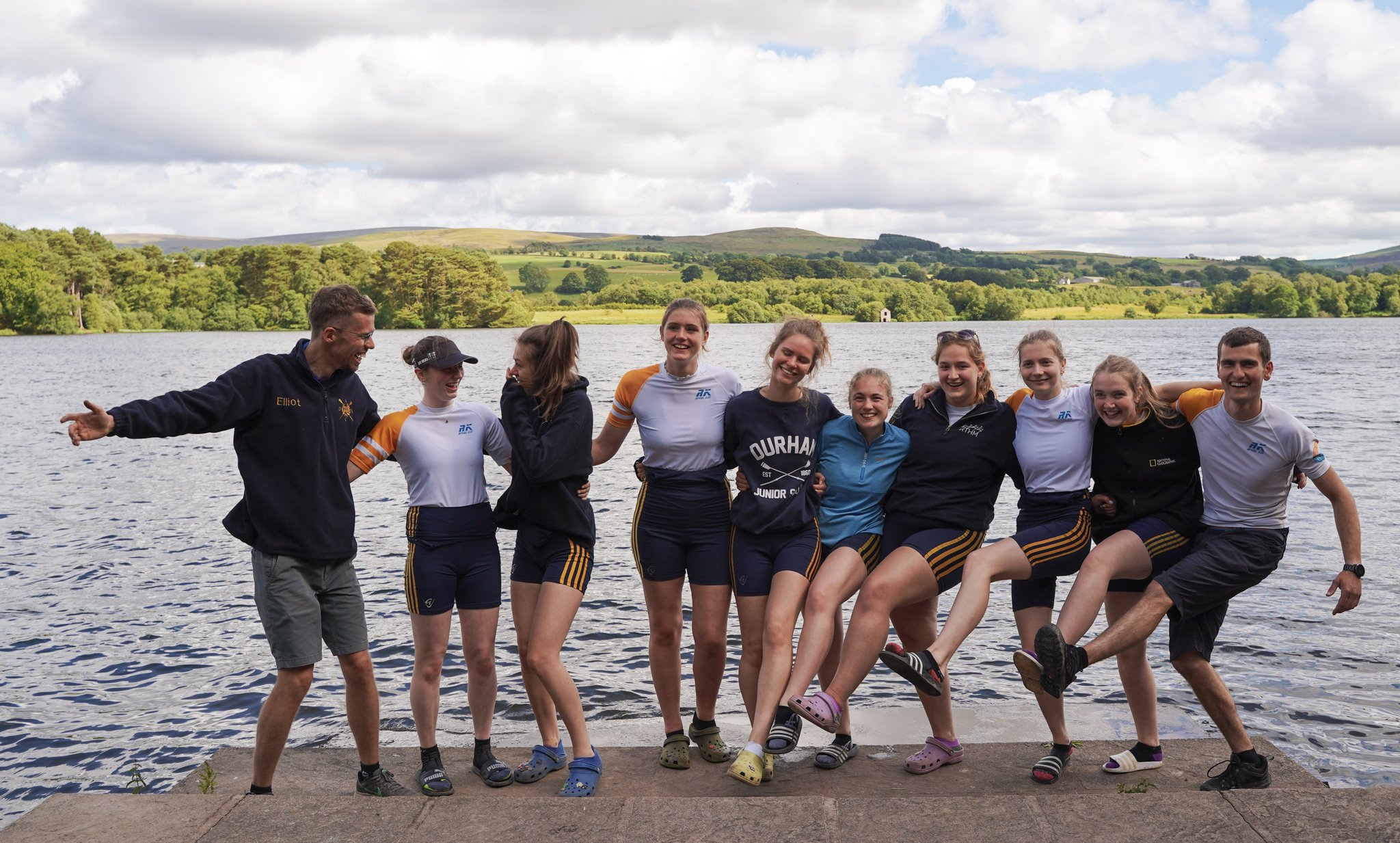