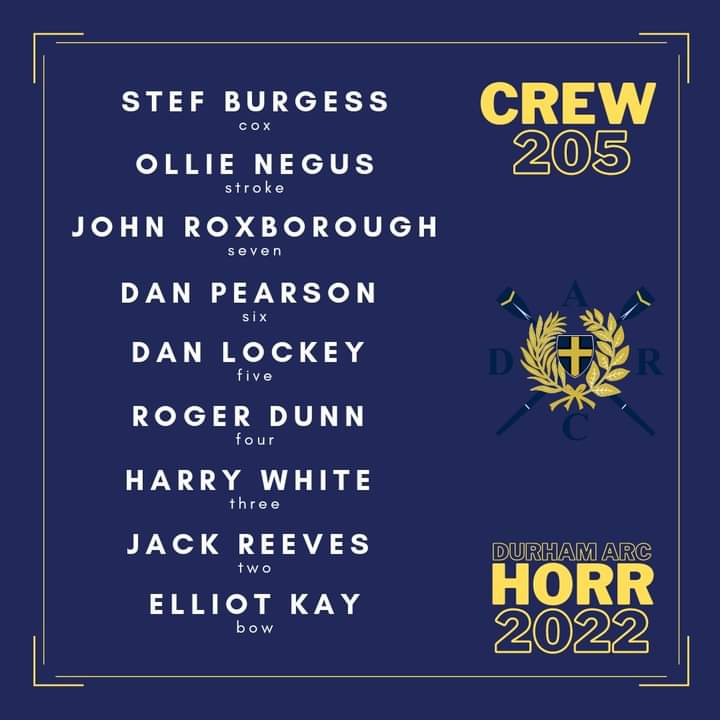 On Saturday, March 26th Durham ARC had its first entry in the Head of the River Race (HoRR) since 2014, represented by the Senior Men’s Eight of Elliot Kay, Jack Reeves, Harry White, Roger Dunn, Dan Lockey, Dan Pearson, John Roxborough, Ollie Negus and cox Stef Burgess, who were drawn to start number 205 of 295 entries from around the UK and overseas. 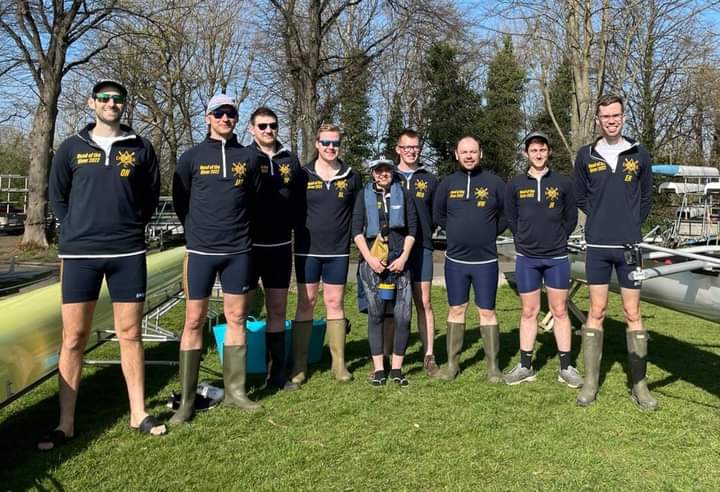 Classified as one of 21 medium-sized clubs the DARC eight would be among 50 entries contesting the Jackson Trophy for clubs not based on the Tideway. Racing in The Legend Clive Hole the crew produced a fine performance in ideal conditions, finishing 167th of 283 finishers in a time of 20.43.7 over the 6.8km Championship course between Mortlake and Putney, giving them 30th position in the Jackson Trophy for non-Tideway based provincial clubs, and 6th place in the medium sized club pennant competition. 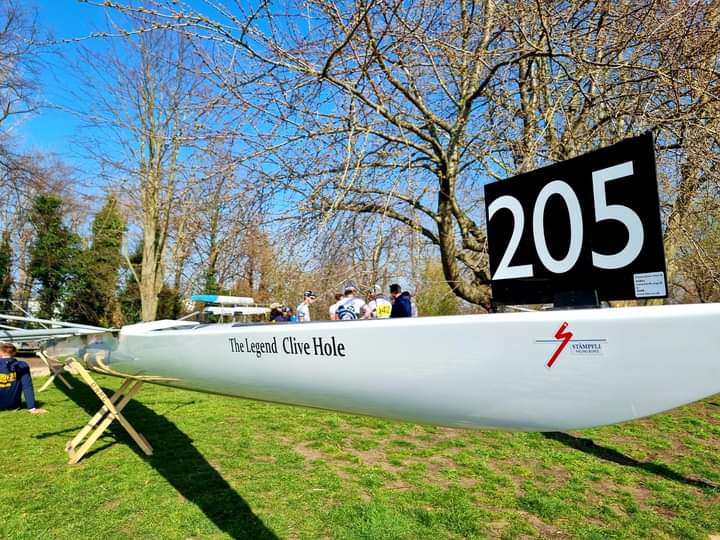 The Legend Clive Hole at HoRR 2022

Brought together by John Roxborough the squad had only been training together since last autumn and with racing opportunities over the winter months much curtailed by the weather, they had already recorded significant success locally with victories in the band 3 Open 8+ at Tyne United New Years Head in January and in band 4 at Rutherford Head in February.

Overall victory for the Fairbairn Trophy went to Oxford Brookes University Boat Club A in16.59.8. The Jackson Trophy was won by City of Bristol RC with a time of 18.35.4, and the medium-sized club pennant went to St Andrew Boat Club in 19.23.2.

Thanks go to Cygnet RC and Barnes Bridge Ladies RC for hosting us. 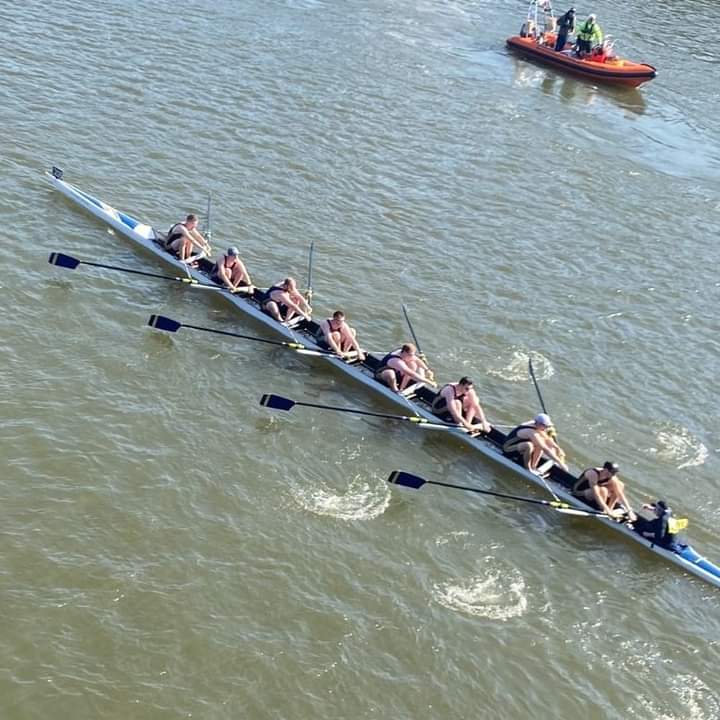 HoRR crew on their way

Traditionally held the week before the University Boat Race Covid restrictions meant that it was the first occasion since 2019 that the climax of the head racing season had been able to take place, and while the other Tideway heads, the Women’s Eights Head of the River Race, the Schools Head and Veterans Head all went ahead in 2022 none had an entry from DARC.

Full results from HoRR can be found here.

A recording of the race livestream is available on YouTube.

Also on Saturday 26th members of the Junior squad took part in Ponteland Junior Head, hosted by Tyne ARC and contested over 2.4km of the River Tyne between Ryton and Stella.

Taking place on a tidal river its date is governed by tide times and consequently it usually coincides with one or other of the Tideway Heads in London.

Conditions on the Tyne were equally benevolent, leading to an excellent day’s racing over 3 divisions. DARC had two entries in the J15 double sculls and one in the J15 coxed quad, the 2xs placing 1st and 3rd, and the 4x+ third.

Results for the 3 divisions can be found on the Tyne ARC website here.

Following the results of the regional trials and the Ponteland Head the team to represent the Northern region at the Junior Inter-Regional Regatta on April 23rd is expected to be announced shortly.

The Boat Race is next Sunday, April 3rd, heralding the start of the 2022 regatta season.