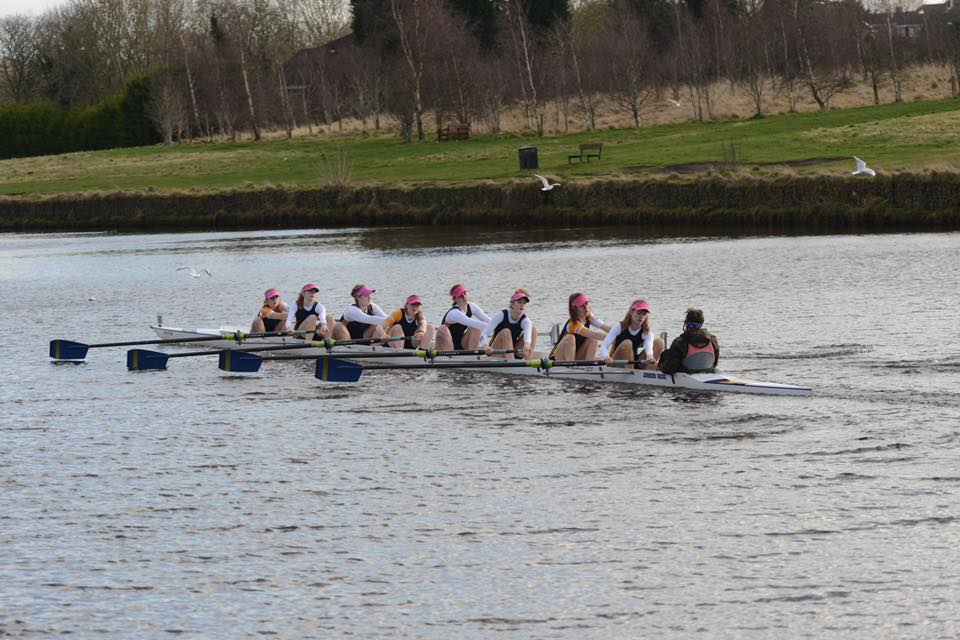 Eleven Junior crews from Durham ARC were among around 100 entered for the Junior Inter-Regional Trials at Cambois Rowing Club on Saturday, February 8th.

The outcome of the time trial raced in 2 divisions over a 1000 metre course on the River Wansbeck serves to determine the selection of the Northern squad sent to the Junior Inter-Regional Regatta (JIRR) on April 25th when teams from each of the 12 British Rowing regions will compete over 1000 metres on the 4-lane course at Peterborough.

For the first time the trials was registered as a British Rowing competition with entries being administered using the BROE system. 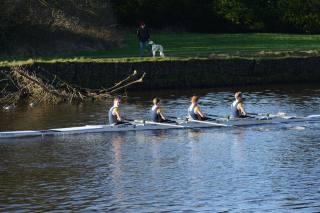 Successes for DARC went to the J16 boys 4x-, J15 girls 4x+ and J14 boys 4x+, each of whom were fastest in their event and will qualify for the team. Further wins went to  the J16 girls 2x and J15 girls 2x but as the rules of the competition stipulate that members can only represent the region in one crew places in these two events will be filled by the crew placed second at the trials.

The J16 girls 8+ were unopposed finishing in 4.02.5 but their selection may yet depend on whether they are challenged at Ponteland Junior Head which takes place on the Tyne on March 21st. 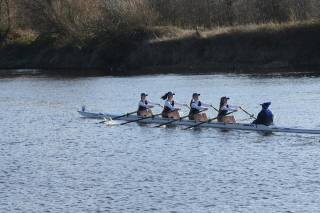 After the cancellation of last year’s JIRR Peterborough will be a new venue for the event which has normally been contested over 1500 metres on the 6-lane course at Nottingham, the shorter distance being necessary because of the reduction in the number of racing lanes. 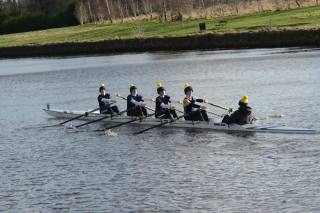 Good fortune and sterling efforts by the host club enabled the event to finish just in time before the arrival of Storm Ciara. It proved to be a very successful day for the club with potentially 23 places out of a possible 73 seats secured in the team to represent the Northern Region. 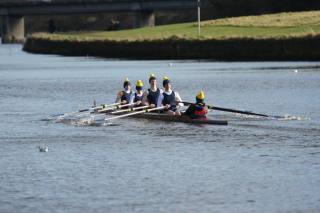 Thanks to Adam Lambert for providing photos and to all at Cambois for putting on another successful event.