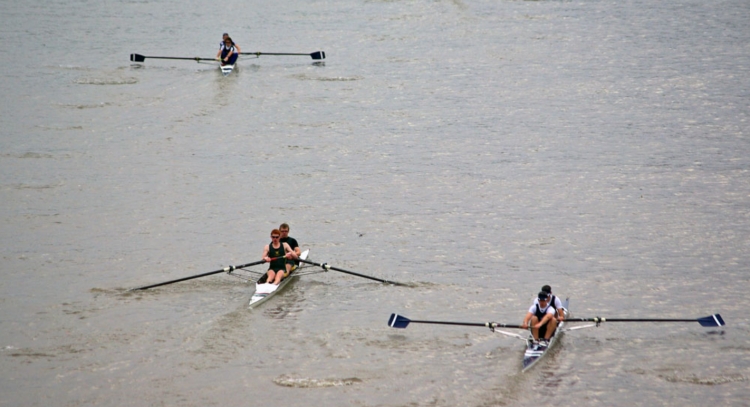 The first of the Tideway Heads of the season was the Pairs Head on October 6th. Raced over 4.5km of the River Thames between Chiswick Bridge and Harrods Wall near Hammersmith Bridge the event for doubles and pairs reached capacity a week before the closing date at 450 entries.

A forecast of blustery winds and rain for the weekend caused a scare but the organising committee decided that conditions were within their parameters and the race went ahead.

DARC was represented by Gill Prescott in the Women’s Masters F/G double scull (for ages 60 to 69) with Eva Rankin of Loch Lomond, the pair drawn to lead off the 7 entries in their category sculled superbly to win, extending the margin of victory to 37 seconds, finishing 307th out of the 418 finishers. “They were flying along!” reported one eyewitness.

Ben Rodford has provided an image of the crew in action here.

The Pairs Head is organised annually by Barnes Bridge Ladies Rowing Club (BBLRC). Final results are on the BBLRC website.