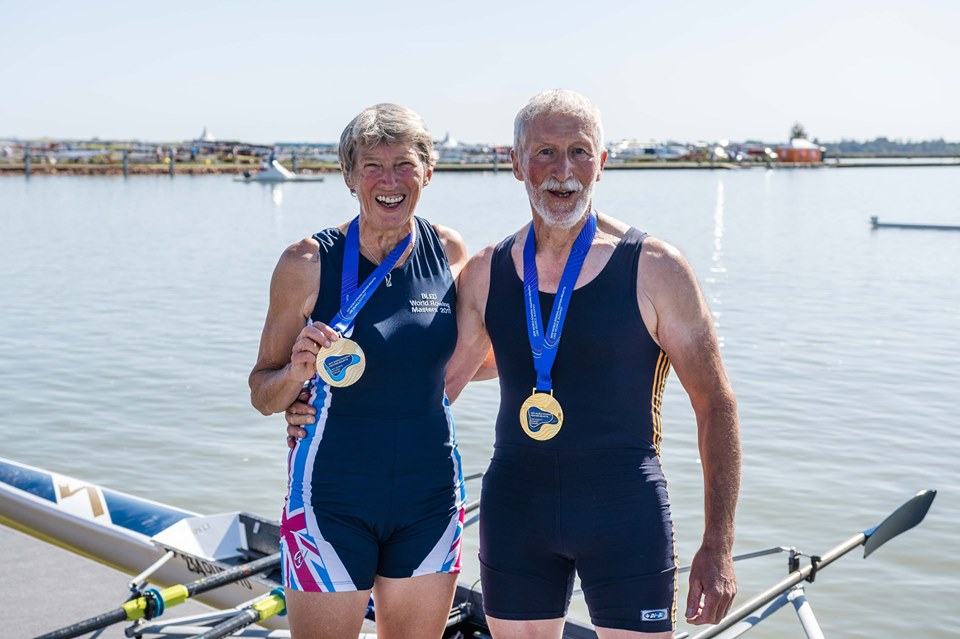 Durham ARC Masters took 2 trailers and a team of 5 drivers to Lake Valence in Hungary to compete at the World Rowing Masters Regatta, entering 24 races over the 5 days of competition between September 11th and 15th.

The regatta attracted over 5000 entries representing 52 countries, the men’s single sculls having the greatest number of entries with 1050, including 150 entering at masters D (50 years or over) and another 150 at masters E (55 or over). The age of competitors ranged from 27 to 93.

Because of the large number of entries races started every 3 minutes during the regatta, meaning no progression system through heats, semi-finals and finals, so all races were in effect finals with medals awarded to the winner of each race.

The club returned with wins in 4 events, three of them involving John Appleby. The first win came on Thursday for Andy Jaggard of DARC and Nick Cowan of Lakeland RC (left) in the MasF 2x, winning heat 7 in a time of 3m 45.59s for the 1000 metres. Three DARC crews took part in this event, with John Appleby and Micky Stevens finishing 2nd in heat 13, and John Watkinson and Paul Rutter 3rd in heat 5.

On Friday John Appleby and Micky Stevens (who the previous week had celebrated 50 years service with Durham County Council) competed again in the MasG 2x, this time winning heat 8 in a time of 3m 45.3sec for John to claim his first medal.

The next medal came on Saturday in the MasG 1x, an event in which DARC had 2 entries. Andy Jaggard went in heat 6 and finished 3rd in 4.09.42, before John Appleby (after finishing 2nd in the MasH 1x on Thursday) won heat 13, albeit in a slower time of 4.14.54, to secure his second medal of the week.

The third medal for john Appleby, and 4th for DARC, came in Sunday’s mixed races where John combined with Eva Rankin of Loch Lomond (in top photo) to win the Mixed Masters G 2x, also posting the fastest time of the four heats (3.59.83).

Another 3rd place finish for DARC came on the first day of the regatta on Wednesday for the Durham/York composite Women’s Masters E 8+ including Gabrielle Moore, Clare Blowey and Sarah Rutter. 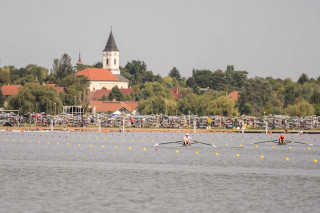 Other results as follows – 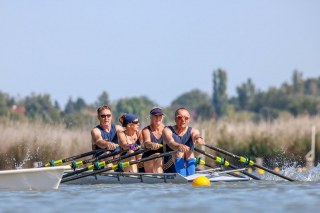 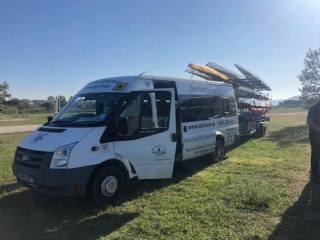 Results from all 5 days are available on the Regatta Central website.

The 2020 World Masters Regatta will  be staged at Linz-Ottensheim, Austria, and will take place on September 2nd to 6th.