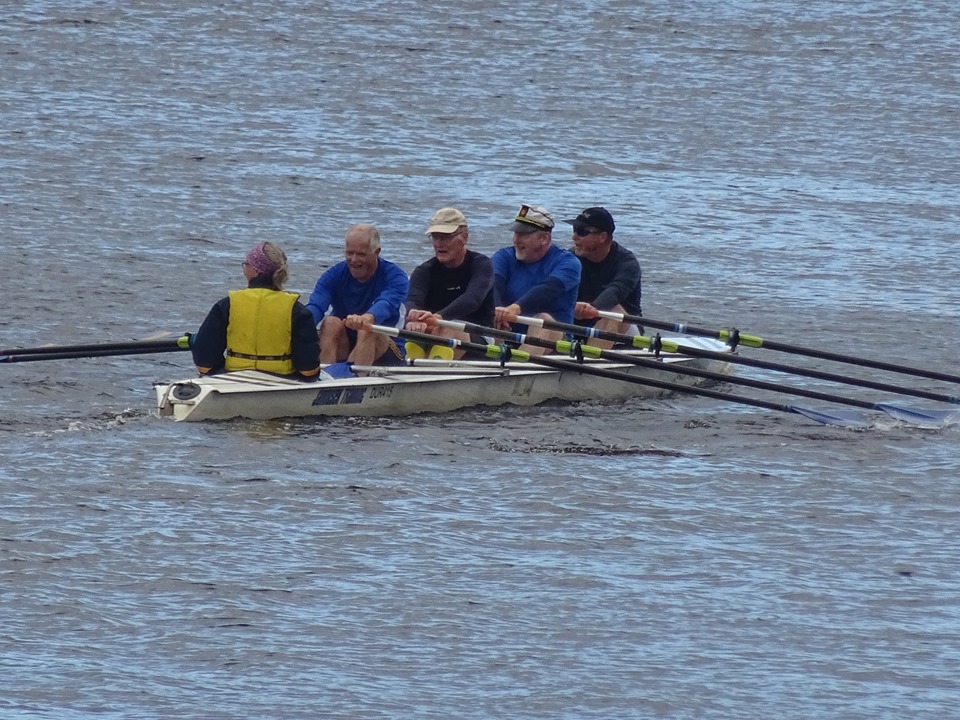 Competing for attention with an England rugby international and the Great North Run meant that this year’s Great Tyne Row could have easily been overlooked in the Tyneside sporting calendar. Thankfully it survived a late weather scare to go ahead on Saturday September 7th after a 2 year absence.

Eighteen crews entered, 17 stable coxed quads and a fixed-seat coastal skiff from Eastern Amateur Rowing Club in Portobello, Edinburgh, well down on the 34 for the 2017 event. Other entries from outside the northern region included Runcorn, Devil’s Elbow and Weyfarers. 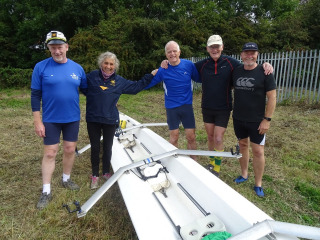 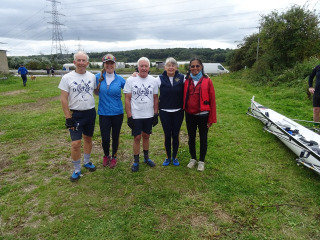 All was calm as the flotilla departed from Tyne ARC’s clubhouse at Newburn just after noon on the high tide, but this was soon to change. Forty minutes or so later crews arrived to the spectacle of a large crowd assembled at the Quayside bridges, unfortunately gathered to watch the Mini Great North Run rather than the rowing! Phil has provided some video footage. 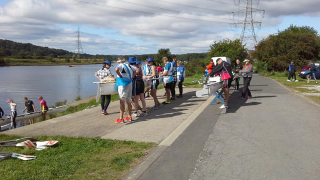 After the Millennium Bridge was when the fun started as crews rounded the bend at Bill Quay into a northerly headwind and the start of a battle against choppy water which was to continue for the remainder of the 25 kilometres finishing at the North Shields Fish Quay. 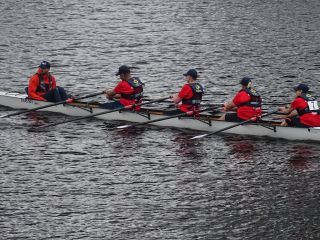 Conditions were declared unsuitable for the customary crossing of Tynemouth harbour so, instead of landing at the usual site in the Haven at Tynemouth Rowing Club for the anticipated post-event BBQ, boats were hauled on to the beach next to the Old Low Light Heritage Centre, to where trailers then had to find their way to collect them, before wet and weary rowers and coxes were able to make their way by land to Tynemouth RC ready for the presentations. 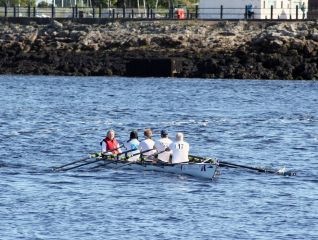 A character building experience without doubt – “a big sense of achievement and a privilege to be part of a great crew,” declared Paddy of Darcness Monsters, while for John in Tyne, Gentlemen Please it was “certainly a different experience in the last 7k when the big waves came in.”

For none was the achievement greater than the four graduates of the Durham University community Learn to Row scheme who all have visual impairments. Coxed by Mark French their efforts were recognized by the organising committee in presenting the crew with the Harry Clasper Award. 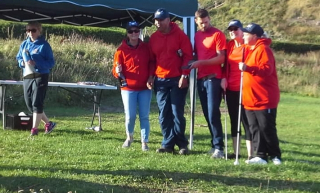 Thanks go to everyone involved in organising the event with its many logistical complexities, and special thanks to Mark French for towing the Durham boats to Tynemouth and back.

Other awards went to the overall fastest crew “It’s Chico Tyne” from Tyne ARC who completed the course in 1hr 52mins. The fastest mixed crew prize went to Wandering Weyfarers from Weyfarers RC in 1hr 57mins, and the fastest women’s crew was won by Weaver Divas from Runcorn RC in 2hr 2mins.

Results, times and awards are here.