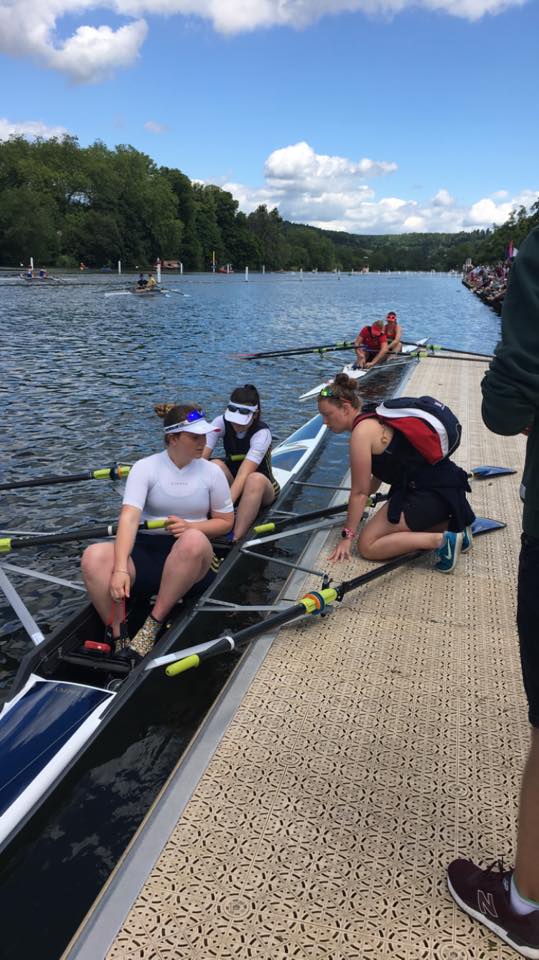 DARC’s senior squad was represented at Henley Women’s Regatta by Grace Stewart-Piercy and Gabrielle Maxfield in the Aspirational double sculls. The pair took part in the time trial over 1500 metres of the famous Henley reach on Friday June 21st. With only 16 to qualify for the knock-out phase of the competition they were unlucky to be placed 22nd, missing out qualification by only 5 seconds.

Results of the time trials can be found here.

There is video footage of the time trials on YouTube with the DARC crew appearing just under 3 hours in.

The three day event is the most important rowing competition for women in the UK and each year attracts competitors from around the world.

The squad also had some success at York Summer Regatta on Sunday June 23rd, including a win in the Women’s double sculls, with the men’s coxless quad reaching the final of the Open 4x- and the Open coxed four reaching the semi-final in the band 1 event.