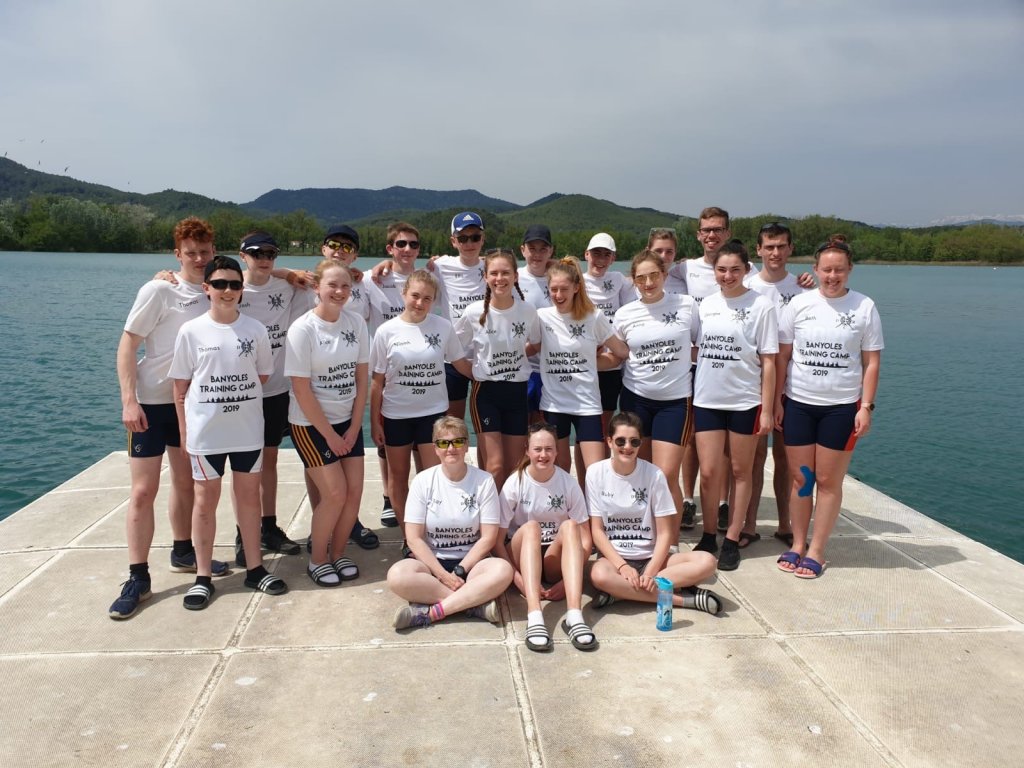 In April this year 17 rowers and 4 coaches flew to Catalonia for a week of hardcore training and a lot of fun. There was plenty of work but lots of fun too and just enough drama to keep everyone on their toes.

Each day we had access to 2 coxless quads, a brand-new coxless 4 and 3 doubles (RIP Anna’s Leg!). We also had access to a coaches launch AKA the banter boat! Seeing as it was the first try at foot steering for nearly everyone there were some interesting lines but by the end we all got the hang of it – nearly. Except in the four where even David struggled to keep a straight course. 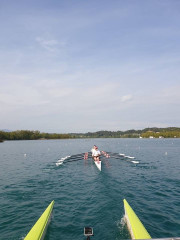 The lake was beautiful with a 6 lane, 2-kilometer course surrounded by tall mountains.  With an average of 4 trips per session and 2 sessions a day a large distance was covered which lead to many sore muscles and even more blisters (thank you coaches for all the plasters and tape that we used!) but nevertheless we took all our comments with us and I think everyone massively improved on technique and overall strength.

But rowing wasn’t the only thing that we got up to, there were countless games of rounders featuring: Ruby’s deadly bat-throwing; deafening screams of LEFTY and BIG HITTER and not to forget rapid Ray’s full rounder!  Thank you to Beth for attempting to keep the peace – who knew rowers were so competitive at rounders?  During our breaks we went lake swimming twice – pulling David in off the kayak the first time and jumping in off a huge diving board on the second although that wasn’t needed to throw Elliot in the lake! 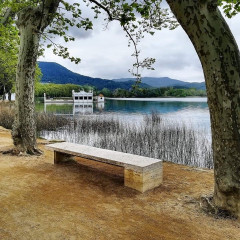 The evenings were spent at our favorite Spanish supermarket or the table tennis area with some Spanish rollerblading girls. Well-done Jude for getting those girls to talk to us! One night featured a rowing related quiz where the competition was obliterated by the coaches. And who could forget the discovery of sunny D and Lewis’ incident with the fish… 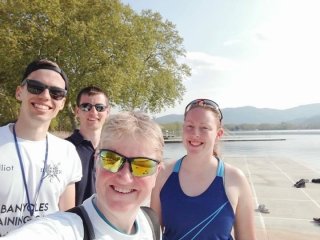 The wonderful hostel workers kept us fed up with two plates of food at every meal time – some of it was rather ‘interesting’ and occasionally we didn’t know what we were eating but the jelly tasted wonderful! We can never forget the hundreds of biscuits that were consumed from the shop – I don’t think anyone would have survived without them. 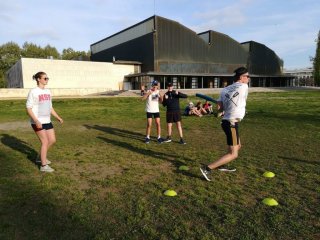 On the final day we spent the morning working in the gym and perfecting our technique with the weights before a long evening session on the water with all the coaches having a go in the boats. This session also featured the famous Scottish four where 4 J15 girls spent the entire session talking down the radios in a Scottish accent. The coaches couldn’t reply because they were laughing so much! 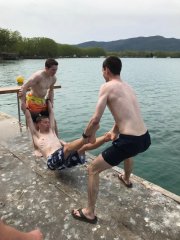 After a fantastic week it was time to go home and with one final game of rounders and a last walk around the lake for photos we headed to the airport, picked up our new unicorn friends Gary and Larry and arrived home safely (Including Niamh thanks to David searching through the bin for her boarding pass after she left it in the Burger King!) 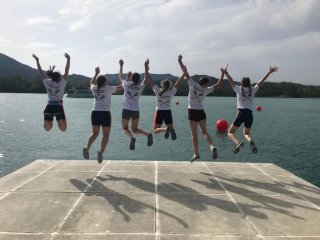 Overall everyone returned more tanned more tired but a much better rower than when we left so I think the club’s first junior training camp to Lake Banyoles was a great success. 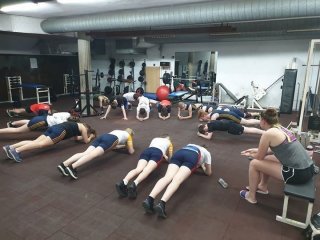 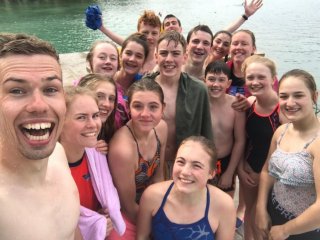 Thanks to Miriam Stewart for the article.