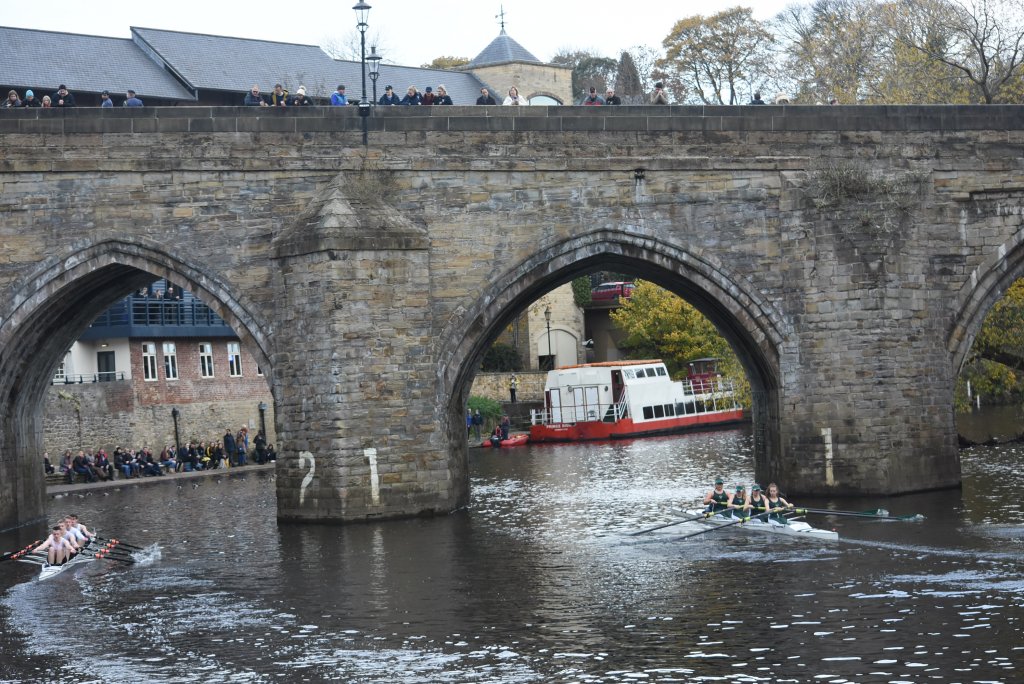 Rowers from across the north of England converged on the River Wear last Saturday for the exciting double header of the final round of the Long Distance Sculling Series (LDS) and Durham Autumn Small Boats Head (SBH), both time trials hosted by Durham Amateur Rowing Club.

The Sculling Series, which is organized by the Northern Rowing Council, includes six rounds over six consecutive weeks, previous rounds having taken place on the Rivers Tyne at Newburn, Tweed at Berwick and Wear at South Hylton, with weather cancellations on the Tees and Wansbeck. Although offering the shortest course Durham is one of the most challenging, with competitors having to negotiate the narrow arches of Elvet Bridge at the halfway point of the 1800 metres. 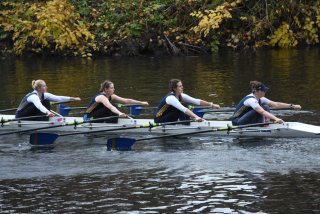 The morning sculling event, open to single, double and quadruple sculls, was followed by two divisions of the SBH, also accommodating sweep-oared boats, the 3 divisions of racing over a 6 hour period providing ample opportunity for competitors and coaches to try out different crew combinations within the safety limit of 300 entries.

The fastest times were posted earlier in the day when conditions were more favourable, before overnight rainfall had time to take its effect on the flow of the river. The overall winner in the LDS division, with a time of 6min.08.3sec, was Durham Amateur Rowing Club’s senior coxless quad of David Rutter, Nicholas Baird, Tom Richardson and Will Hamlyn, fresh from racing at the Tideway Fours Head in London the previous week. 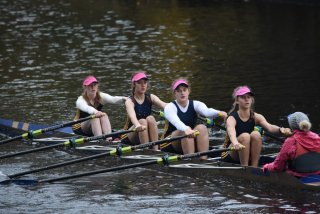 With some of the region’s top competitors away at GB trials in Boston the same day success was distributed between 14 different clubs, DARC faring best by winning 13 categories (9 at the LDS and 4 at the SBH), followed by Tyne ARC with 7 and Durham School with 6 overall. 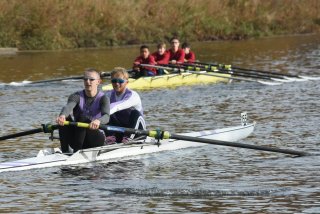 A strong contingent from Durham University Boat Club took the open (7.13.3) and women’s (8.19.0) pairs, Kasey Jobling (8.56.7) won band 1 and Gabrielle Keblyte (9.40.0) band 2 in the women’s single sculls at the SBH, while in the LDS sixteen year-old Adam Morris from Durham ARC held off five opponents from Durham University to take the title of fastest sculler of the day, completing the course in 7.12.5. 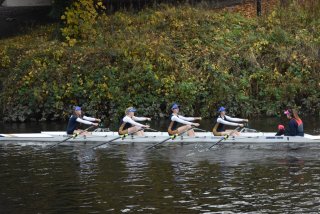 The traditional fierce rivalry between the colleges of Durham University was a feature of racing in the Small Boats Head, with eight colleges providing a total of 35 coxed fours over the two afternoon divisions. For most this was the first opportunity of the new academic year to compete. To ensure fair competition men’s and women’s crews were divided into 3 bands, Hatfield College Boat Club winning band 1 (6.26.6), Queen Elizabeth High School band 2 (7.12.7) and Grey College band 3 (6.58.9) in the men’s coxed fours, while Durham University BC won band 1 of the women’s coxed fours (7.30.1), with Collingwood College taking bands 2 (7.32.3) and 3 (8.35.3). 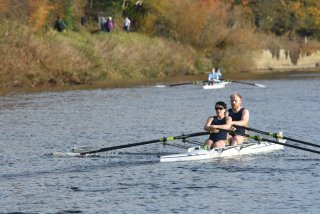 For a full breakdown of times and results in pdf format follow the LDS and SBH links. 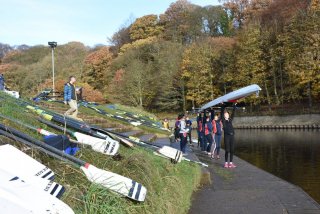 Points gained over the 6 weeks of the Long Distance Sculling Series contribute towards Victor Ludorum prizes for Juniors, Seniors and Masters rowers which will be presented to victorious clubs at the AGM of the Northern Rowing Council on November 26th.

The next Small Boats Head race on the River Wear is on February 2nd 2019.