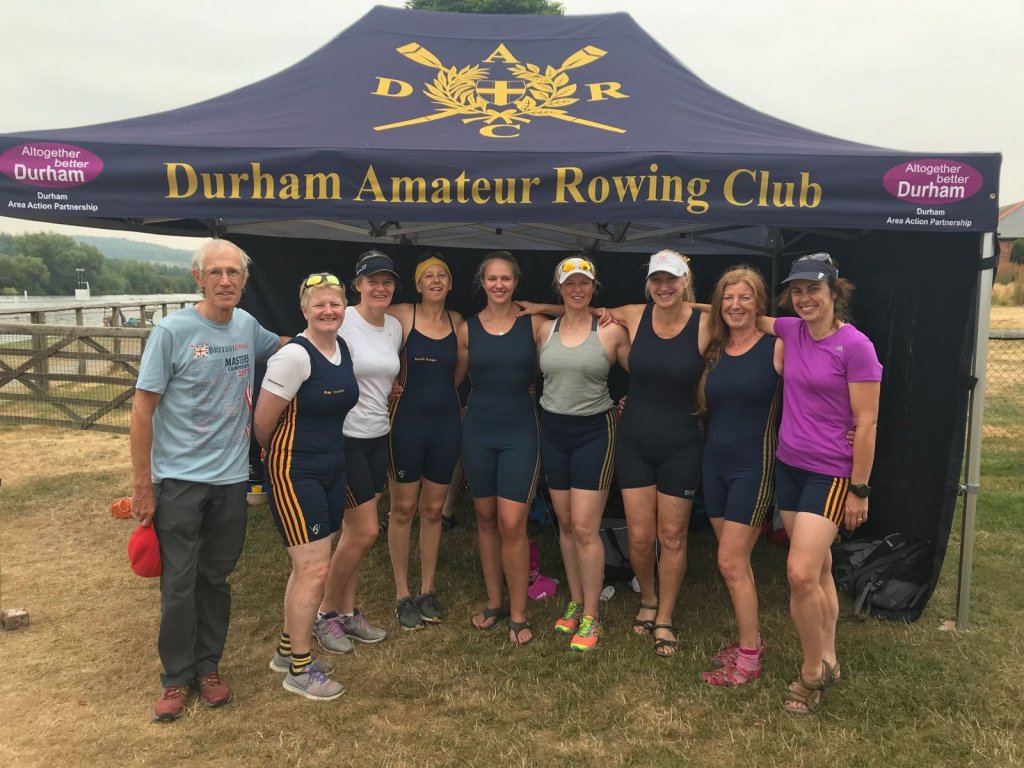 The closest came in only the third race on Friday morning when the Women’s Masters C eight (Jacki Patrickson, Ray Dominy, Sarah Rutter, Gabrielle Moore, Kate Sowden, Heather Tosley, Helen Adair, Clare Woodward and cox Nigel van Zwanenberg), was drawn against Putney Town in their heat, but despite drafting in reinforcements from the senior squad the outcome over the 1000 metre course was victory for Putney by a margin of only 2 feet.

In the other Friday races the MasE quad lost in their heat against Norwich by 1.75 lengths, the MasF coxed four lost in the semi-final against Grosvenor RC from Chester by 2 lengths and David Muse went down by 2.5 lengths against a Leicester opponent in the heat of the MasB single sculls.

On Saturday Kim Forster was beaten by 3 lengths by her Milton Keynes opponent in the semi-final of the Women’s MasC single, while Andy Jaggard, having progressed through the heat of the MasG single sculls against Grosvenor, came up against an old adversary from Poplar in the final and went down by 1.25 lengths. In the very next race Joyce Collett, making her first appearance at Henley, went down by 1 length against strong opposition from Tideway Scullers in the final of the WMasG single. Lastly the MasG double was beaten in the final by 2 lengths by Dart Totnes.