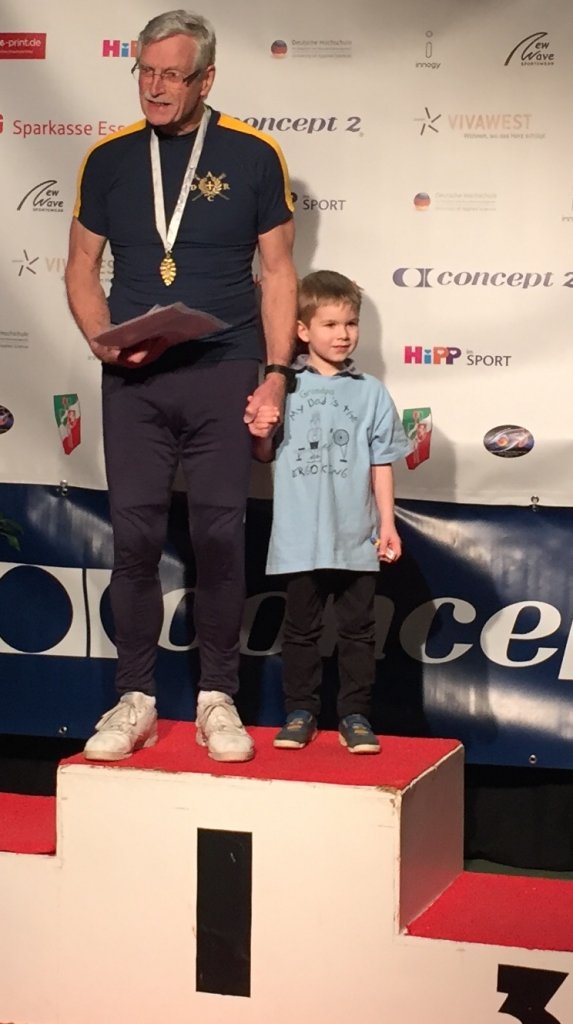 Roger Stainforth concluded an excellent season on the indoor rowing circuit, winning last weekend in the 70-74 age category at the German Indoor Championships in Kettwig-Essen.

This sixth victory rounds off a highly successful season in which he has won medals at the North-Eastern, Scottish, Welsh, British, Irish and German Indoor Rowing Championships.

Although without opposition on this occasion he recorded a time of 3min 28.1 sec for the 1000 metre distance. The real excitement was the race against the German national champion Christian Sommer who moved up an age group this year and was on the machine next to Roger. A really close race ensued, stroke for stroke, every metre of the way. At 500m the splits were 1.43.6 and 1.44.7, with Roger down by 1.1sec but having raced Herr Sommer many times before he knew he was better in the first half than the second. The second 500m splits were 1.44.8 and 1.43.4, making Roger the winner overall by 0.3 seconds!

There is footage on YouTube with the race at 4hr 37.0 while at 5.49.35 Roger is joined on the podium by his grandson Maximilian after receiving his medal.