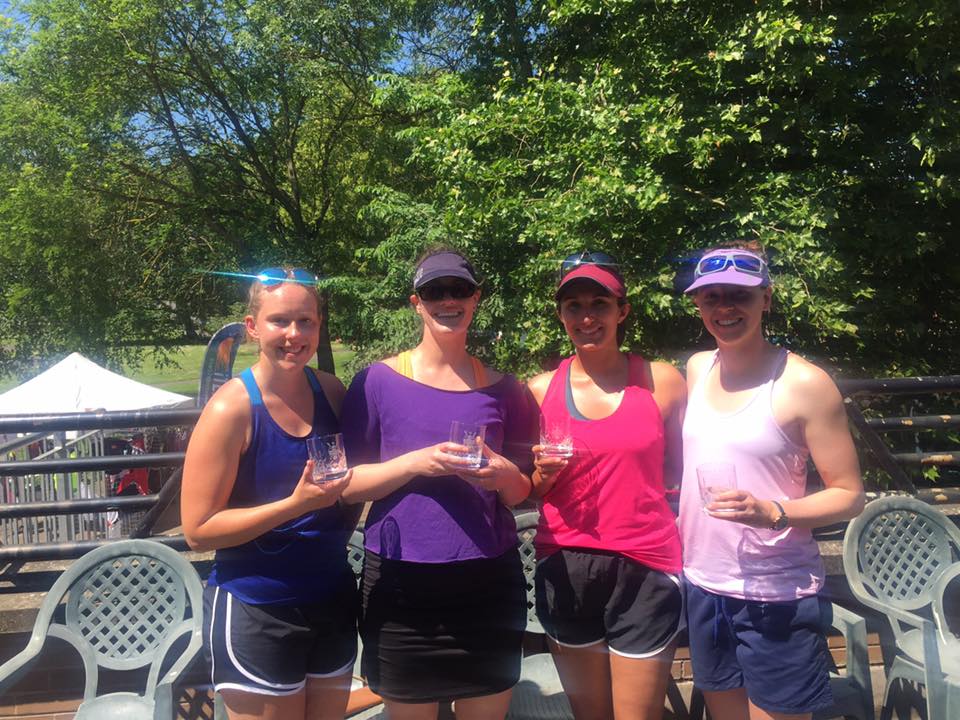 The Juniors went to York on Sunday June 18th for York Summer Regatta, along with a crew from the Senior Women and one from the Masters Men, returning with wins in 6 events. Forty-seven events were contested overall in 3 divisions over a 1000 metre course on the River Ouse.

Both the J14 boys double sculls crews reached the final with Matthew Harrison’s crew finishing a length ahead of Tom Brumwell’s.

The J13 girls, Ruby Coe and Niamh Lang, won the WJ13 double then combined with Alice Davies, Lydia Kind and cox Thomas Woods to win the WJ13 4x+, against opposition from Leeds and York.

Two Durham crews entered the J14 girls double, with Elicia Baldwin and Hope Simpson winning against Freya Court and Maddy Elmer in the semi-final before losing against York in the final.

In the Masters D double Martyn Calkin and Rob Coe overcame York in the semi-final before losing out to Lancaster John O‘Gaunt in the final.