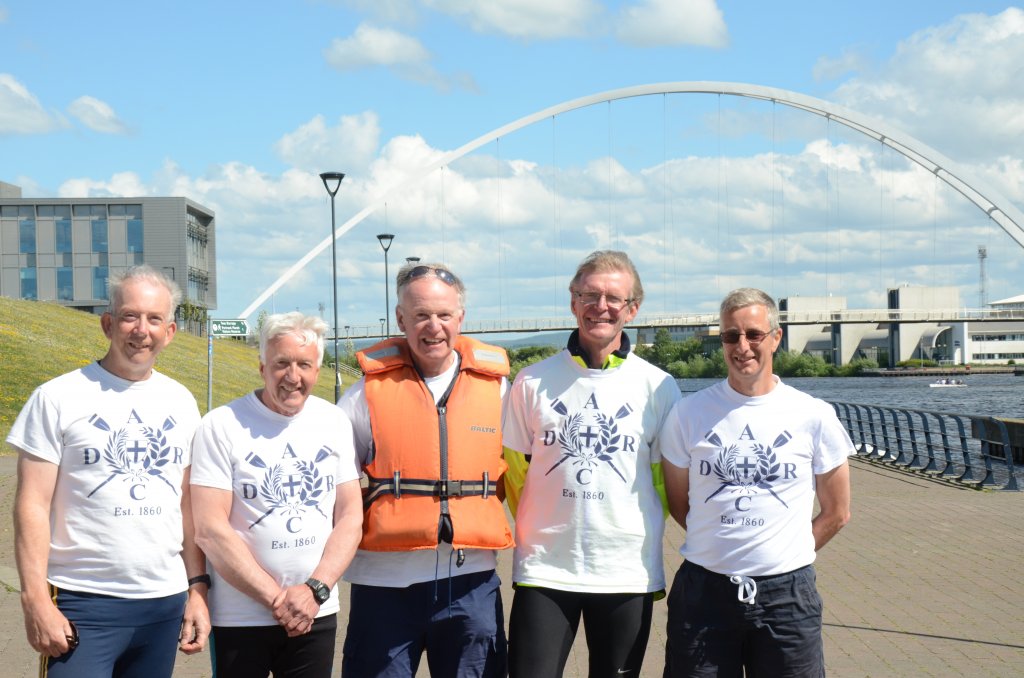 Round 4 of the Northern Explore Series took place at Tees Rowing club on June 4th. This was the annual sculling skills round, where competitors race against the clock on a circular course over 1km between the Princess of Wales Bridge and the Infinity Bridge, carrying out a series of tests along the way, including square blade rowing, cornering, spinning on the spot through 360 degrees, backing on to a buoy, swapping blades between bow and stroke, emergency stop and blade slaps. Thirteen teams took part, each having two attempts at the course, the combined time deciding the outcome. 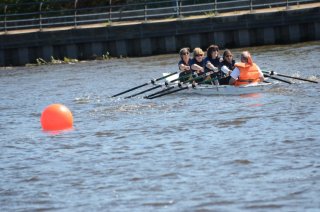 Blustery conditions made the first round a learning exercise as crews and coxes attempted to master the conditions with varying degrees of success, some becoming more acquainted with the riverbank than strictly necessary! DARC’s 3 entries had mixed fortunes in the first round, occupying 3rd spot in the open placings and 2nd and 5th in the women’s, leaving room for improvement in the second round. 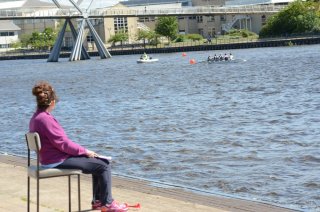 Not to be outdone by the opposition from Hexham, Tyne and Berwick Steve Auster, coxing both Wear Well Away (above) and A Shot in the Darc (below), devised a plan to use the conditions to best advantage, putting it into effect to devastating effect with Wear Well Away (Chris Merchant, Vaughan Gordon, Colin Lawson and Dave Green) posting a time of 6m 34s in the second round, 45 seconds ahead of the field to take the lead in the open competition. Next came A Shot in the Darc (Kalpana Ganatra, Sue Lyons, Jane Auster and Margaret Richardson) whose time of 6m 52s moved them into the lead in the women’s league on combined times, their time almost a minute ahead of the opposition, both times marking the first occasion either team had broken 7 minutes for the course. 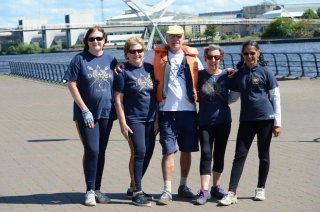 Excellent performances and the first time in six years that DARC has had the top open and women’s team in the same round, two course records giving added cause for celebration. 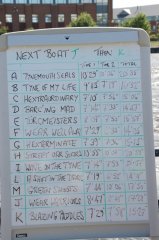 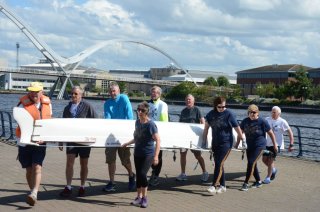 The result sees Wear Well Away take up 2nd place and A Shot in the Darc overall joint top in their respective league tables, with the next round a sweep-oar one at Tyne ARC on July 2nd.