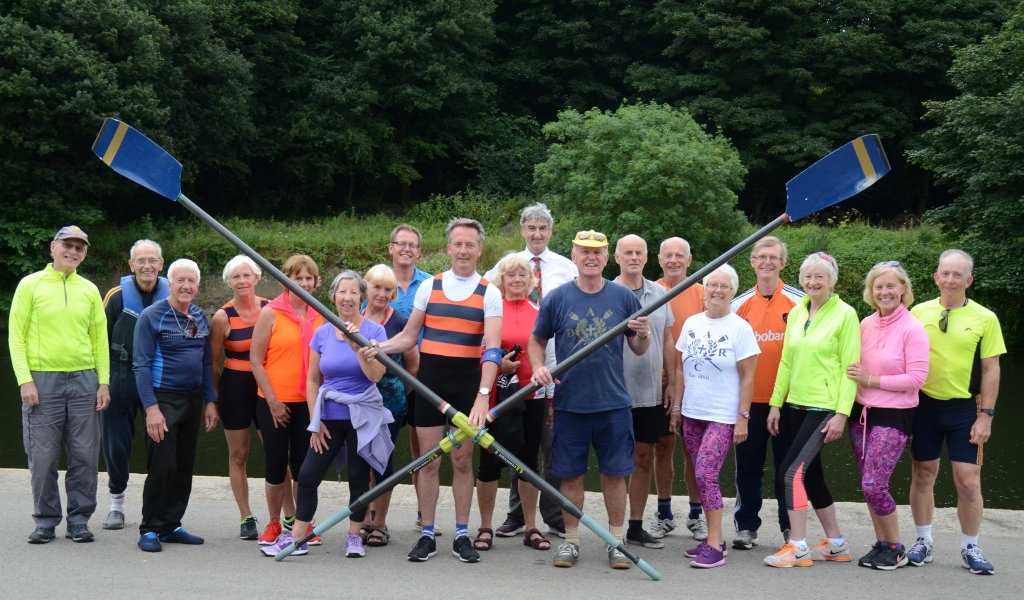 On July 29th we welcomed a group of 8 touring Dutch rowers from Leiden and Hemus Rowing Clubs who had asked to visit the club. Due to connections with Durham University they are no strangers to the area and have visited the club on two previous occasions. During their 2 weeks in the UK they will spend time at a number of locations around northern England and Scotland. 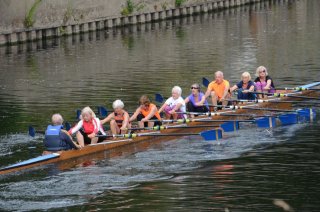 The tourists joined a group of 8 daytime rowers for a paddle in an octuple and 2 quad sculls, with Clive, Clare Staines and Steve Farrow providing the coxing and Clive providing historical commentary along the course, before all retired to the clubhouse where the Dutch contingent was introduced to the customary DARC hospitality and the delights of English afternoon tea prepared by the members.

They thoroughly enjoyed the experience and have invited us to join them for a row in Holland in future. More photos can be found here.  Thanks to all who contributed to making the occasion such a success. 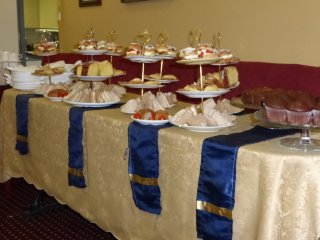 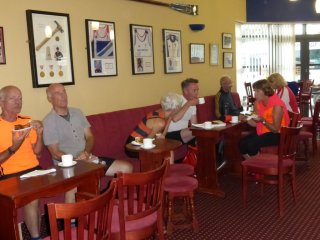