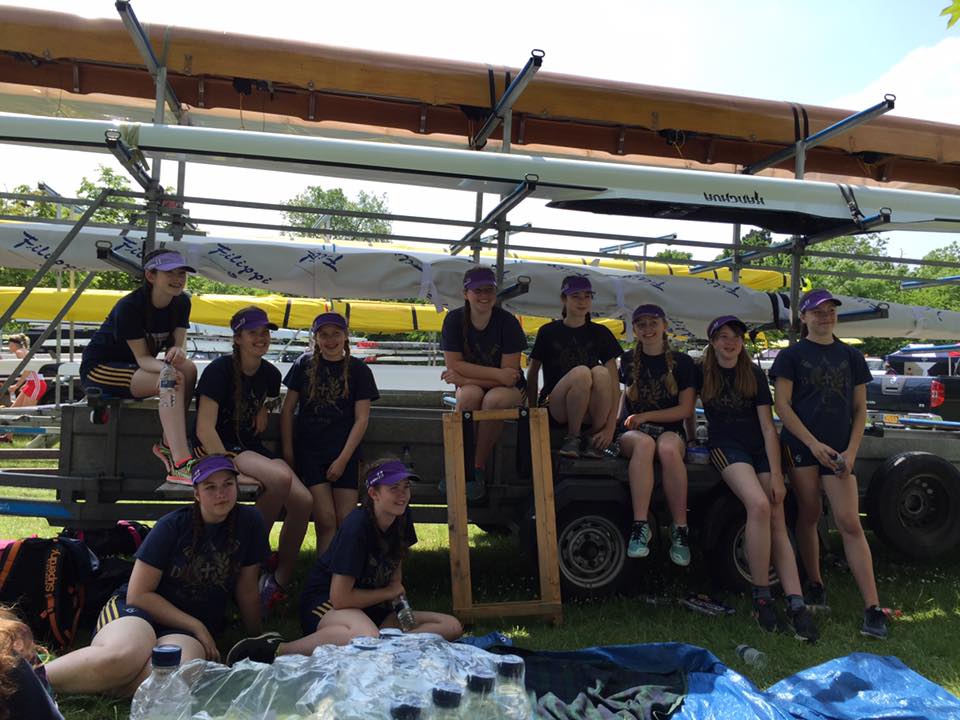 Three crews from the J14, J15 and J16s entered their age group events while two scullers entered for Championship events.

Coached by Debbie Connolly the J14 girls were first into action on Friday in the octuple sculls, only the second time the club has raced in this format, the first occasion being the previous week when the same crew of Catherine Musgrave, Natasha Wearmouth, Lottie Craven, Gabby Suggett, Jess Cooper, Honor Cessford, Mollie Coe, Ellie Hall and cox Lily Sanderson won at Tees Regatta. After a time trial and winning through qualifying rounds against 18 other competitors mainly from the south of England the girls progressed to the B final and finished in 3rd place.

On Saturday it was the turn of the J15 girls, also winners at Tees, this time competing as an eight but using the same boat, Jessica Eddie, as the J14s had used for the 8x+ the previous day. After re-rigging the boat for sweep-oar format the eight, consisting of Alex Roberts, Abby Burke, Izzy Wilkinson, Georgia Murphy, Alannah Baldwin, Bethan Hall, Elise Goddard, Katie Strangward and cox Mollie Coe, were placed 18th in their time trial, qualifying for the C final and finishing 7th.

The two single scullers entered the Championship category, the highest standard available, Aidan Rushforth coming through the time trial of 44 competitors to qualify for the D final which he won. Hope Cessford put on the performance of the weekend, placed 5th of the 40 competitors in the Championship girls 1x time trial and qualifying for the A final in which she was also 5th.

Also on Saturday Harry Coe, Josh Stephenson, Matthew Skinner and Matthew Edge in the J16 boys’ coxless quad were placed 8th in their time trial and progressed through a semi-final to the B final in which they were 6th.

All the results from the weekend are on the NSR results page.