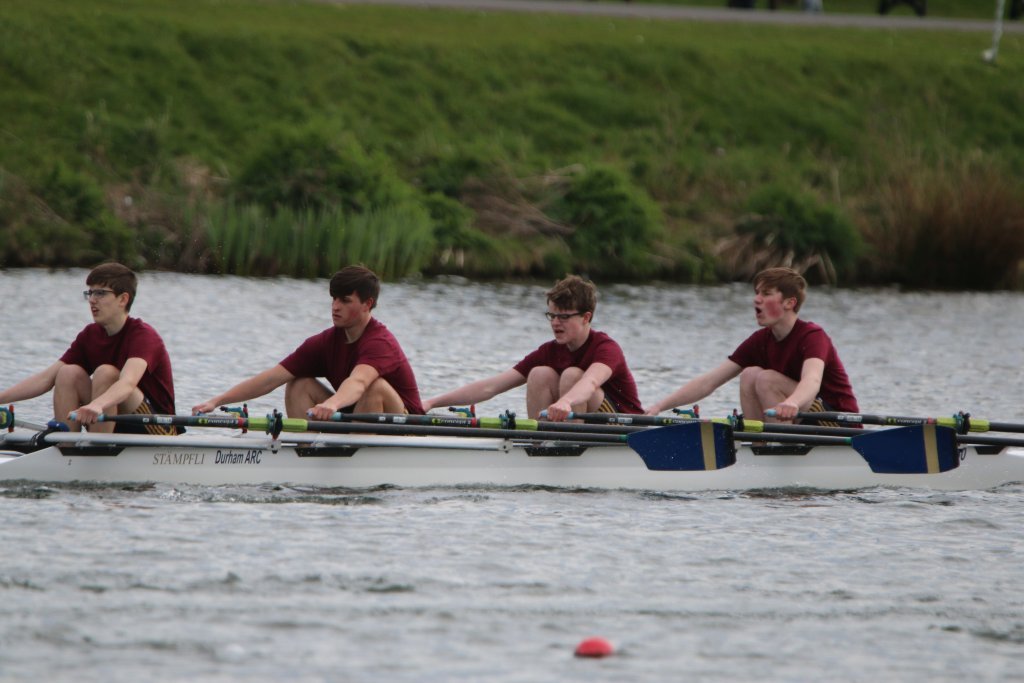 Durham ARC’s Junior boys represented the Northern Region in the J16 coxless quad sculls in the Junior Inter-Regional Regatta (JIRR) at the National Watersports Centre in Nottingham on April 23rd.

The Regatta is for ages up to J16 and is contested over a 1500m course between crews from each of the 12 British Rowing regions who undergo selection trials prior to the championships. The crews for the Northern Region were selected following trials at Cambois RC on February 27th.

At the Nottingham JIRR two heats are held for each event to accommodate the 12 regional teams on the 6-lane course and the heats are timed with the fastest 6 crews going into an A final while the remaining 6 contest the B final. Points are awarded to each region according to its finishing position in the final.

The J16 4x- of Harry Coe, Josh Stephenson, Matthew Skinner and Matthew Edge (pictured) were edged out of the A Final finishing a very close 3rd in their semi-final with the first three crews overlapping. They missed the A Final by under 2 seconds coming 7th overall. With a much improved first 500m in the final they led from the start and finished an easy winner in 5m 10.2s. Their main consolation is that based on their final time they would have been 4th overall.