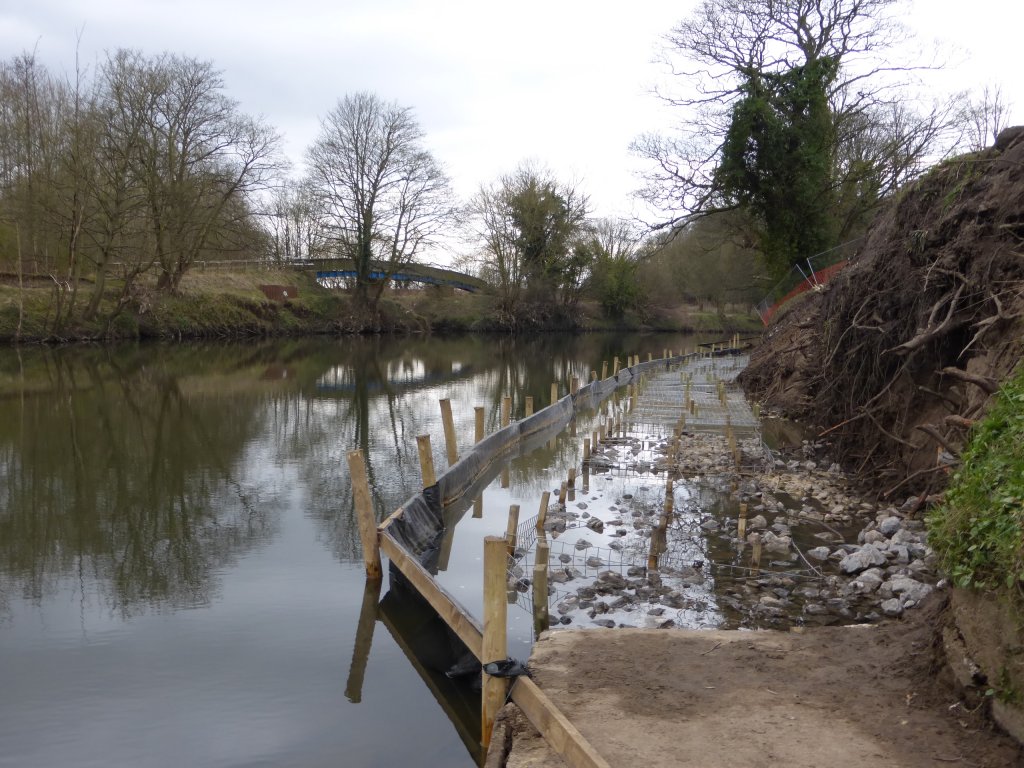 On March 10th contractors arrived to start work on the first phase of the extension of the club’s landing stage. The Access to Water project is a major undertaking that will continue throughout 2016.

Following a protracted planning process involving extensive negotiations with the planning authority and other bodies including the Environment Agency (EA) final consent was granted by Durham County Council early in March, allowing the project to go ahead.

The river banks will be strengthened and the landing stages extended upstream to meet with Clive’s and downstream to our boundary with the Racecourse. The end result will secure our site against erosion for the future and give us approximately 175 metres of landing stage, with three entry / exit points allowing for clear circulation, more space and increased throughput on regatta days.

It has been determined that the project will be divided into 3 phases, a proposal to which the contractor has agreed.

Phase 1 involves the upstream section, which it has been decided to carry out first as it represents the biggest return on investment and will provide positive impact for more people, including Durham Regatta which has agreed to provide part of the funding. Work should be ongoing for 3 or 4 weeks. One of our Off Peak members has volunteered to devise the required landscaping scheme.

Phase 2 is to repair and replace the central landing stage with a wider one to provide more space at the base of the steps. The concrete has become a Health & Safety issue and requires attention. The wooden landing is a comparatively small job and, as it does not involve working in the river, does not require EA consent. The target for this is summer 2016.

Phase 3 is the re-alignment of the sculling ramp to make it safer for wheelchair users, rebuilding the bank and extending the landing stage downstream by 50m. While this does in theory represent the most urgent job as the bank has already collapsed twice during floods, it does not provide substantial benefit for members other than some extra landing and securing the bank. The EA has given consent for this work to be carried out during the summer months as the river bed is already disturbed here and does not face the same restrictions for works consent.

Part of the funding for the project is to be met from club reserves. This will be supported by funds secured through ongoing grant applications and those already secured during the planning phase. Durham Regatta has agreed to bear part of the cost of phase 1. The cost of repairing the section of landing damaged as a result of winter storms will be met by the Sport England Flood Relief Fund.