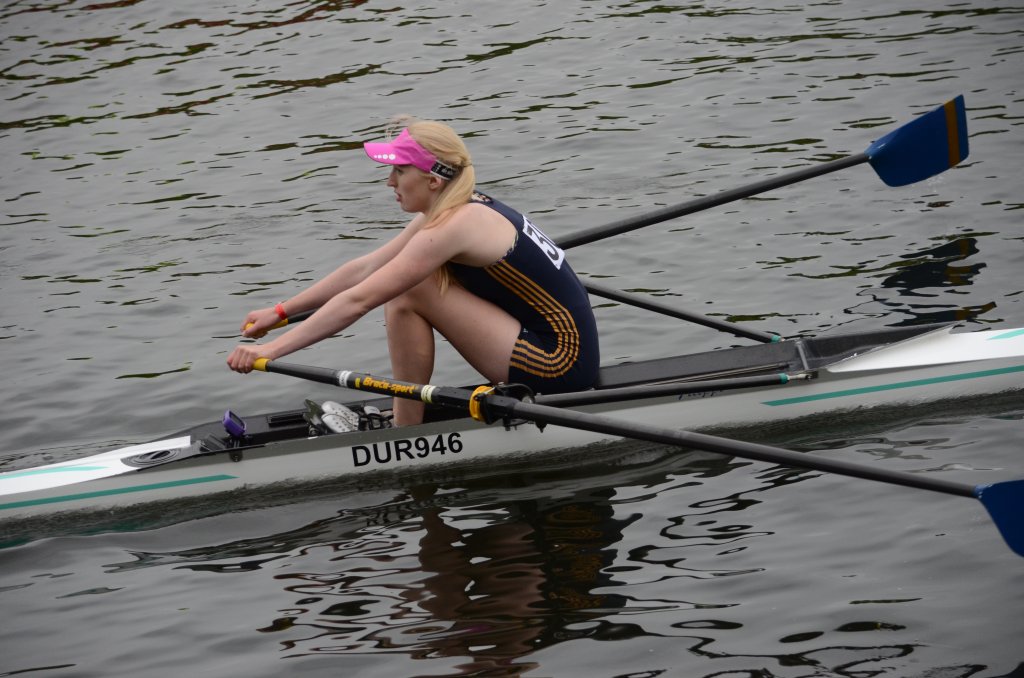 Sixteen year old Durham ARC sculler Hope Cessford took the first step in her quest for selection for the Great Britain Junior Squad, finishing 14th out of 87 contenders in the first assessment time trial of the 2015/16 season in a single scull over a 5km course on the River Witham at Boston on November 14th.

Each year British Rowing selects two squads of junior rowers to represent Great Britain. Candidates must be under 18 on 1st January of the year in question.

The selection process is long, arduous and very demanding. It starts in November with long distance trials in single sculls against the clock over a 5,000 metre course at Boston, Lincolnshire. Rowers with the best performances from this event and those with top ergo scores will be invited to a training camp in December. To be a realistic contender, athletes need to be within the top 40 in the time trial.

Then for two days in February there are more time trials, over the same course, but this time in coxless pairs/double sculls as well as in singles. Participants complete the course twice in the weekend. All junior trialists have to be supported by their coach during the process.

In addition to these water based trials candidates have to achieve minimum standards in a sequence of ergo tests. Taking the ergo and time trials performances together rowers are selected by the GB Junior Coach for a “Spring Assessment” which takes place over four days in March at the National Water Sports Centre in Nottingham, after which a squad is selected to represent Great Britain at a Junior International Regatta at the same venue in April.

Final trials, by invitation only, take place in July, after which candidates are assigned to either the A or B squad and attend training camps in preparation to represent GB at either the Junior World Championships in the Netherlands in August 2016 or at the Coupe de la Jeunesse in Poland.