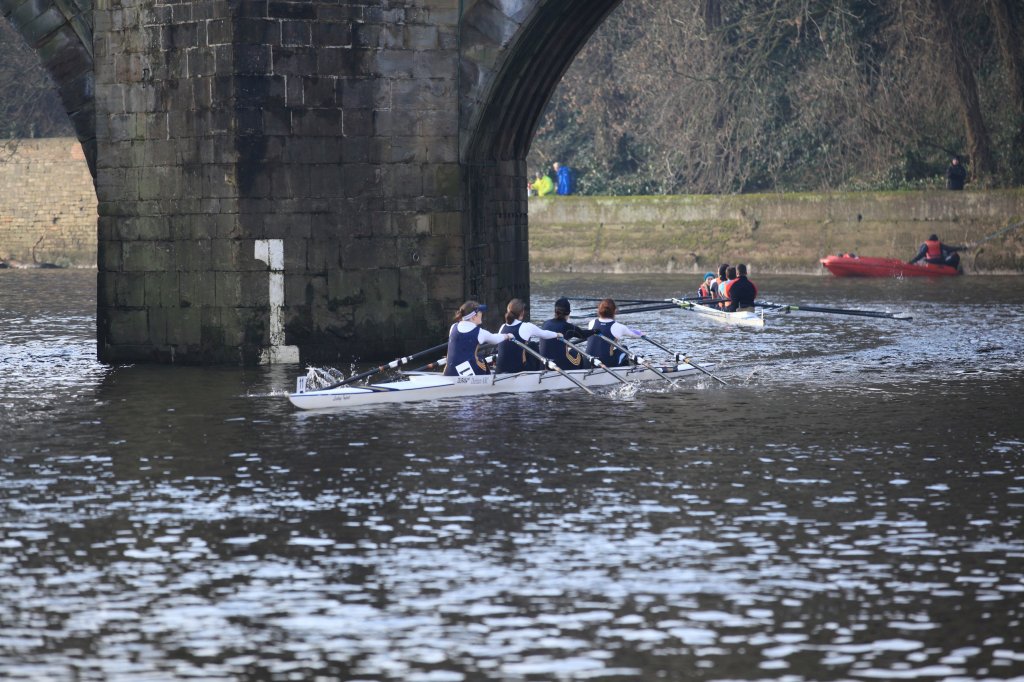 The Durham round of the Long Distance Sculling Series went ahead on Saturday October 31st after some initial concern about the river conditions.  Several clubs in the Northern region also offer an Autumn Small Boats Head on the same day to make a double-header, with DARC’s first venture attracting 125 entries of all boat types. Numbers for the LDS were up on last year with around 150 entries.

Sculling in the north-east is evidently in a good state of health with entrants ranging in age from under 13 to over 80, including the masters I quad of Chris Rose, Ian Shepherd, Bill Parker and Barry Hudson. A fast stream after Friday’s heavy rain meant challenging conditions for some, with a few difficulties negotiating the arches at Elvet Bridge.

Ten wins in the LDS were shared between the Juniors and Masters, including coxless quads at J16, Masters F and women’s IM2, and wins in single sculls for Aidan Rushforth at J18, Andy Jaggard at Masters F, Clare Woodward at women’s Masters C and Joyce Collett at women’s Masters F.

In the SBH there was success in 7 categories including the women’s novice coxed four, Masters D coxed quad, Elite coxless quad and J18 double sculls. Aidan Rusforth won again at IM2 single sculls, as did the J16 coxless quad, and James Snowball won the novice single.

Results are available for the LDS and SBH. There is an updated list of recent wins, and photos of LDS division 1, division 2 and SBH can be found on Al Johnston’s facebook page.

Thanks are owed to the many volunteers who enabled the day to run smoothly.

The LDS Series concludes at South Hylton on Saturday.