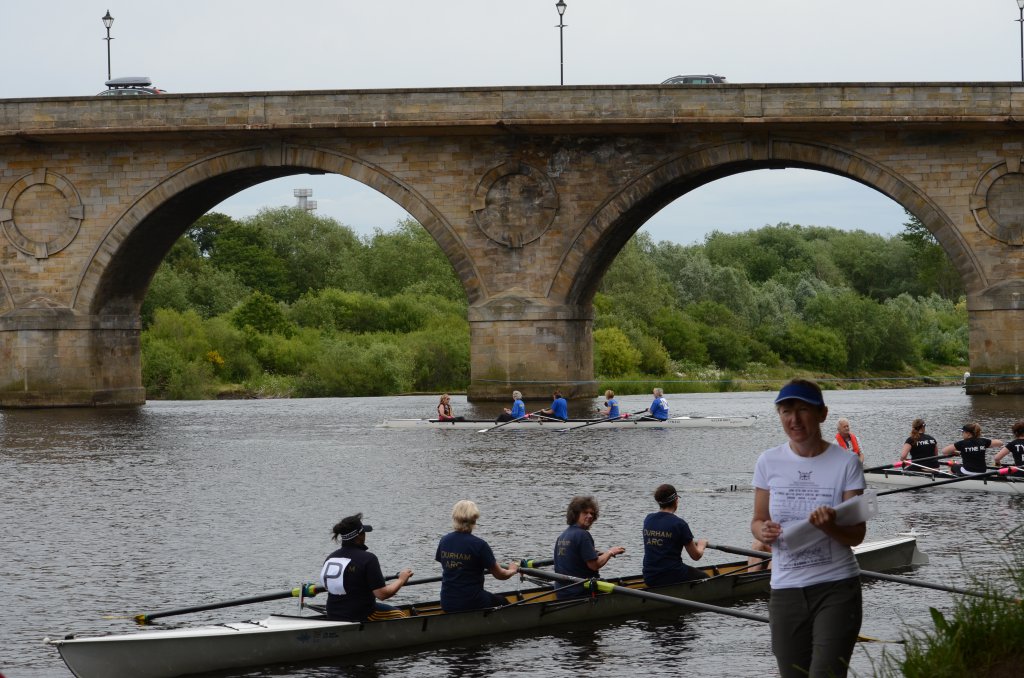 The third round of the Northern Rowing Sunday League attracted a record entry of 20 teams to Hexham at the weekend, including 5 from Lakeland RC, their first venture into the competition.

Aided by some expert coxing from John Lyons the DARC crews came away with 7 wins between them, 3 for DARC Demons (Margaret Richardson, Gene Dobson, Debbie Jahangiry, Shirley Robinson and Maureen Miller), 2 for DARC Dippers (Emma Baird, Sue Lyons, Leigh Bowron and Jane Auster) and 2 for DARC Desperados (Colin Lawson, Vaughan Gordon, Gerry King and Steve Auster), to leave the Demons lying 2nd overall in the Women’s competition with the Desperados 3rd in the Open.

We look forward to 2 rounds of the competition in August, sculling skills at Tees on the 2nd and sweeping races at DARC on the 30th.

Northern Rowing’s photos from Hexham can be found here.