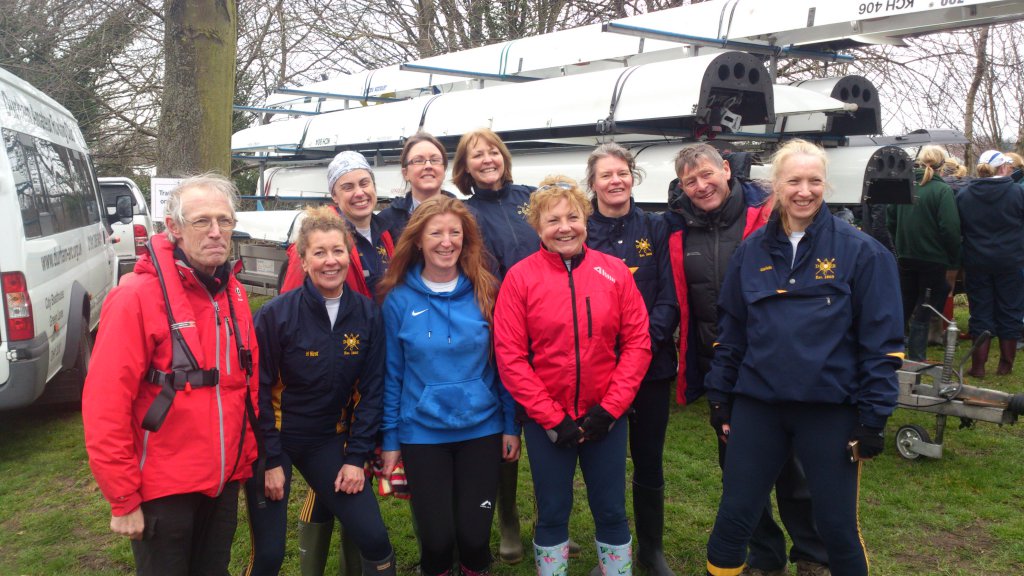 The Women’s Eights Head of the River Race took place on Saturday 14 March 2015 on the Thames. DARC Masters Performance squad arrived in London, filled with inspiration on the day of Bill Grant’s memorial service, determined to do him proud.

Those who had travelled earlier had the boat re-rigged before the rest of the crew arrived later in the evening. This was very much appreciated as it made the next morning a lot less stressful! With individuals fuelled to the max. with porridge, bananas, cereal bars and energy drinks, the crew were able to do final checks before boating at 8.46am precisely from Barnes Bridge. 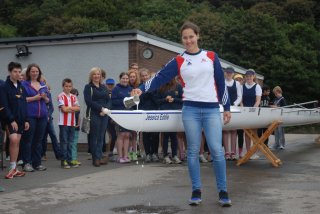 As the boat was being carried to the water the Masters crew recognised some of the crew boating just in front – the Olympians Heather Stanning, Helen Glover, Katherine Grainger, and of course our very own, home grown, Jess Eddie who yelled out “ Good luck DARC” to us as her boat launched. Jess’s crew went on to win the Head pennant and she cheered for both the Masters crew and the Senior Women, who were rowing in the boat named after her!

The weather was fairly kind – not too cold for that time of the year but there was a bit of a breeze. 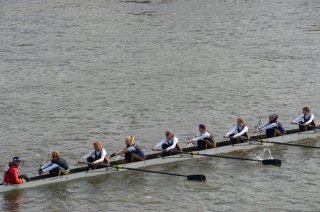 It is always a great spectacle to see so many women’s crews lined up for the start of such a prestigious event knowing the history of this stretch of river. And then each boat, one by one, following the coxes’ instructions (well more or less!), spinning on command and building up to get to the start at a good pace and hopefully maintaining it throughout the race!

All that training with coaches John Lund and Andy Jaggard, and the hard work on the ergos, paid off as the crew secured a very respectable result – 2nd in the Masters D category, 11th out of the total 26 Masters boats, and 153rd out of a total of 304 boats, in a time of 23:20.4 minutes (22:25.4 masters handicap adjusted). Excellent!

The crew got a nice surprise to see John Bishop (hot from Comic Relief the night before) standing on the landing as they lifted their boat off the water. He was supporting his wife who was in another Masters crew which DARC had beaten, of course! John was very obliging and agreed to a couple of photo opportunities, in return for a promise to pledge a donation to Comic Relief.

A treat by the “carer” Mark, who later drove the crew over to the Putney Bridge area, really added to the whole enjoyment of the day. A walk along to the finish area of the race, a sneaky peek at a Cambridge crew and some well-earned liquid refreshment before a tasty Italian meal, completed a great event!