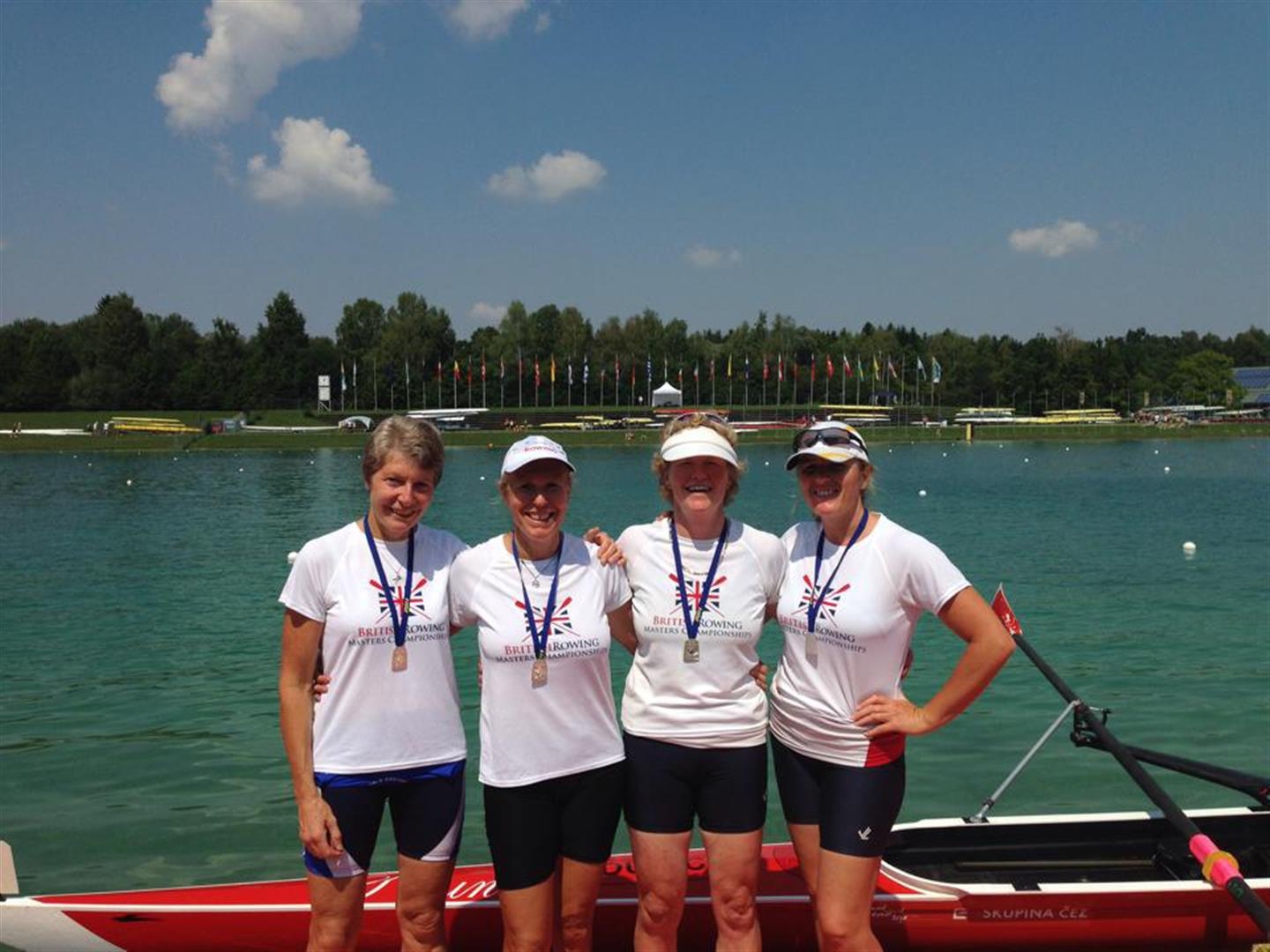 The Euro Masters, held in Munich from 25th to 27th July, proved to be a great event for the last regatta of the season for Gill Prescott. It had been a really good season for Gill, starting with a new indoor world record back in March, followed in the regatta season by two gold’s and a silver medal at the British Masters in May, then wins in both of her events at Henley Masters Regatta in July.

However, Geoff had set the focus of the season on the Euro Masters Regatta in Germany. It was an extremely well organised event, held on the 1972 Olympic Regatta course, yet it still managed to be very friendly with many familiar faces from the World Masters Regattas, providing a high standard of competition. Gill rowed with her regular doubles partner, Ailie Ord, from Strathclyde Park and they maintained their winning ways with victory in the W Masters D 2x. Other wins included W Masters E 2x, W Masters C 4x, W Masters D 4x, as well as success in the mixed events on Sunday, in Mx Masters F 2x with Tom Bishop, and the Mx Masters F 4x when Ailie and Charles Parry joined Gill and Tom. So Gill ended up with six Euro Masters wins, luckily the medals did not take her luggage over the Lufthansa weight limit!

At the end of the season Gill has taken her total number of wins in the 2013-14 season to 30. It has been a long season for Gill and Geoff but both felt the Euro Masters was a great and very successful event to end on.