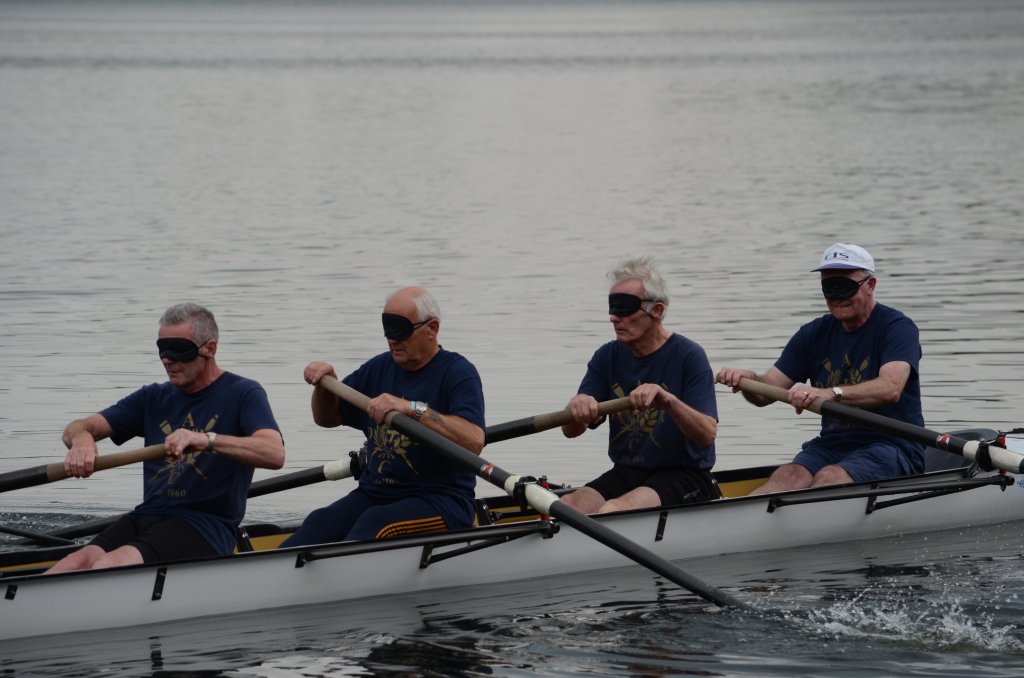 The fourth round of the 2014 Northern Rowing Sunday League was memorable in a number of ways. Falling as it did within the local regatta season meant that we had to bid farewell to those who had recently lost their novice status and become ineligible. Among the DARC contingent this included 3 members of We’ar Winners, until then holding pole position in the Women’s category, and Mick from the Dynasaurs. As a result the DARC entries were down to 5 this time, with the enforced withdrawal of We’ar Winners and the unavailability of Go wit’the Flow. 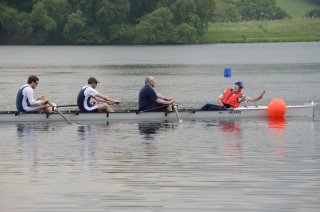 The leaders of the Open category from Tyne were also ineligible due to the loss of their novice status at Wansbeck Regatta the previous day. With the leaders in both categories now out of the running this opened up the competition and provided real encouragement for the remaining teams. 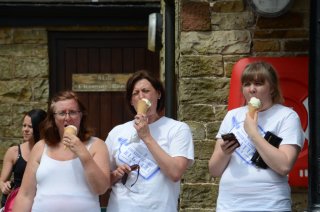 Scheduling the Talkin Tarn round for June 1st gave us hope of better conditions than those endured in October of the previous year, and this indeed proved to be the case with sunshine and calm water. This was most welcome as the organisers had dreamt up the idea of making competitors wear blindfolds for the second of 2 rounds in what was our first attempt at a sweep version of the popular skills head. Fortunately there was plenty of time in between rounds to enjoy the spectacular surroundings without our blindfolds. Proceedings went on about 2 hours longer than planned but nobody was in any hurry to leave. Bradford were however granted the dubious honour of going first to allow them more time for the long homeward journey. 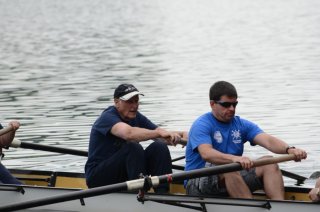 The blindfolds helped to level the playing field for Mark, who is blind, to make his first appearance in the League, and demonstrated to everyone else how difficult rowing is when you can’t see. If this wasn’t enough we were among the first to have our efforts recorded with James’s new GoPro video camera, the results of which you can see by following the links below. 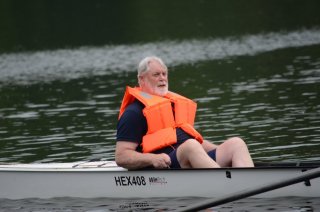 On to the business of the day and what fun it turned out to be. The skills round is as much a test of coxing ability as it is of rowing, and our designated coxes for the day, Roger and Mick, were certainly up to the mark with some expert steering and calling (essential with a blindfold crew!). Some contentious judging and interpretation of the rules added spice with several crews incurring time penalties. 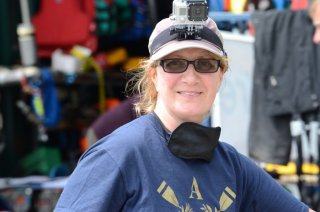 After the first round, without the blindfolds, DARC were standing first and second in the Open category and leading in the Women’s. The positions changed somewhat after the blindfold round and ended with 4 of the DARC teams winning points, with the Dynasaurs 1st and Darc’n’Dandy 4th in the Open, and DarcErr, with a superb blindfold round, coming 2nd and the Demons 3rd in the Women’s category. Aireheads from Bradford achieved the notable distinction of a faster time with their blindfolds than without. 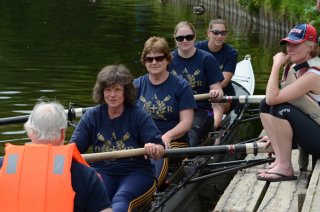 Another great performance by the Recs, hit the points again, an outstanding day. Thanks to Talkin Tarn for making us all welcome… It was good to see Bradford make it to Talkin Tarn, nice to catch up after our trip to the War of the Roses previously.

Can I put the Sunday League to one side and mention a book, Beware of Pity, author Stefan Zweig, a read that will take some putting down… give it a try. Also I would like to mention Gene and her helpers for the BBQ on Bank Holiday Monday 26th of May, another success, and a mention to Stewart for the work with the power wash on the benches, tables and chairs – a good job – to stain later. 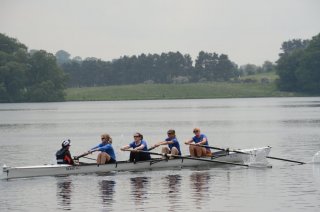 This Thursday we welcomed Sue and Fiona form Hexham who joined us for our regular outing. We look forward to seeing them and others again in the near future.

Looking to do well at Tynemouth on the 6th of July.

Kind Regards to you all. 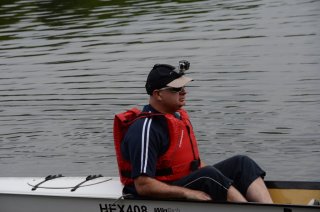 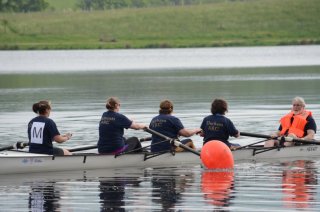 Sunday’s result sees DARC Dynasaurs surging into overall lead in the Open category with We’ar Winners holding on to joint leadership in the Women’s section.

Not to be missed are 2 videos on the Northern Rowing YouTube channel, a superb promotional one for the Sunday League and one of Darc’n’Dandy showing how it’s done!

An outstanding day, enjoyed by all! 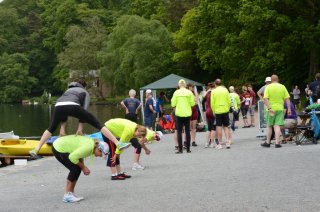