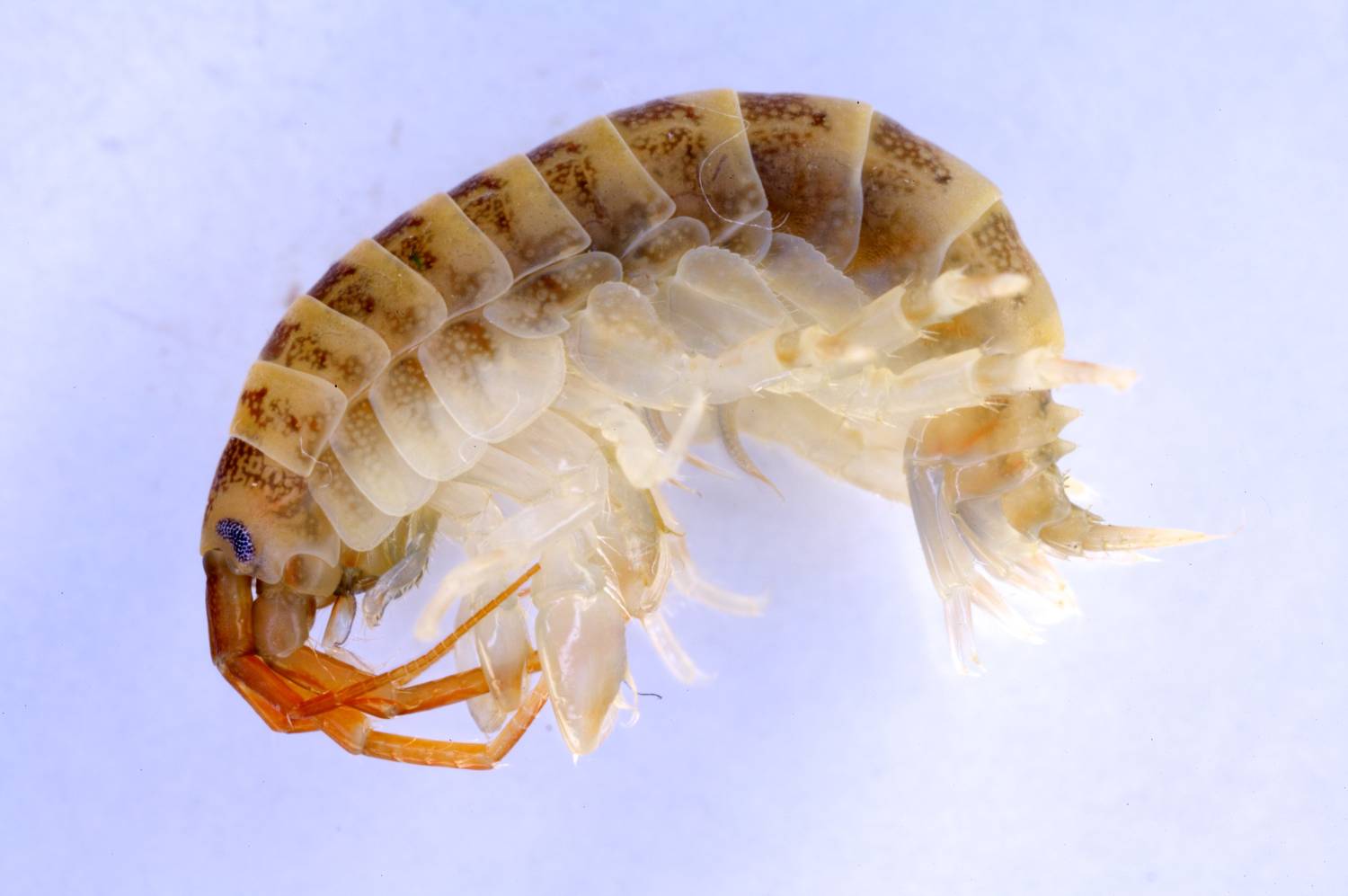 Talking to DARC profiler, Sarah Wheater, I took the opportunity to find out about the CHECK-CLEAN-DRY campaign.

Andy: Sarah, it sounds like a dry cleaning company, what’s it all about?

Sarah: It’s actually about stopping the spread of alien species 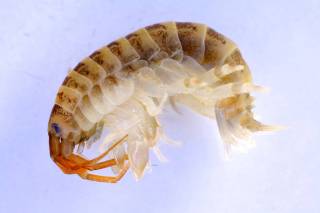 Kind permission of The Environment Agency

Andy: I’m guessing you’re not talking about rowers from down south?

Sarah: You’re right there .. it’s about invasive alien species, not native to Britain .. plants such as floating pennywort and giant hog weed and animals such as the killer shrimp. These and loads of others are already in Britain – the aim of the campaign is to stop or slow down the spread of these non-native species

Andy: Blimey, I know enough people who are worried about capsizing, without the fear of a killer shrimp lurking in hard arch

Sarah: Andy .. this “large shrimp” is only up to 3 centimetres. The point is that it is a voracious predator of other invertebrates.

Andy: What sort of problems do these aliens cause?

Sarah: Well take, floating pennywort .. a green floating plant. It can go from a piece the size of a 20p piece, to a thick mat that can block an entire water course, incredibly quickly 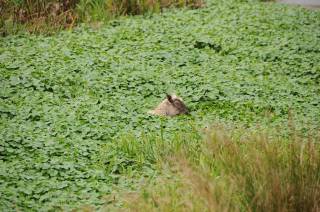 .. there was a club on the River Soar, the Devils Elbow Rowing Club that had to move the club because it was so bad, and Leicester Rowing Club also had trouble with it. It’s difficult to eradicate, it takes a lot of volunteers and lots of money.

Andy: How do these things spread, those darned killer shrimps, for example?

Sarah: Any water user could unknowingly help to spread invasive plants and animals from one river or lake to another. Animals, plants, eggs or seeds can hitch a ride on equipment, shoes or clothing, and can survive for a long time. So you can see how rowing is involved with regattas , safety boats and so on moving between our rivers in the North East. Imagine something bad affecting Talkin Tarn.

Sarah: CHECK – is there anything obvious stuck to the boat, or to any equipment. A lifejacket that has been in the water for example, is there any stuff attached to it. Empty any water from boats.

CLEAN – Wash the boat down, just with water and with elbow grease.

DRY – most things will be killed off by exposure to the air, but things can survive in moist damp pockets, so deal with that.

Andy: Thank you Sarah. I’m sure rowers will be more vigilant now they appreciate the dangers. What is the situation in the North East?

Sarah: We already have Himalayan Balsam which is thought to contribute to erosion of river banks. And an example not confined to the river itself – Giant Hogweed has been confirmed in Durham. This is a plant whose sap can cause skin blistering and light sensitivity that can last for years – truly nasty stuff. 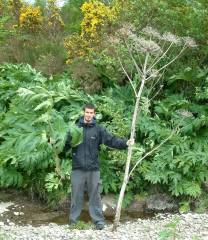 Locally there is definitely Floating Pennywort in the Tees catchment. This is the furthest North it has spread so far and the aim is to keep it that way.

Another issue in the North East that people might be aware of is that the River Wansbeck is home to native white-clawed crayfish, which are now very rare in Britain due to the invasive American signal crayfish. So if signal crayfish (or the fungal disease they carry) were to make their way into the Wansbeck that could be the end of one of the last English strongholds for our native species. There’s lots of information on that situation here:http://www.environment-agency.gov.uk/cy/new/142335.aspx?page=3&month=8&year=2012

The GB Non-Native Species Secretariat has a great website full of information and even a link to a Smartphone app to help you report any invasive non-native species if you see them. Check it out at http://www.nonnativespecies.org/home/index.cfm