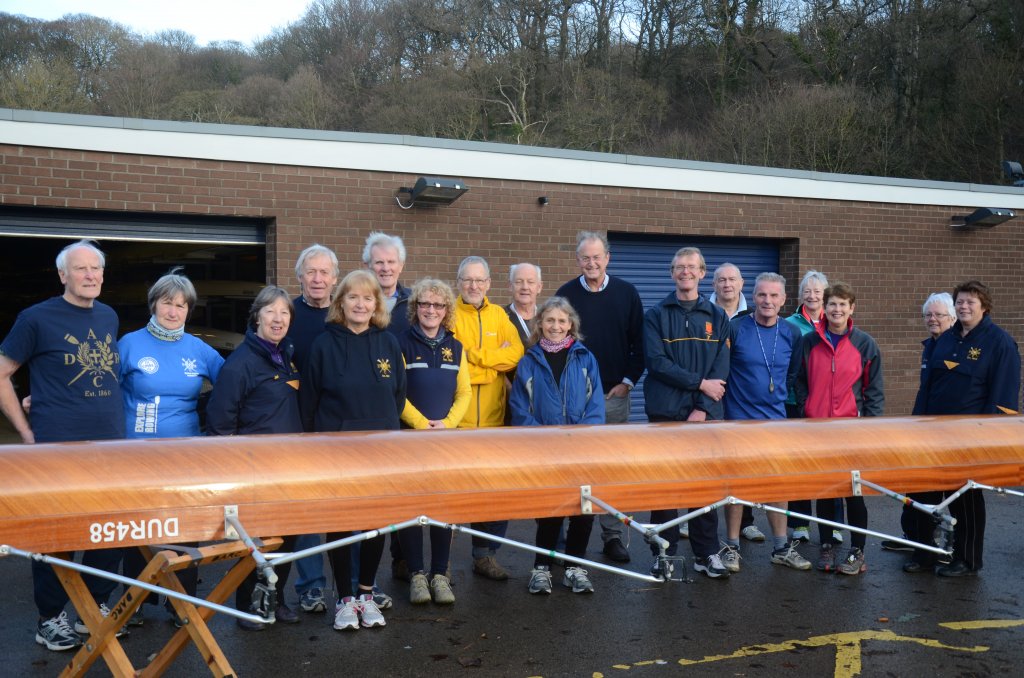 It’s like one of those maths problems. How many cups of coffee does it take at 50p a cup (less cost of the makings, not forgetting the biscuits) to raise £2500 in a year.

The rec rowers have just handed over this money,  as their contribution to club funds,  from both the coffee profits and several mini events. For anyone who  turns up at the club at 11 on monday and thursday mornings you’re bound to encounter a large collection of rec rowers, chatting over coffee in the bar, after their outings. Rec rowers have been a part of the club for several years now, but for those of us who are only down in the evenings and at week-ends, it’s easy to lose sight of their contribution to the club, and to know little about thre range of rowing and other jobs they get involved with.

Out of sight, out of mind.

What percentage of the kitchen volunteers, for example, who run the many functions at the club are rec rowers? There is an answer to this one … of course, the profit from these many functions is THE major fundraiser for thr club in order to buy new boats and equipment, and for other investment in the club.

Sadly, Jan Metcalfe, is no longer around to persuade and cajole volunteers for the kitchen and for functions, but the rec rowers have stepped into the breach (with others, Marian for example). The danger of course is that this small group of volunteers end up shouldering too large a workload.

So what is the total monetary contribution, over the last year,, to club funds, that is directly attributable to the Recreational rowing section??

And should the money available for boats and equipment be allocted according to the level of contribution, and fundraising by each section?

Or should all the money go into a central pot, and then decisions be made, according to the needs and priorities across the whole club?

What do you think?