The senior men’s squad qualify for the Thames Challenge Cup at Henley Royal Regatta and two juniors selected to row for GB. 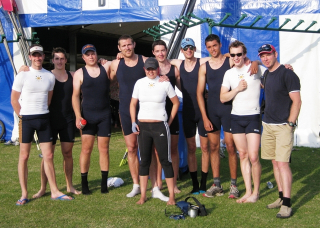 The Senior Men’s 8+, coached by Bill Pollard, qualified for the Thames Challenge Cup at Henley Royal Regatta for the first time since 1995 with Stef Burgess coxing both crews albeit fourteen years apart.  In the first round they were drawn against Henley and lost by 1 and 3/4 lengths.  Henley progressed to the final.  However, it was a brilliant achievement by the crew who had to pre qualify in a time trial.

Garath Archer is the former ex England and Newcastle Falcons rugby player who only started rowing a year ago.  At the start of the season his aim was to row at Henley Royal – a fantastic achievement in only one year of rowing.

The men’s squad is looking for more members for next year’s Henley crew.  If you are interested contact Bill Pollard on w.j.pollard@googlemail.com 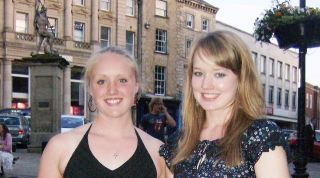 Maddy McCarthy, also in her last year of junior rowing, has been selected to row for GB in the Home Countries International on 25 July as part of the Women’s Junior 8+. Maddy has also had many wins at local regattas over the last few weeks including the Women’s Elite 4x- and Women’s Championship 2x at Durham Regatta.