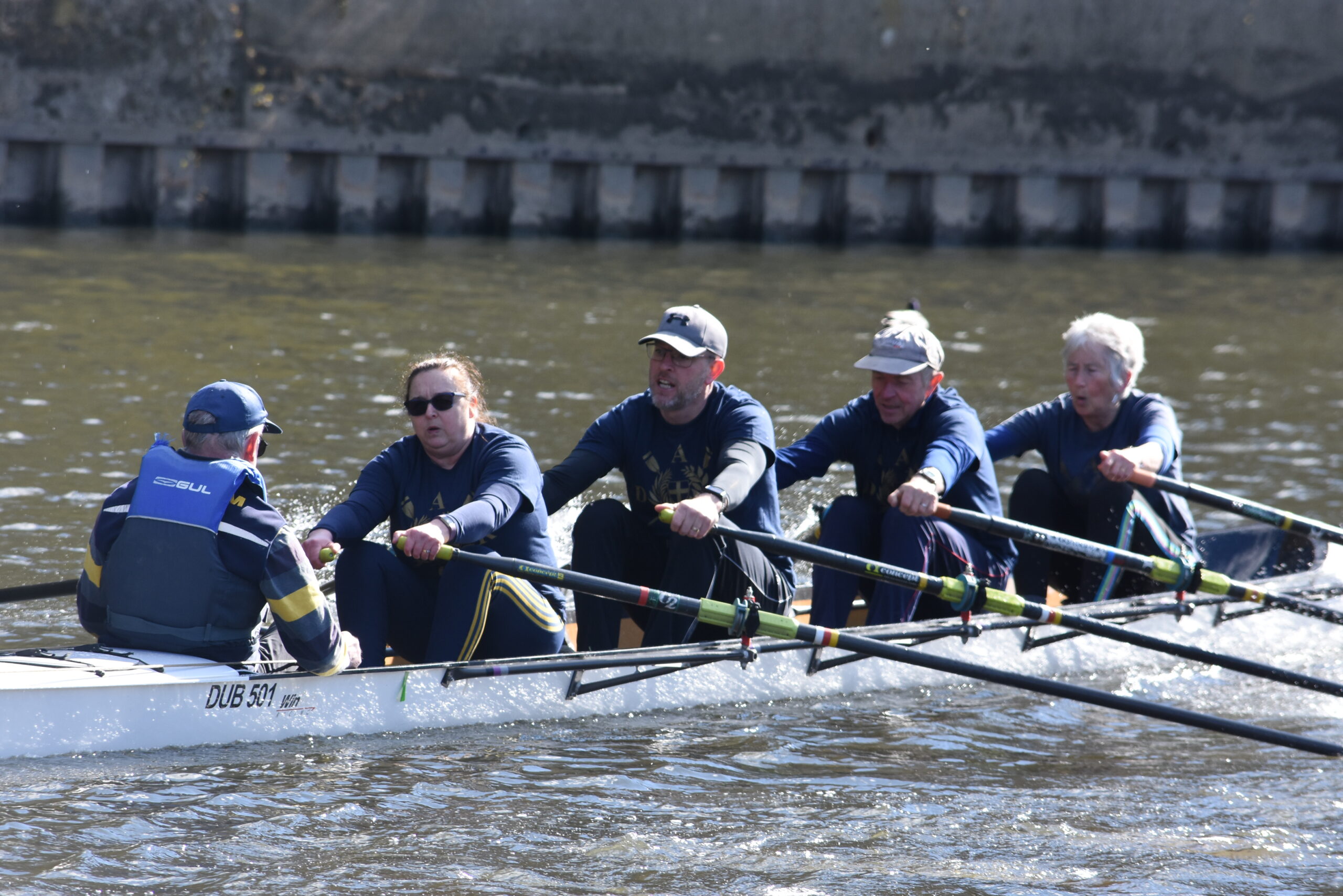 After a two year absence due to Covid the Sunday League got back on track with the first round of the 2022 season taking place at Durham ARC on April 3rd, celebrating the 10th anniversary of its first season which also started at Durham ARC in 2012.

Organised by the Northern Rowing Council the League is an inclusive event aimed at a wide audience including novice and recreational rowers, members returning to rowing action after a break, and those retired from competition. 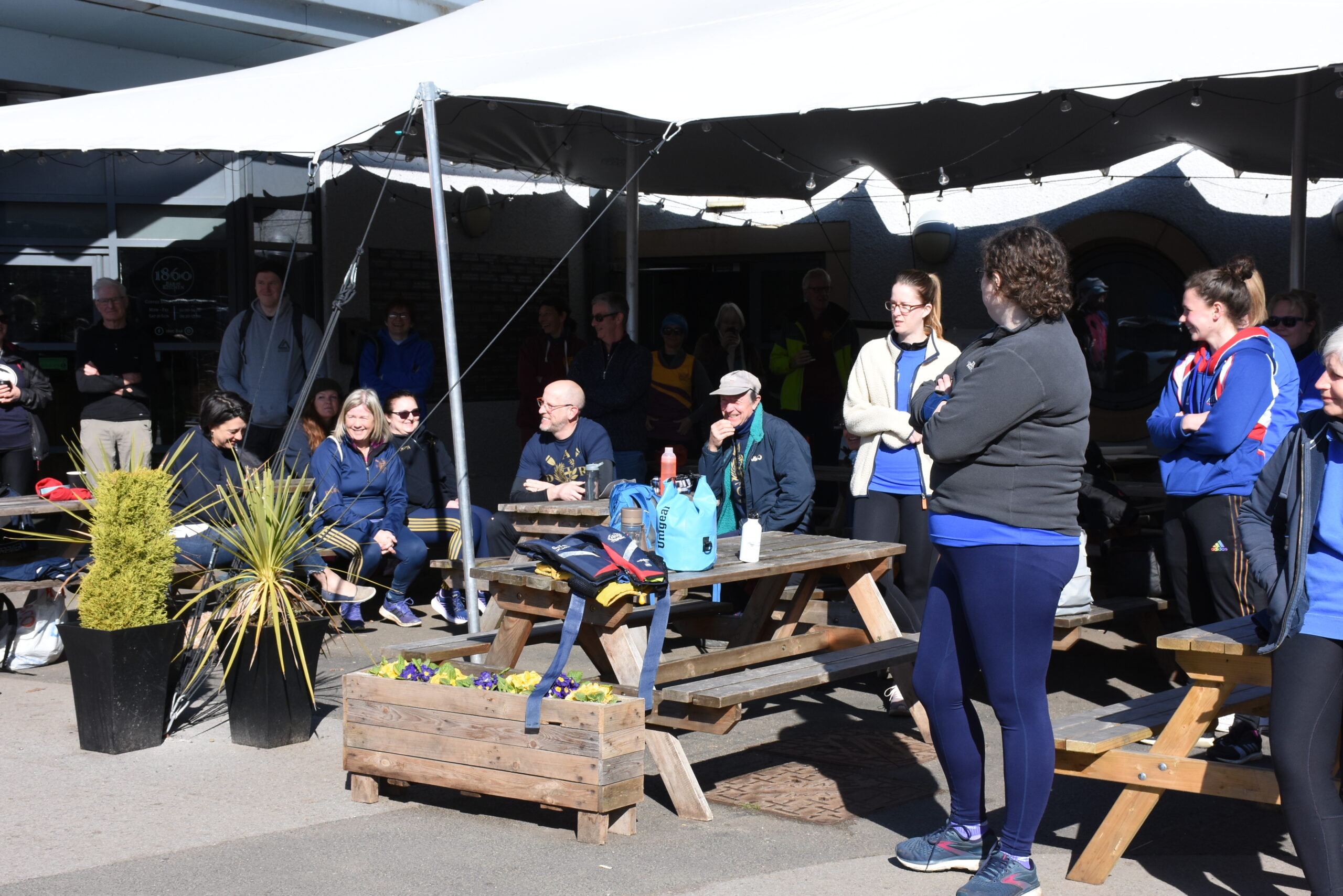 The Durham round drew 12 entries from 8 clubs around the Northern region, including Berwick, Durham, Hexham, Sunderland, Tyne ARC, Tyne United, Tynemouth and Talkin Tarn, competing in stable quads provided by DARC and Durham University with each team getting 4 races over a 300 metre course. Although there were familiar faces many participants were making their first appearance in any form of rowing event, having graduated from Learn to Row courses over the past 2 years.

Proceedings got underway an hour earlier than usual at 11am to allow racing to finish in time for the Oxford v Cambridge Boat Race which was screened in the bar. After 24 races Tynemouth Buoys were declared winners of the Open division and S-Quads on Fire from Tyne United winners of the Women’s division, both winning all 4 races. 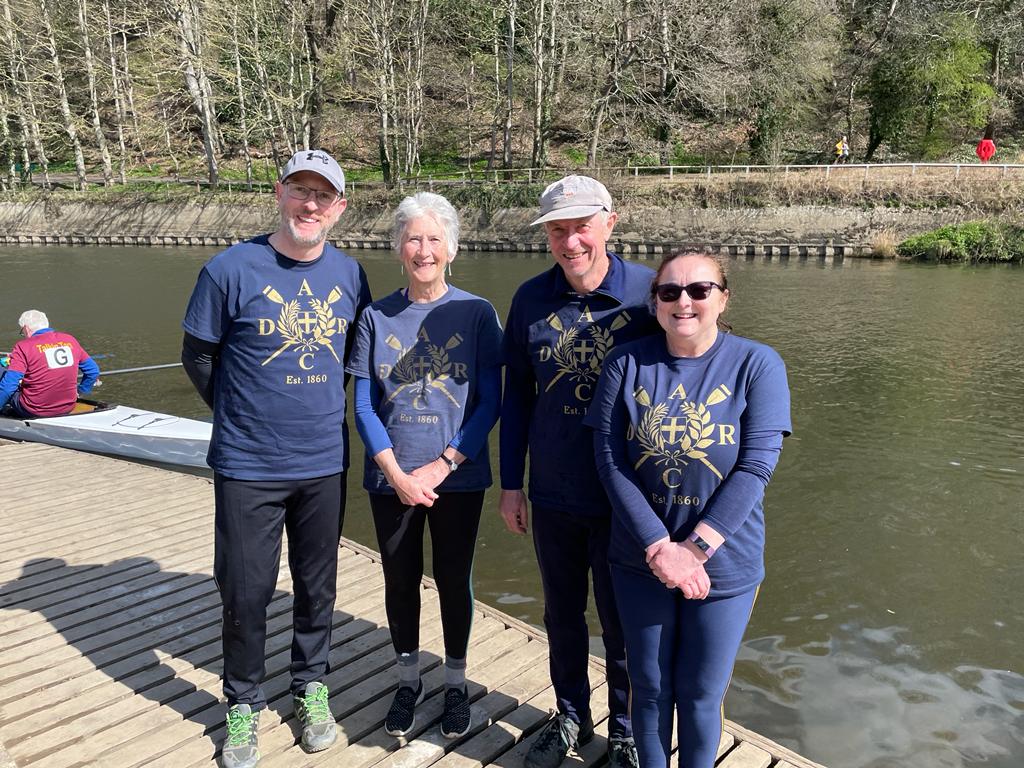 Sharon Richardson, Gary Walker, John Carter and Alison Hoare formed DARC’s entry Durham Kingfishers, three of them making their first appearance in the event, and with a mixed crew got off to a successful start winning 2 races against Tynes Like These and Hexham All Sorts while competing in the Open division against largely men’s crews, finishing the day in 4th place overall. Results are below and on the Durham round page here. 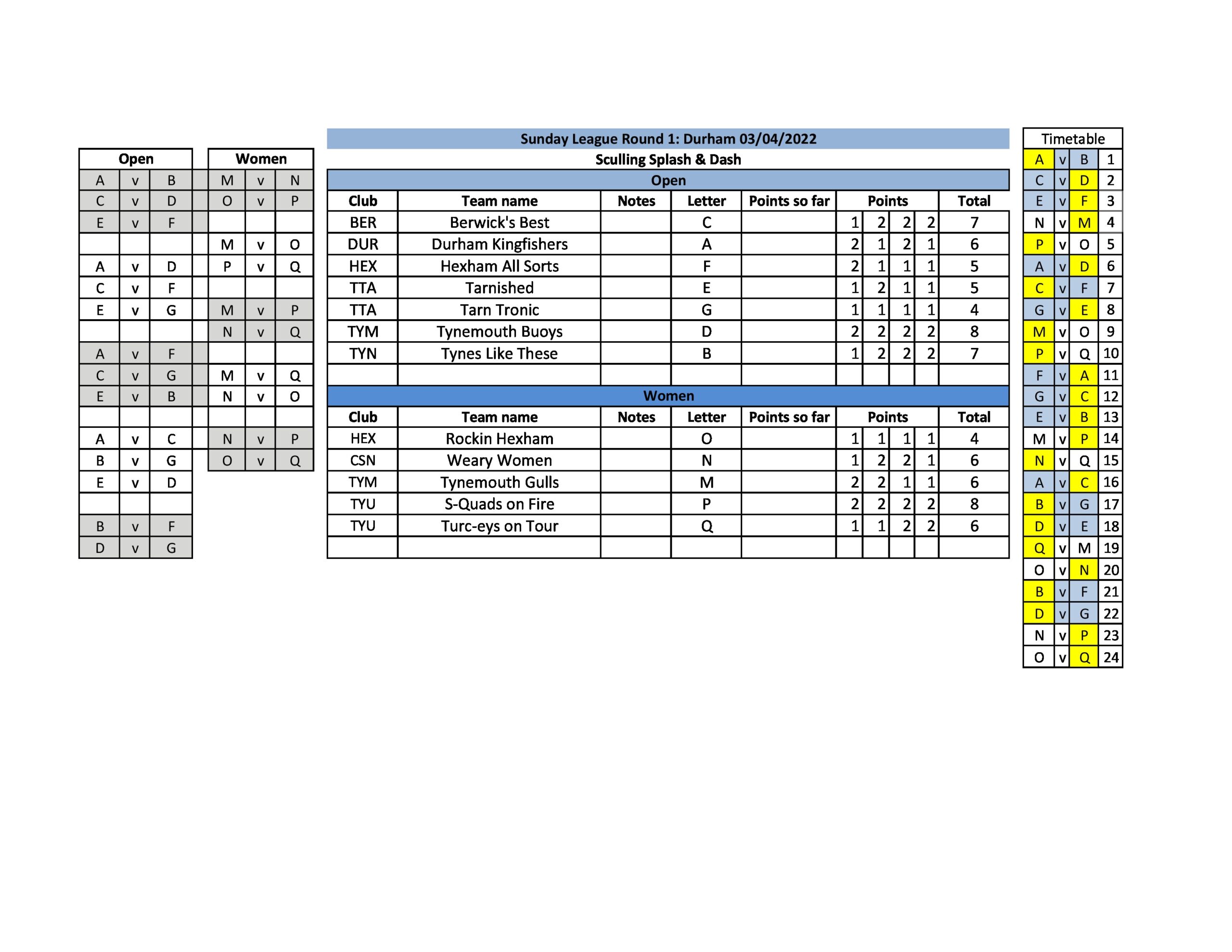 The DARC coxes had a busy day with Dave Green, Steve Auster and Paddy Deans helping out the Talkin Tarn, Hexham, Tynemouth and Berwick crews as well as coxing their own crew.

The league has always been more about having fun, enjoying the company and hospitality, and helping one another, rather than just winning races. 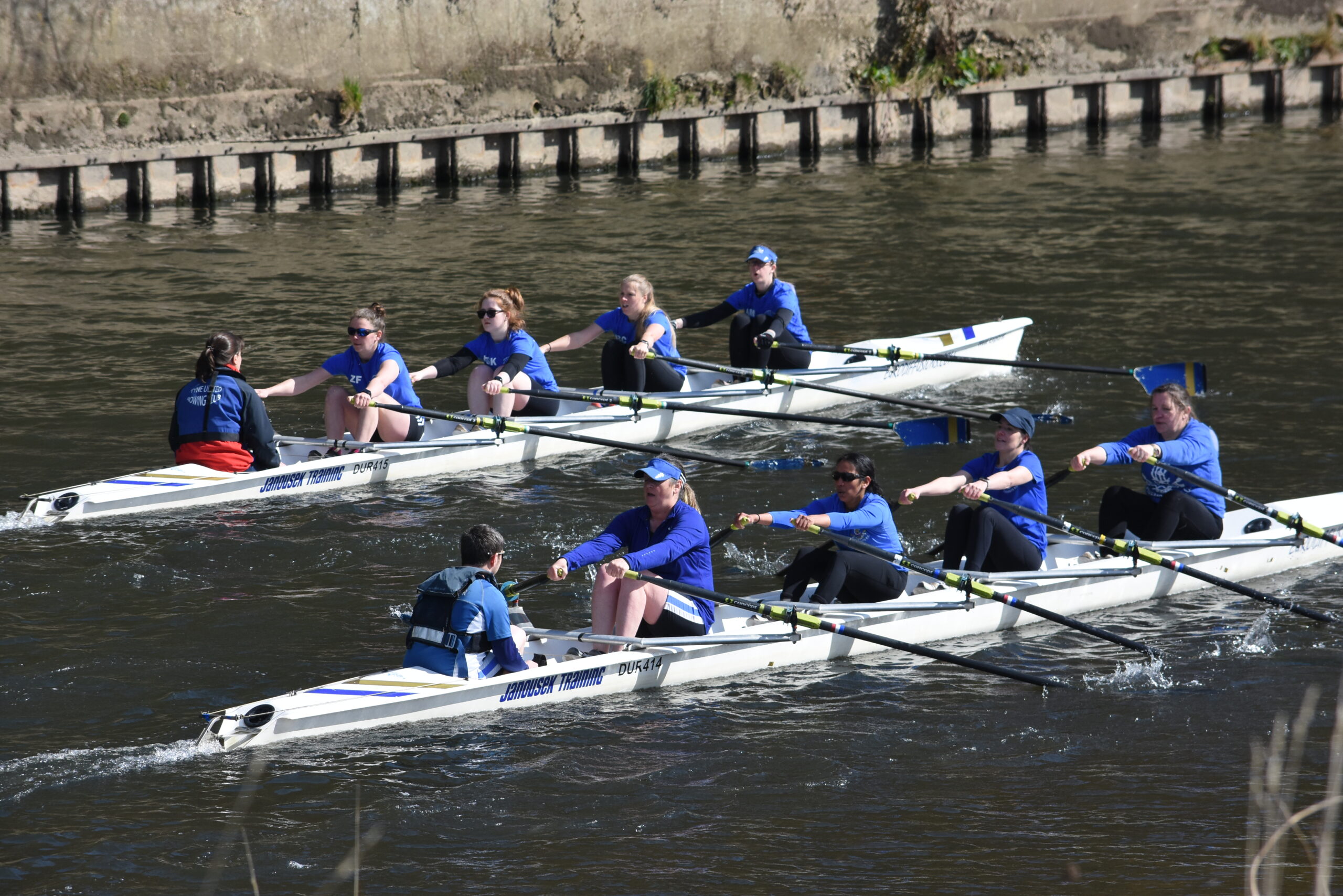 Races were certainly closer and more exciting than the Boat Races and the day was declared a great success by those taking part, with everyone going away happy after the return to action following such a lengthy layoff. More photos can be found on facebook.

Thanks go to all the helpers who made it possible. The next round is at Berwick on May 1st.