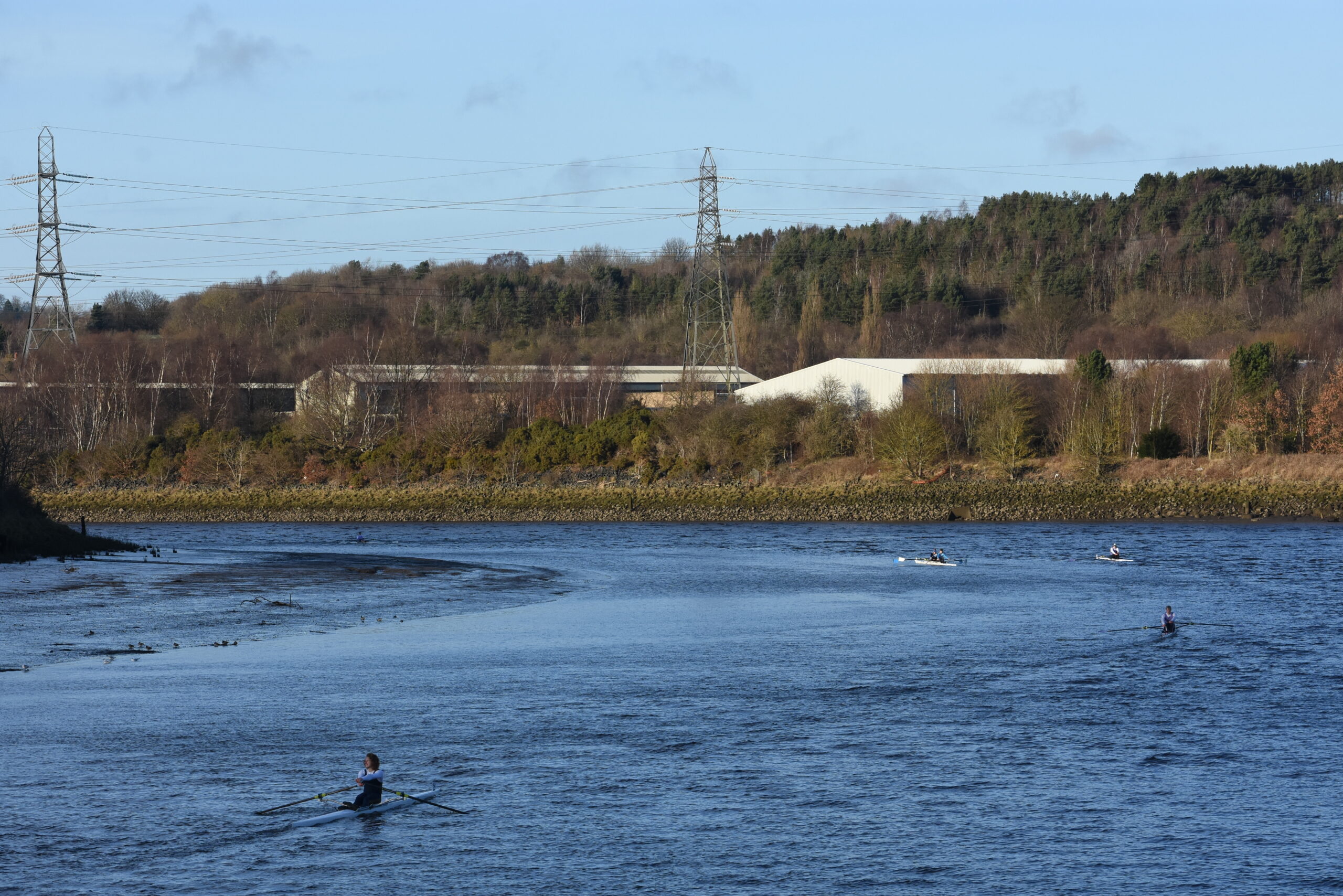 The 2022 winter head racing season got underway on January 22nd with a full entry of 164 for Tyne United New Years Head.

Crews raced over 4.5km of the Tyne Championship course. In Division 1 against the tide the DARC Senior Men’s 8+ stroked by Brad Knights and coxed by Stef Burgess won band 3 of the Open 8+ in 18.30.2, recording the fastest time of the five band 3 entries, while the Women’s Masters E 8+ finished without opposition in 21.33.2. 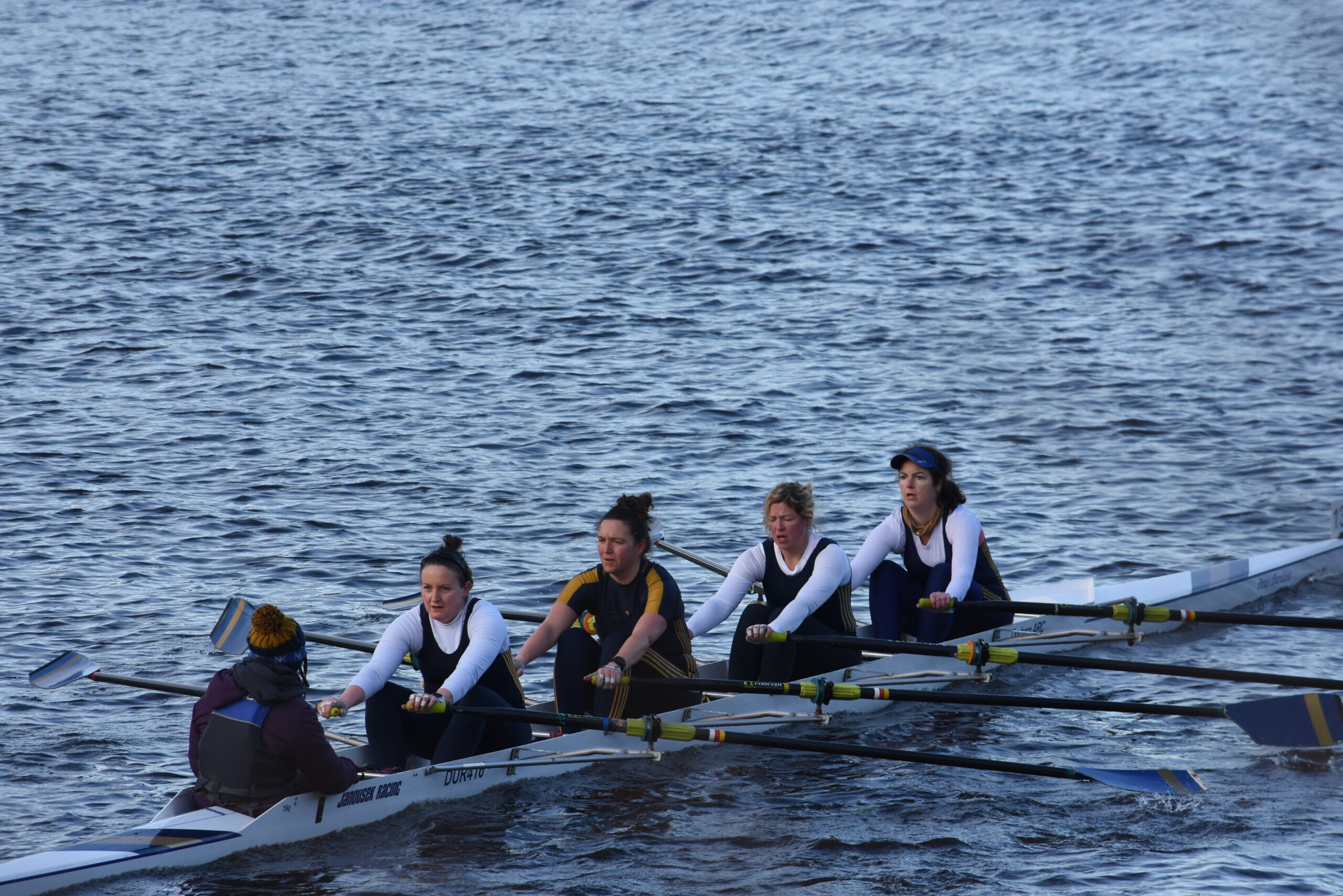 In division 2 the Durham/Hexham/Cambois composite Masters E 8+ finished 2nd in their category in 17.52.2 behind Tees RC but ahead of Tyne ARC. The Women’s Masters B 4x+ were unopposed, recording 20.31.4, and in the Open single sculls Nick Baird finished 3rd behind O’Conner of Newcastle Univ BC and Cleugh of Durham University BC in 20.34.9. The field also included four DUBC scullers racing ‘time only’. 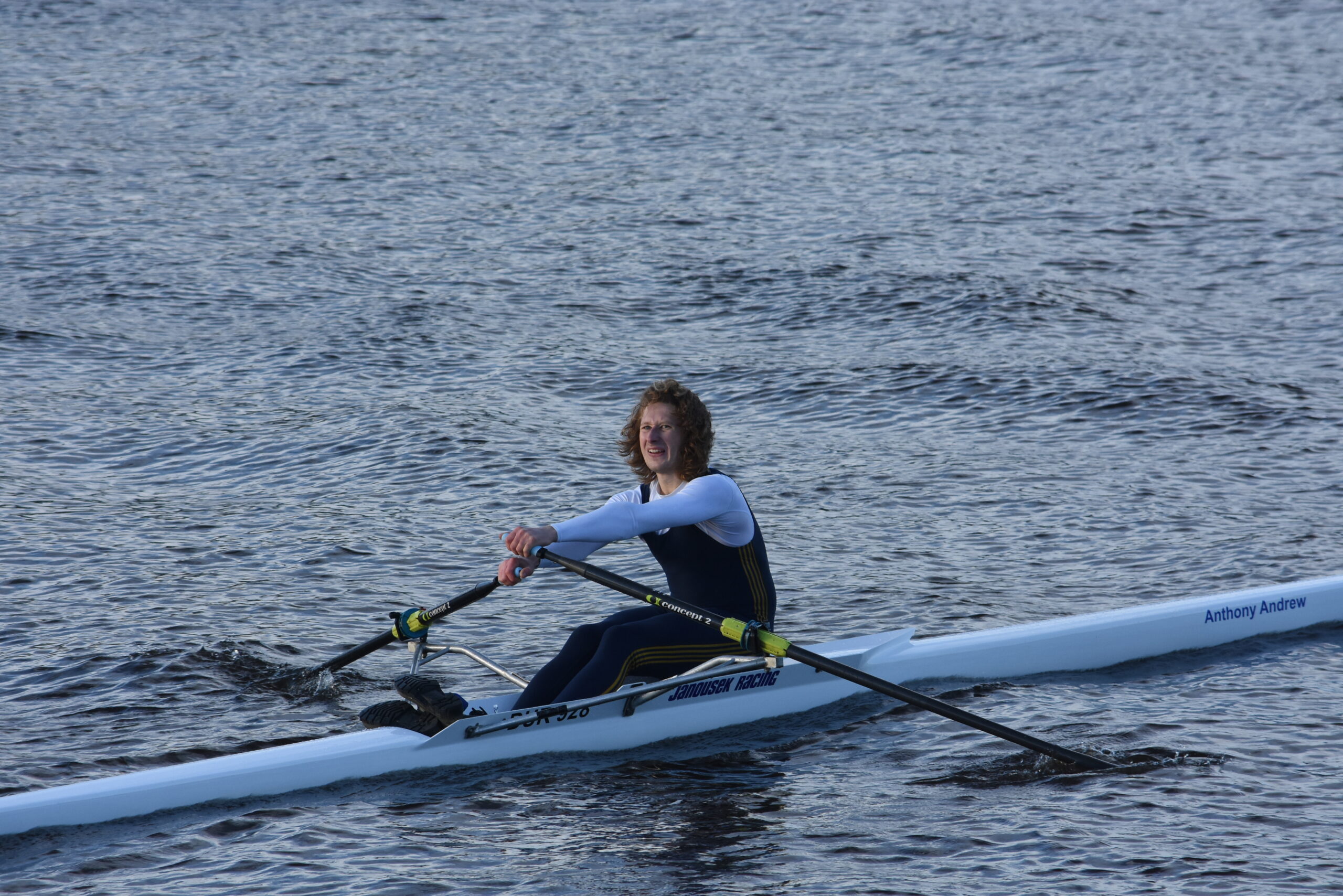 Nick Baird in the Open 1x

After Durham Small Boats Head on February 5th crews return to the Tyne on February 12th for the rearranged Rutherford Head.