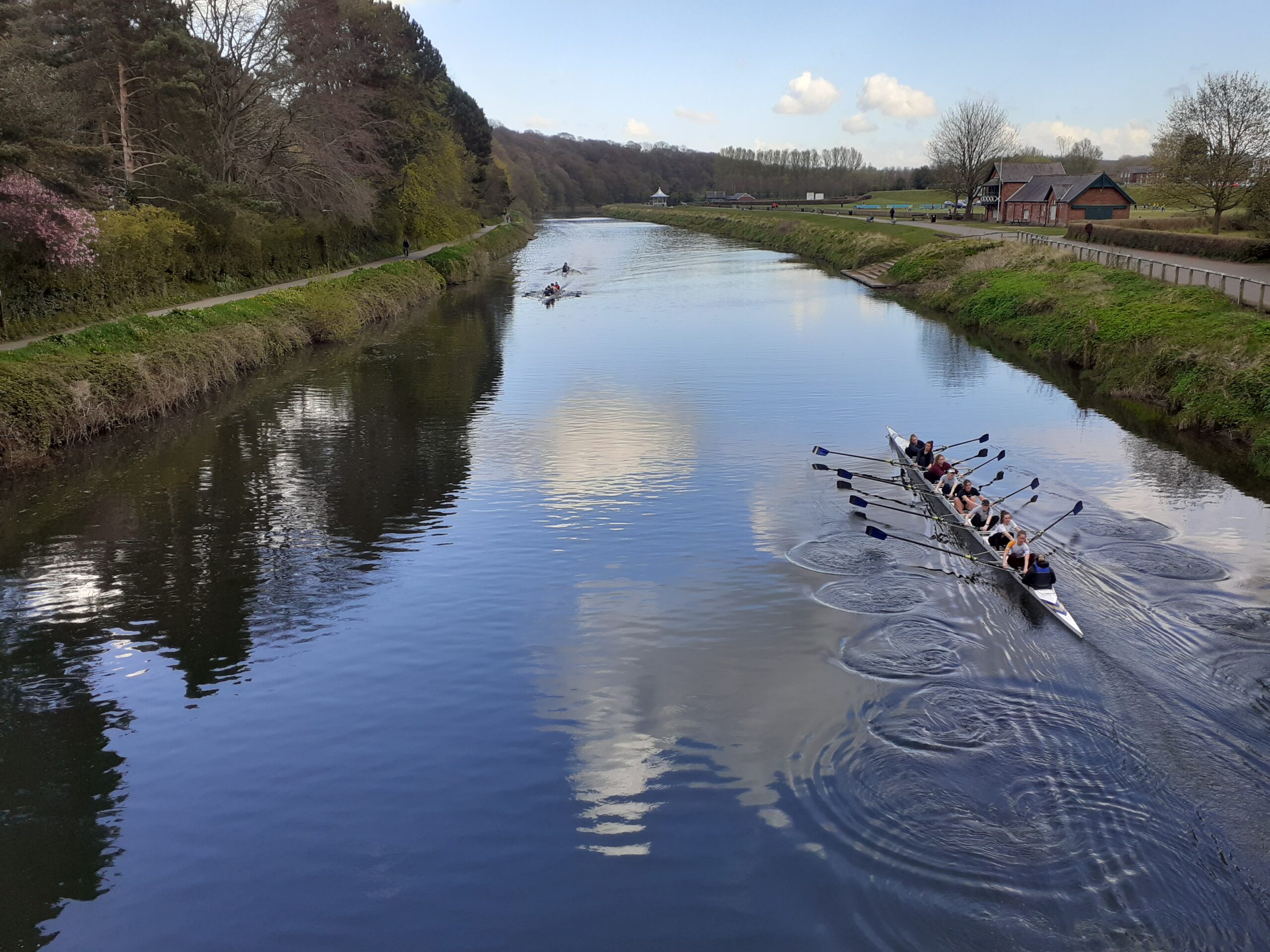 A month into the relaxation of lockdown measures most members are enjoying the return to rowing and the gym has reopened for personal exercise, while the beer garden and caravan site have resumed business and are starting to bring in much needed income.

The summer regatta season traditionally starts in April following the Boat Race. Although many competition organisers have decided to cancel because of the ongoing Covid-19 restrictions, it was pleasing to note a successful first regatta of the season taking place at Hammersmith on April 24th.

Step 3 of the Government’s easing of lockdown is anticipated to be no earlier than May 17th, meaning Chester-le-Street, Durham City and Tees Regattas have already been called off, along with Talkin Tarn, leaving Wansbeck Regatta as the likely first event to take place in the Northern region on May 22nd. Its format will be different from usual – a time trial over 1500 metres and 3 divisions is being offered. The poster can be downloaded from the Cambois Rowing Club website.

Hexham plan to go ahead with a reduced regatta on June 5th, and Tyne Regatta will take place over a 1000 metre course on June 19th.

Durham Regatta is planning a 2-day competition with reduced entry numbers and no spectators on June 12th and 13th, and is awaiting the outcome of consultations with Durham County Council and its Safety Group as well as with the Police. The Regatta will need as much support as possible from volunteers.

A casualty for the third consecutive year is the Junior Inter-Regional Regatta, due to have taken place on April 24th. A consultation was carried out on possible alternative dates but as yet no announcement has been made.

Rather than cancelling outright some events have decided to either reschedule to a later date, or offer a virtual competition or a scaled down version of what is usual. The Schools Head (SHoRR), scheduled to round off the head racing season on the Tideway on March 24th was cancelled in favour of a Virtual Schools Head, running until April 4th which attracted 110 entries each doing a time trial on their chosen body of water over a distance of 2112 metres (the Henley Royal Regatta course distance). Results are available on the SHoRR website.

Another virtual event, May the 4th be with you, has been offered to juniors by the organisers of the Schools Head, between May 4th and 9th, involving competitors submitting times for two 1000 metre pieces.

The National Schools Regatta (NSR) has decided to split its competition into two parts. Entries have opened for Regatta 1 which is a behind closed doors regatta at Dorney Lake over the weekend of May 29th and 30th for J16 to J18 juniors. Regatta 2 will be an NSR Youth Festival for J14 to J16 juniors at Nottingham on September 25th. In addition there is to be a Junior Sculling Regatta for J15s and J16s at Dorney Lake on May 31st, offering sculling events not being contested at the NSR.

Entries have opened for the Metropolitan Regatta, to be held at Dorney Lake on June 5th and 6th.

The British Rowing Masters Championships, contested over a 1000 metre course at Nottingham on Saturday, June 12th, has been reduced from the usual two days to one. Volunteers are being sought and entries will open on May 1st. Spectators are discouraged, although restrictions might be reviewed in light of further Government advice expected after the move to Step 3. The Notice of Competition has been issued.

On the international front the European Championships took place in Varese, Italy on April 9th to 11th, with Great Britain finishing top of the medal table in their first competitive outing for 18 months.

In an Olympic year the first round of the World Cup takes place in Croatia this weekend with entries rather sparse in some events.

Reopening of indoor facilities is anticipated once Step 3 is confirmed, but uncertainty continues.