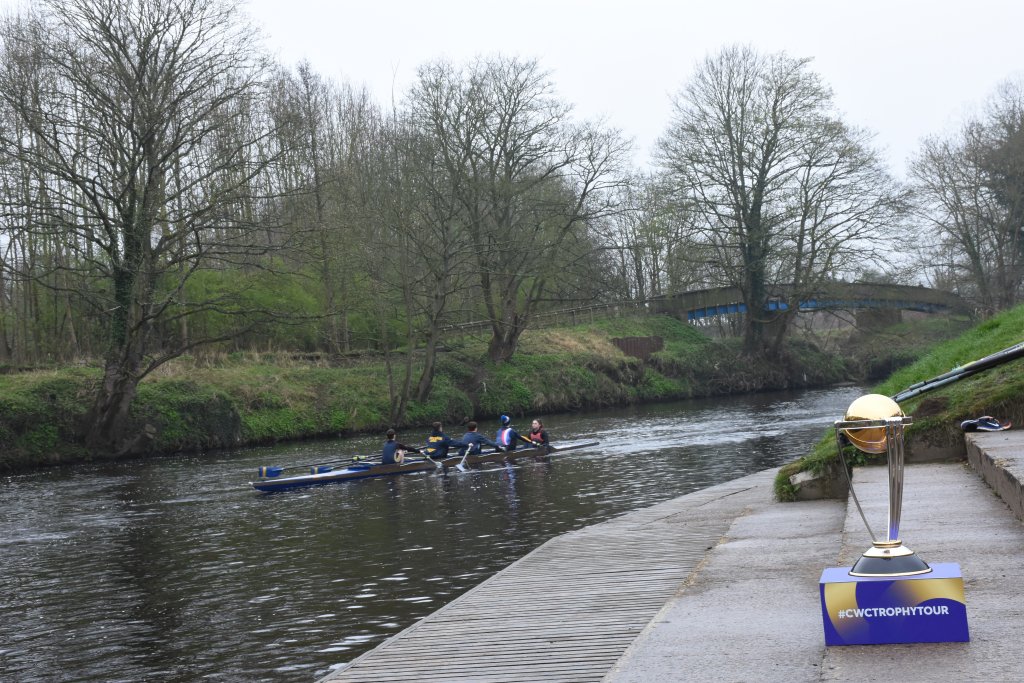 Boat Race Day generally marks the end of the winter head racing season and the start of the summer sprint regatta season. This year’s races took place on Sunday April 7th, and while most media attention was focused on James Cracknell becoming the oldest competitor in the Boat Race’s 165 year history, Cambridge took the honours in both men’s and women’s races.

In recent years the event has also provided the club with an opportunity for celebration by staging a Boat Race Ball, and judging from comments passed by those who attended, this year’s Ball on the evening of Saturday April 6th was the usual enjoyable occasion.

Because of the late Easter and the need to find a scarce empty slot in the already packed racing calendar the regatta season got off to a flying start with the first of the Northern regattas brought forward to take place at Chester-le-Street the day before the Boat Race. Durham ARC’s Juniors and Masters were in action and came away with victories in four events, the J13 4x+, WJ15 4x+, WJ14 4x+ and WMas E 2x. Full results are here.

The trend for the Boat Race to occur on Sunday rather than Saturday presents a modicum of organisational difficulty in that the club celebration now takes place prior to the event itself, but this at least offers partygoers an excuse for extra recovery time.

There was added interest on Boat Race Day with the arrival of the Cricket World Cup trophy in Durham for its 3-day tour of the region prior to stumps being pitched in May, and after a brief stop at the Durham ARC landing stage it was rowed along the River Wear, pausing at the Riverwalk Centre and Market Place before going on display for the remainder of the day at Durham Cathedral. 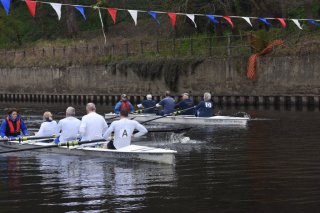 Next on the agenda was the second round of the Sunday League, Durham’s turn to host the sprint competition over a 300 metre course for novice and recreational rowers from clubs around the Northern region, who have been joined this year by a crew from Sheffield representing the Yorkshire region. Fourteen teams entered and some close and exciting racing ensued. Winners on the day were It’s Chico Tyne in the open league and Tynequila in the women’s league. Both now lead in their respective leagues, with Close Encounters from Durham ARC winning 3 of their 4 races to hold on to joint second place in the open league along with Tynemouth Buoys, despite having an average age of 70.

An early start and some efficient organization by the team of volunteers enabled racing to wind up in time for a curry lunch before members and visitors settled down in the bar to watch the Boat Race drama unfold on TV, a successful and very enjoyable day with around £450 raised for club funds through the Boat Race sweepstake, share of Sunday League entry fees and catering proceeds. 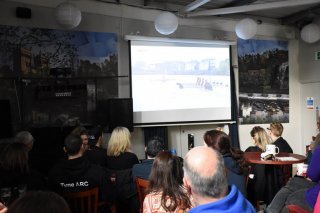 Round 3 of the Sunday League takes place at Berwick on May 5th.