It’s been a busy few weeks for squads as the Tideway season looms for some, while others concentrate on preparations for the coming regatta season in April.

Conditions were good for Tyne Head of the River race on February 16th with 10 crews from DARC among the 150 entries joining crews from Lancaster, York and Glasgow, as well as local clubs and Durham University colleges, to contest two divisions over 5km from Scotswood to Newburn. George Adair’s Masters F 4x- ran out winners in their category and the senior men’s 8+ were second to York in band 3 of the open 8+. All the results can be found on the Tyne Head website. 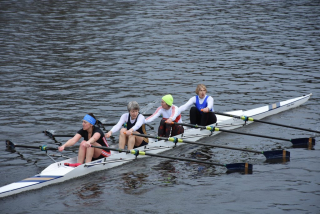 The following weekend saw the Juniors off to Nottingham for the Head of the Trent on Sunday February 24th. An excellent day it proved to be with good conditions after a misty start, and a 100% success rate for the DARC crews, the J15 girls 8+, J15 boys coxed quad and J14 girls coxed quad, racing over 3.8km in division 2, all winning their events, overcoming opposition from Nottingham, Bedford, Birmingham and Leicester, while Gill Prescott’s composite women’s Masters F coxless quad also won over 5.7km in division 3. Results and other information are on the Head of the Trent website.

Next was the Yorkshire Head on Saturday March 2nd, organised by the Yorkshire Rowing Council, again with 10 crews from DARC entered amongst 175 in the two division time-trial over 5.1km of the River Ouse in York, this time with victories for the Masters F 8+, Andy Jaggard in Masters G 1x, Adam Morris in J18 1x and Gill Prescott in a women’s Masters F 4x- composite with Loch Lomond, Mortlake, Anglian & Alpha and Barnes Bridge Ladies RC. DARC’s senior men’s 8+ finished second to Leeds in band 2 of the open 8+. Full results can be found on the Yorkshire Rowing website. 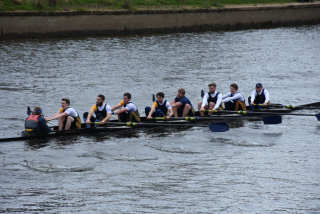 Trials for the Junior Inter Regional Regatta, postponed from February, also took place at Cambois on March 2nd  and it proved to be a successful day for the DARC competitors. There were event wins for the J16 4x-, J16 8+ (DARC/Durham School composite), WJ16 4x-, J15 4x+, WJ14 4x+ and WJ14 2x, who go forward to be considered for selection for the squad to represent the Northern region at the Junior Inter Regional Regatta at Peterborough on April 27th, subject to satisfying rules relating to doubling up. Results of the trials are here. 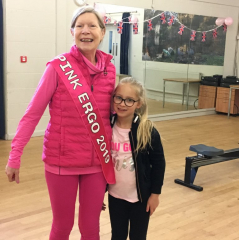 On Sunday March 3rd Roger Stainforth organized a group ranging in age from 7 to 74 to take part in The Big Pink Ergo 100km challenge, with 27 members of various squads raising funds for breast cancer charities. The first round of the Sunday League  took place at Tyne ARC on the same day with the team from DARC getting off to a good start winning 3 races out of 4.   Round 2 is a sweep-oar splash & dash event at Durham on April 7th, the same day as the University Boat Races. 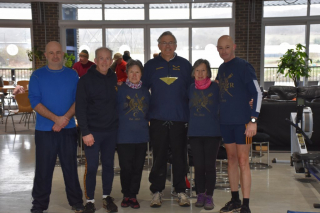 The first Tideway heads of the season take place next weekend with the Schools’ Head on Friday March 15th and the Women’s Eights Head of the River Race on Saturday March 16th. Good luck to the J15 girls eight and J16 boys quad in the Schools’ Head. The Head of the River Race is 2 weeks later on March 30th and the Vesta Veterans’ Head takes place on March 31st. Also on March 16th is the Ponteland Junior Head on the River Tyne.

The first regatta of the new season In the Northern region takes place at Chester-le-Street on April 6th, and DARC’s Boat Race Ball takes place the same evening at 7pm.