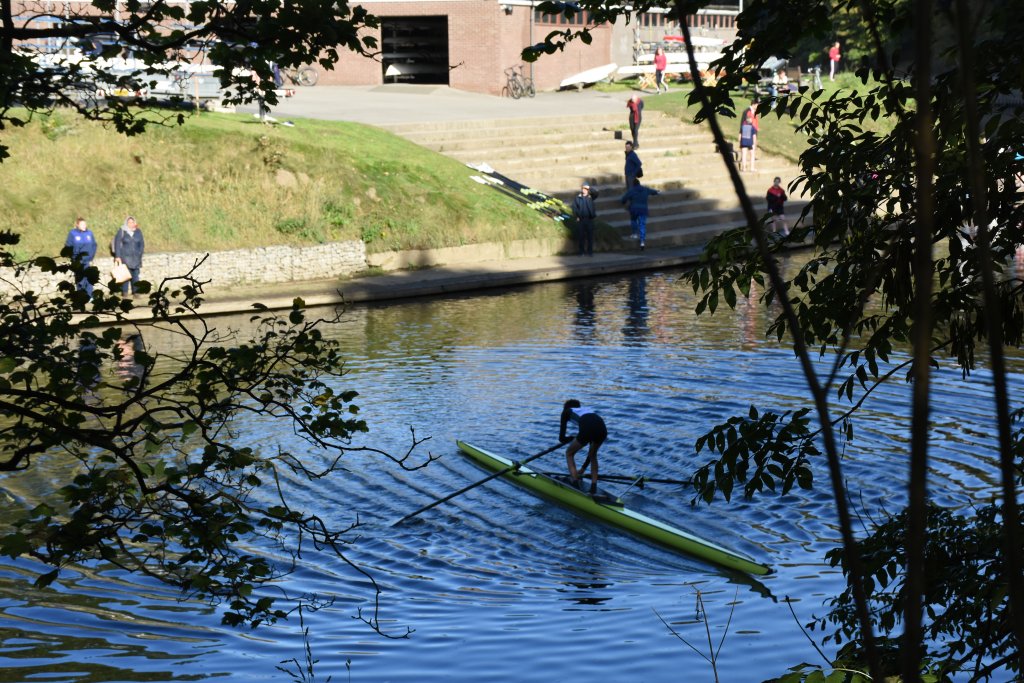 The Regatta season drew to its conclusion with around 100 entries for Durham Autumn Sprint on September 29th. Traditionally this is an event that appeals mainly to junior competitors and this year was no exception, with Durham ARC, Durham School, St Leonard’s and the Tyne clubs well represented.

For the second year omnium competitions were included for J13 to J15 scullers. This entails single and double scullers carrying out skills exercises next to the landing stage, including roll-ups, hands off at the catch, 360 degree spins and standing rigger dips, before continuing to the start line for a time trial and side by side races over the 500 metre course.

Another feature was a good sculling competition between members of the DARC senior squad.