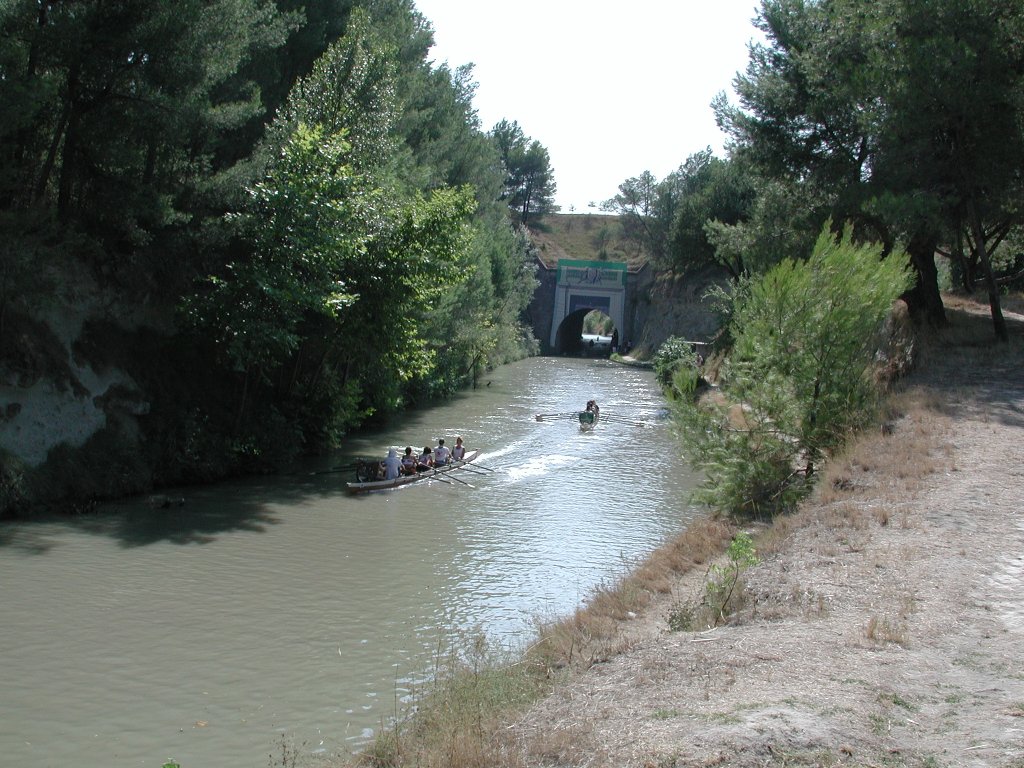 Rowers from Durham ARC took part in the 37th Rallye du Canal du Midi in August, an annual rowing tour taking in 200km of the Canal du Midi in Southern France. Now a World Heritage Site the Canal is a marvel of 17th century engineering, the work of engineer Pierre-Paul Riquet, connecting the Bay of Biscay to the Mediterranean Sea.

Following on from their exploits at the Vogalonga in Venice in 2017 Gill Prescott, Helen McMillan and Caroline Scholl set off from Toulouse in a stable coxed quad on August 13th joining around 200 rowers from around the world on the 5-day journey to Beziers.

Participants arrived from as far afield as South Africa, North America, Brazil and New Zealand as well as from France, Germany, the UK and elsewhere in Europe for what is a unique experience organized by the Association Toulouse Pierre-Paul Riquet. Other British representatives came from Weyfarers Rowing Club, the UK leaders in touring and recreational rowing.

Their accommodation for the week was arranged in the fortified medieval city of Carcassonne, situated at the midway point of the route, with transport provided to and from the tour each day. Around 5 locks were negotiated daily by means of crews trolleying their boats round the lock to relaunch at the other side. Meal breaks were arranged alongside the canal and nothing was left to chance with a medical team on hand at the end of each day’s rowing to tend to blisters and minor ailments.

As if that wasn’t enough crews rounded off the tour with some short sprint races against one another on the River Orb in Beziers on the final day before a reception at the town hall and departure for the journey home.