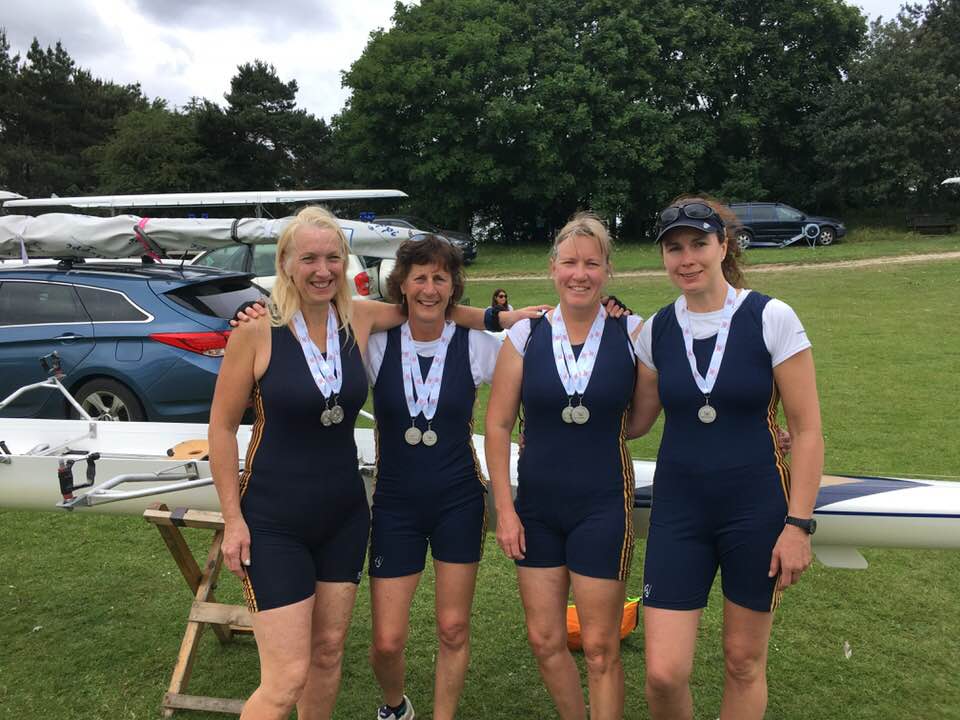 Durham ARC had some success at the British Rowing Masters Championships last weekend, winning 1 gold, 4 silver and 2 bronze medals in Championship events, with a further victory in a non-Championship event, and with all 18 entries reaching finals.

The Masters Championships attracts the best rowers from clubs across the UK to the National Watersports Centre in Nottingham to race against each over a 1000 metre course at Holme Pierrepont. Masters are categorised by age with all entrants being over 27. 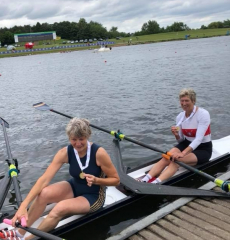 On Saturday there was a gold medal for Durham’s Gill Prescott and Eva Rankin of Loch Lomond in the Women’s Masters F double sculls (for average ages 60 to 64), while in the same final Ray Dominy and Joyce Collett took the bronze medal, both crews having previously won their respective heats to qualify for the final. 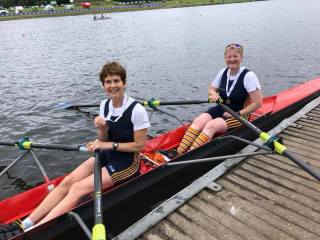 Gill and Eva went on to win a silver medal with a composite crew from Upper Thames Rowing Club and Wycliffe College in the final of the Women’s Masters F coxless quad. 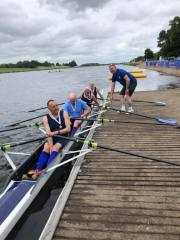 The final medal on Saturday was a bronze for John Lyons, Paul Rutter, John Watkinson and Richard Court in the Masters E (55 to 59) coxless quad, while on Sunday there was a silver for the Women’s Masters E eight of Sarah Rutter, June Davison, Ray Dominy, Gabrielle Moore, Susan Jackson, Christine Heppell, Sam English, Angela Lund and cox Nigel van Zwanenberg. 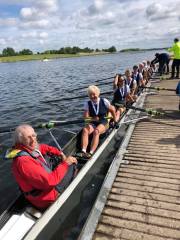 In Sunday’s non-Championship events for those who haven’t previously won at Championship level there was a win for Sam English, Aisling Dutton, Gabrielle Moore and Christine Heppell (pictured top) in the Women’s Masters E coxless quad. 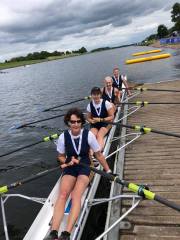 Results from Saturday and Sunday are on the Masters Championships website.

Durham finished in 15th place out of 90 clubs in the Victor Ludorum competition for the best club at the Championships and was the highest placed northern club.