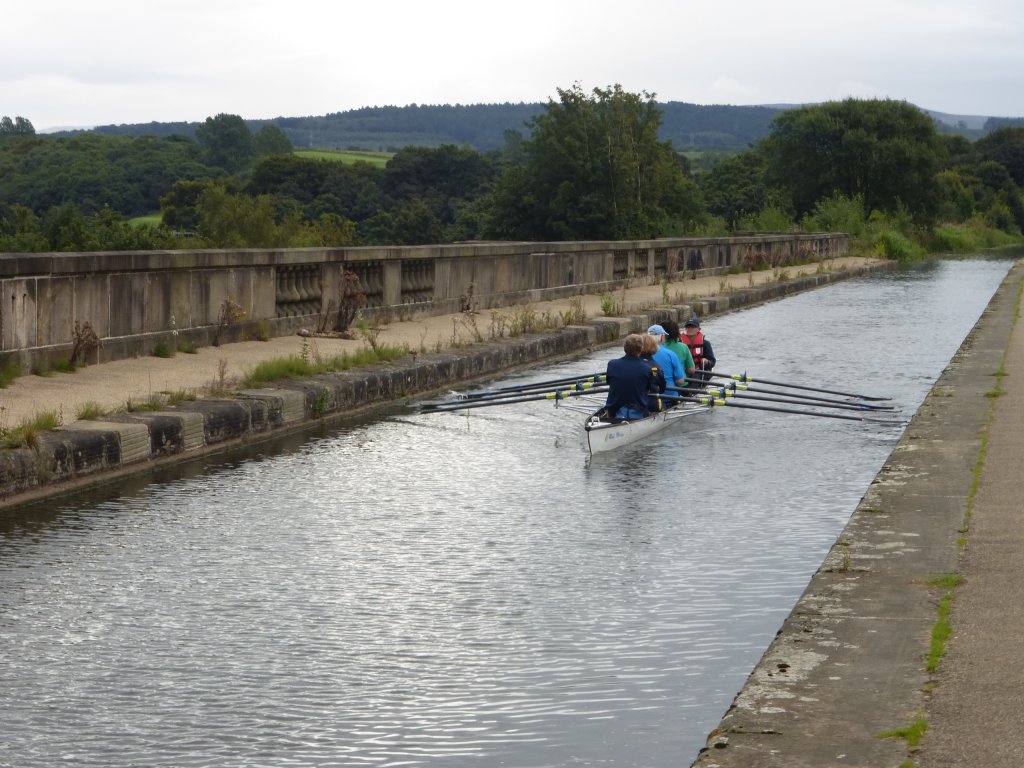 Unlike 2011 when the UK Tour last visited Lancaster, rowers were greeted by dry and predominantly fine conditions with little wind, ideal for touring.

The Lancaster Canal was surveyed and constructed during the 1790s by Scottish engineer John Rennie. Being a contour canal, it has no locks, making life simpler for rowers, though it does have 122 bridges along its length, almost all too narrow for passage without shipping oars. 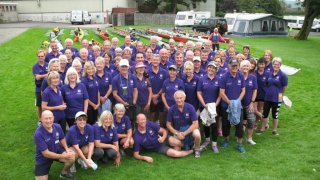 Accommodation for the group had been arranged by tour organiser Peter Barker of Upton Rowing Club at the Holiday Inn near the M6 exit for Lancaster, a perfect choice in a quiet setting next to the River Lune, and only yards from where the river is crossed by the Lune Aqueduct, the largest all-masonry aqueduct in Britain.

Day 1 on Friday was the longest of the three. A 20-mile coach journey united crews with their boats, coxed touring quads, before the latter were launched on to the canal for the first leg of 14 and a half miles, stopping at Bilsborrow after 9 miles for a packed lunch and visit to Owd Nell’s Tavern, continuing through beautiful scenery and passing numerous moored barges, and reaching Bridge House Marina at Garstang by mid-afternoon. This was to be the overnight stop. 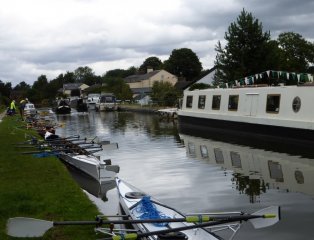 Day 2, Saturday, was only marginally shorter, 13 and a half miles punctuated by lunch in the splendid setting of the Canal Craft Centre at Galgate. A lovely afternoon sculling through Lancaster followed before boats were hauled out for the overnight stop at Lansil Golf Club, giving crews a chance to walk to the Lune Aqueduct on the way back to the hotel. Saving the crossing for the following day there was the dinner and presentation on canal history by the chairman of the Lancaster Canal Trust to look forward to, along with an address by the chairman of Lancaster John O‘Gaunt Rowing Club, based just across the Lune, 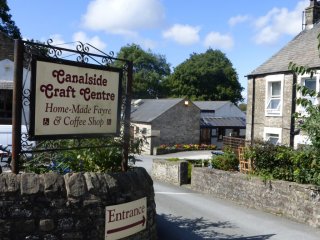 A quad from Lancaster John O’Gaunt, recovering from the after effects of Storm Desmond and celebrating its 175th anniversary this year, joined the tour for the final day. After the excitement of the previous evening Sunday was a relatively short 10-mile affair, crossing the aqueduct then enjoying glorious views across Morecambe Bay towards the Lake District mountains beyond, and arriving at the northern extent of the navigation at Tewitfield in time for lunch at the Longlands Hotel, but not before negotiating the tunnel under the M6 motorway – wide enough for barges but not for sculling – so the onboard canoe paddle was brought into play to get through in the dark. Touring is not for the faint hearted! 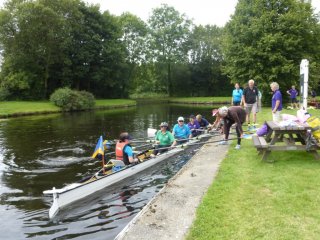 The British Rowing UK Tour is arranged by BR’s Recreational Rowing Committee and has taken place each year since 1994. The 25th anniversary celebration will be a tour on the Thames in August 2018.