Four members of Durham Amateur Rowing Club are undertaking a 1000 mile cycle ride from Land’s End to John O’Groats in memory of former Club member and coach Bill Grant who died in February 2015 as a result of a medical episode which led to him falling from his bicycle into the River Wear. 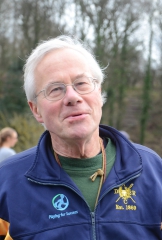 Elliot Kay, David Beeby, Thomas Jackson and Michael Hall set off from DARC on Monday July 20th on the train to Penzance  ready to start the ride from Land’s End the following day. They plan to complete it in 12 days, arriving at John O’Groats on August 1st. As a result of their effort they hope to raise funds for Durham ARC and the Great North Air Ambulance Service which came to Bill’s aid following his unfortunate accident.

Donations can be made using the sponsorship list on display in the clubhouse or online through https://www.justgiving.com/teams/DARC 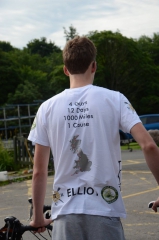 The team’s progress can be followed on their
Lands End to John O’Groats Cycle facebook page or blog at https://darcendtoendcycle.wordpress.com/