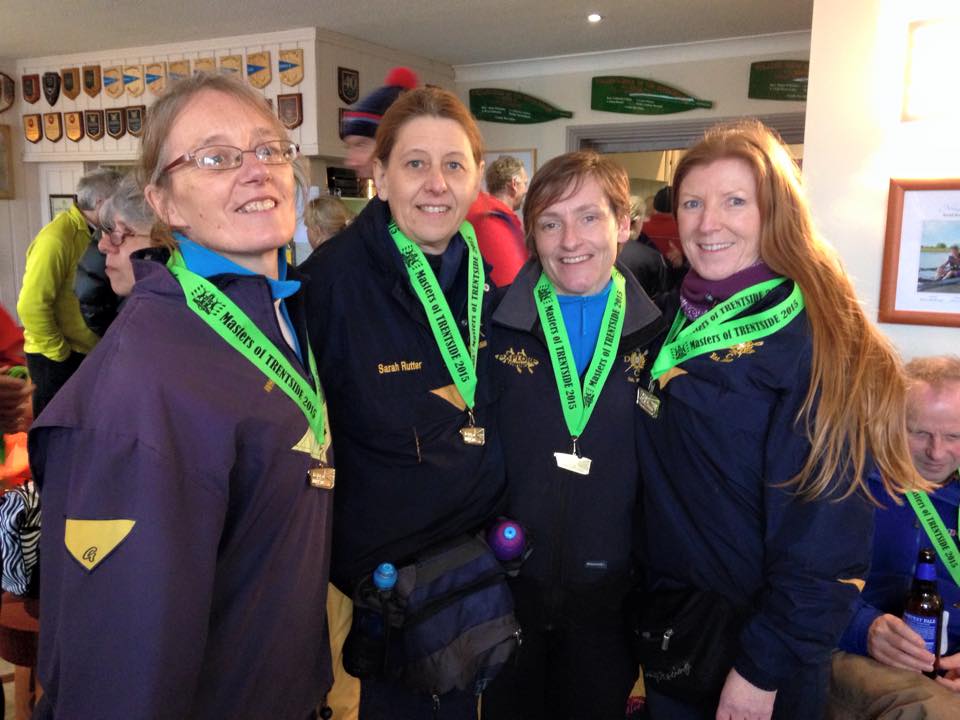 Durham Amateur Rowing Club’s Masters squads have enjoyed some success in competitions over recent weeks as we approach the main Tideway Heads season in London.

The following week the men’s Masters crew of Paul Stanley, Dave Walker, Martin Judson, John Watkinson, John Appleby, John Hill and Derek Gordon entered as a composite eight with Royal Chester Rowing Club and, coxed by Emma Hocking, won at Masters G on the River Dee in Chester at the 5km North of England Head of the River Race.

DARC has 2 entries in Saturday’s Women’s Eights Head of the River Race over 6.8km on the Thames, the senior women’s IM3 crew and the Masters D crew, while on the same day several competitors go to York to take part in the Yorkshire Head over a 5km course. These events are closely followed by the Schools Head on Monday March 16th, the Veteran’s Head on Saturday March 28th and the men’s Head of the River Race on March 29th.

Good luck to all participants!