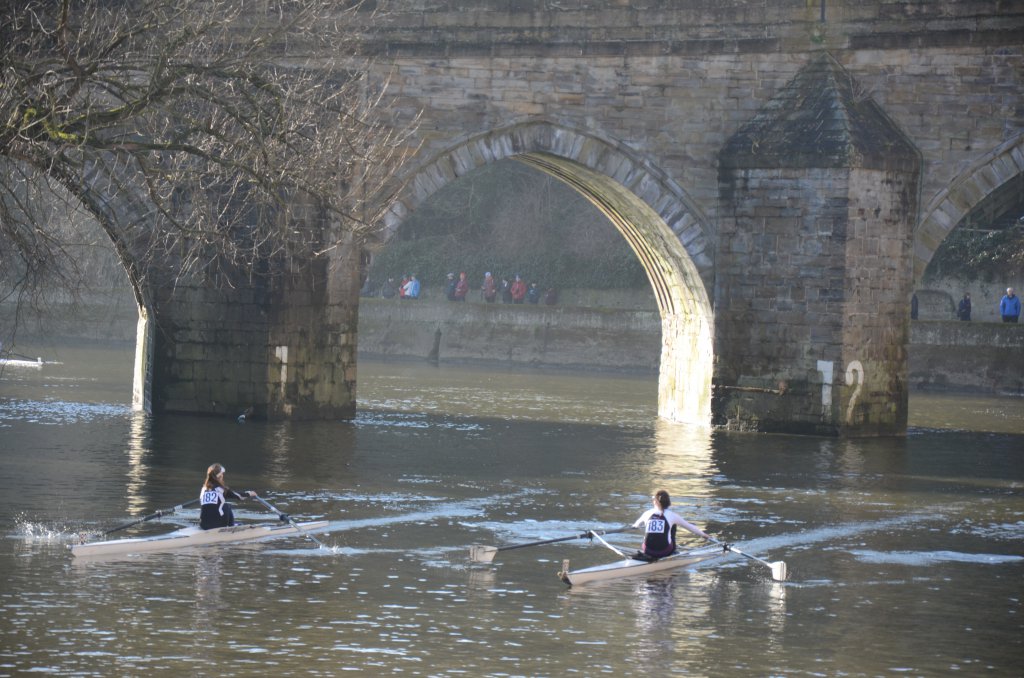 Despite weather concerns this year’s Durham Small Boats Head was able to go ahead as scheduled on Saturday February 7th. This is DARC’s major event of the winter season and takes place over the 1800 metre course upstream from Counts House to finish beyond the Bandstand. 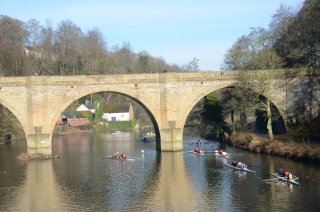 The Head is eagerly anticipated following the winter break and as always was well subscribed, attracting 358 entries from around the region covering the full spectrum of ages from the under-13 Juniors of the newly formed Chorister School Boat Club to the seasoned veterans of the host club. Being relatively short in terms of distance it is able to accommodate 4 divisions, allowing coaches to try out different crew combinations in a single day’s racing, a valuable asset to those preparing for the Tideway Heads. 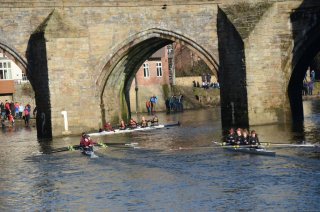 The size of entry and narrowness of the river present a challenge to competitors and officials alike with logistics needing to be finely tuned. Durham’s unique topography leads to much excitement with the major challenge coming around the halfway point where rowers and scullers confront Elvet Bridge whose arches, reputedly the narrowest of any racing course in Europe, need to be negotiated at racing speed. 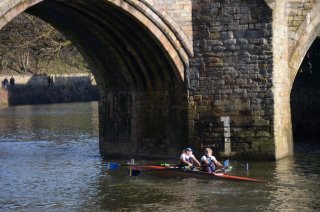 DARC’s J18 coxless quad narrowly held off the senior men’s quad to claim top honours with a time of 6m 31.1s, with the J18 girls’ quad also claiming top spot in the women’s race. DARC was the most successful club overall, securing victory in 26 of the 72 categories contested. It was a weekend of triumph for Gill Prescott, winning the women’s Masters single and double sculls, along with Helen McMillan, on Saturday before both headed off to London to take part in Sunday’s British Rowing Indoor Championships where Gill took the British 2k title in the 55-59 age category. 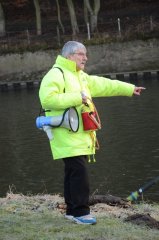 Improved timing and communications systems allowed  results to be published soon after the conclusion of racing. All concerned were delighted with the success of the day’s proceedings and much praise is due to the many officials and volunteers who enabled the event to unfold efficiently and safely. 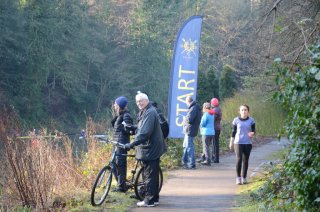 Full results are available here. List of recent wins is on the results page.

See also a news report on the British Rowing website 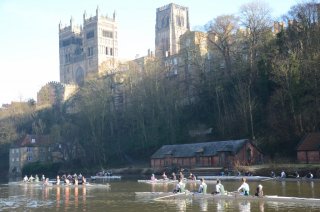