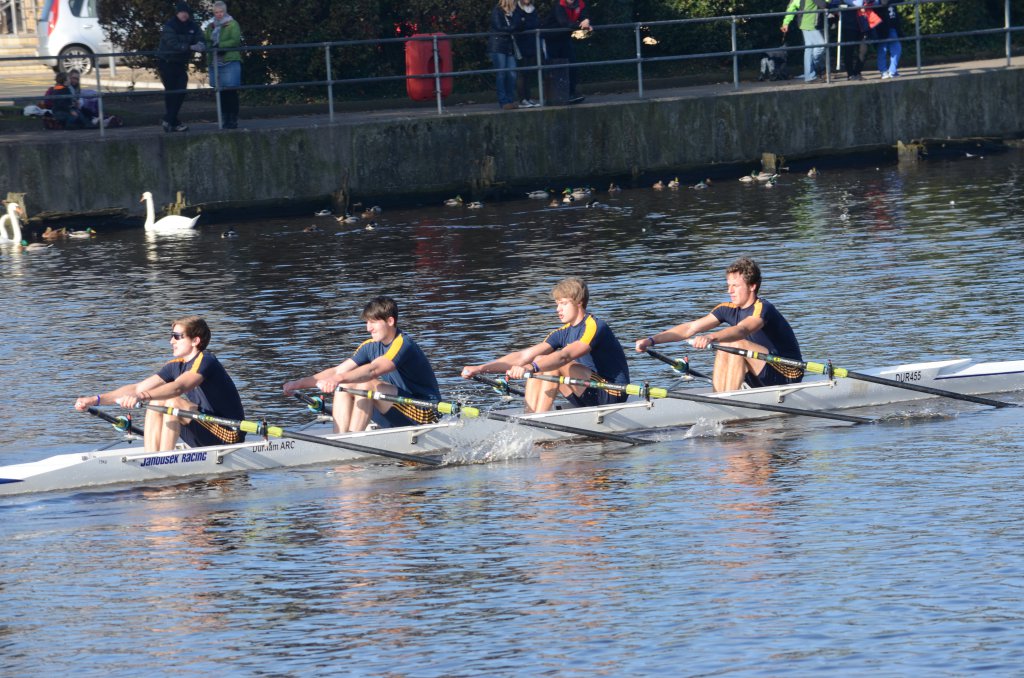 High winds early on Saturday morning seemed to threaten racing taking place but having left Durham early, as the rowers approached Newburn the wind dropped and the conditions were near perfect for racing on the Tyne. There were two events on Saturday, the morning event part of the Autumn Long Distance Sculls hosted this week by Tyne Rowing Club and an afternoon event hosted by Tyne United Rowing Club for both sweep and sculling small boats. 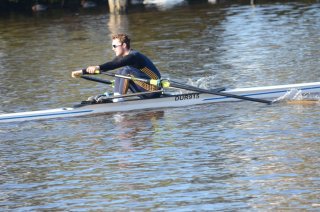 Durham ARC entered 18 crews, eleven in the morning and seven in the afternoon. The J18 boys continued their excellent early season form, fastest quad and fastest J18 double in the morning, then third fastest crew overall in their four in the afternoon and the double was the fastest double. In the single scull J16 category, Aidan Rushforth had an excellent scull winning his event and only just being beaten to fastest sculler by a J18 from Aberdeen, two years older than Aidan.

Success in both the morning and afternoon events also went to another Durham ARC crew, Helen McMillan and Gill Prescott; in the morning they won in their double scull and then teaming up with two Berwick ARC scullers they won in a quad in the afternoon and were the fastest women’s boat overall, always a great achievement for a Masters (veteran) crew.