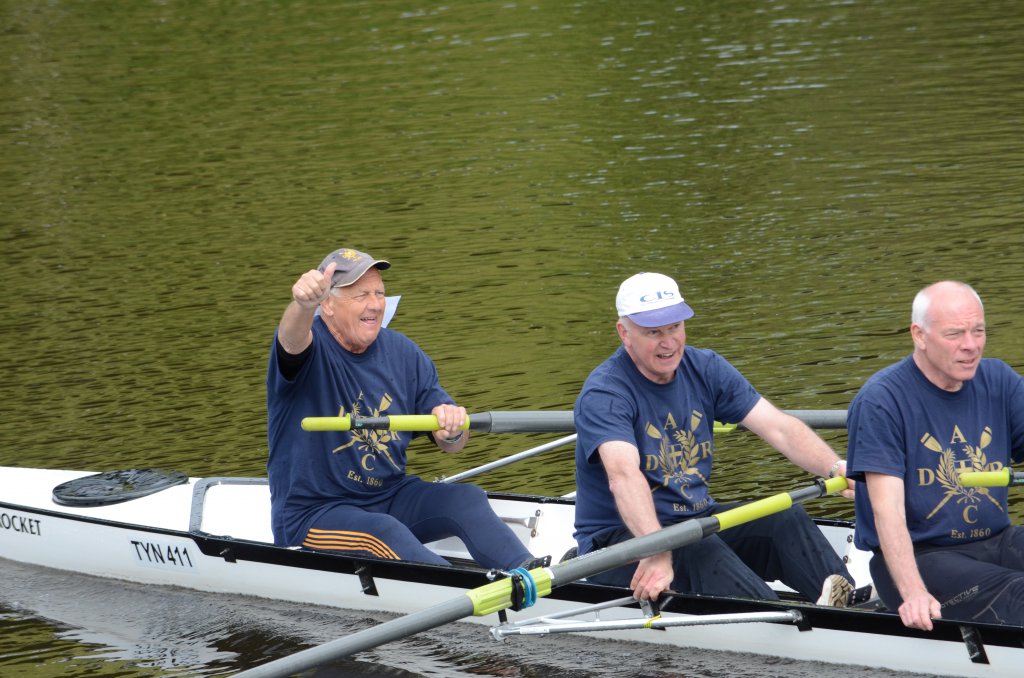 Round 3 of the Northern Sunday League was the most successful to date for DARC with 14 wins secured. The second sweep event of the year took place at Chester-le-Street in dry and sunny conditions. It was our turn to provide the boats along with the Tyne ones so there was an earlier than usual start to proceedings to load them on to the trailer. 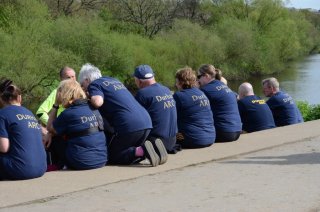 Chester-le-Street weren’t fielding a team this year but as usual the hospitality was first class. Having the course, viewing area and refreshments all in close proximity makes it a favourite venue.

In the Open competition Darc Dynasaurs had a great day, winning all 4 of their races and moving into 2nd place in the overall table, while in the Women’s We’ar Winners won their 4 races and Darc Demons won 3. 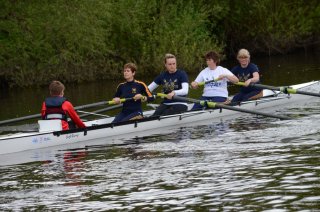 With John being unavailable Mick again filled in for the Dynasaurs as well as coxing the Demons, and it was good to see Caroline returning to cox at her first event of the season. Three competitors made their debut appearance, and with some shuffling of the pack we were able to field a fourth Women’s team this time but only 2 Open teams. Sadly Bradford weren’t able to make it. It would have been good to catch up with them after our trip to the War of the Roses the previous week. 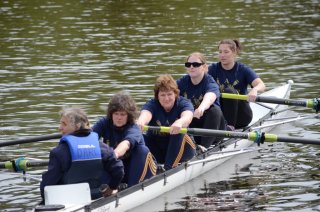 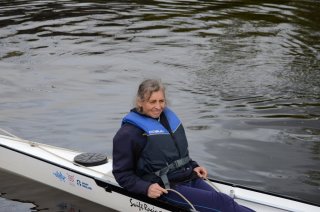 Gerry found time amid the celebrations to pen a report…

Hi again to all rec rowers who made it to Chester-le-Street on May 3rd. What an outstanding performance by Darc Dynasaurs! Hope you all don’t mind, I had to get it in. DARC hit the points again, a good day all round. Thanks to everyone at the Street for making it such a successful day. 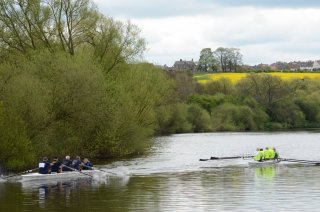 Once again can I put the Sunday League to one side and thank John and Ernie at Tees for making us very welcome on Thursday May 1st, and to Victoria for the delicious ‘home-made’ chocolate cake (from Iceland!). Two mixed crews went out and I was in a coxless quad with Dick at bow, a good workout up to the Pipe Bridge…

The next Sunday League is at Talkin Tarn. I know we will all do well. Don’t forget your blindfolds… 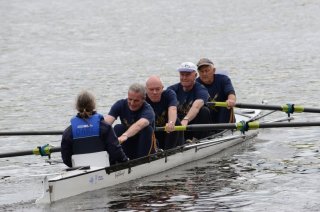 Favourite no. 1 band The Eagles (Take it to the Limit)

Kind Regards to you all.

Further details can be found in North East Rowing’s report with photos of the day from Northern Rowing and current standings in the league. 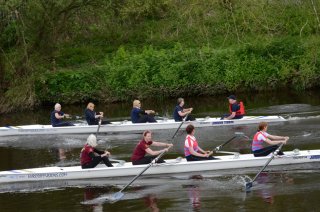 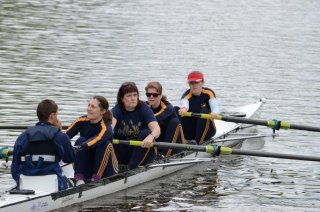