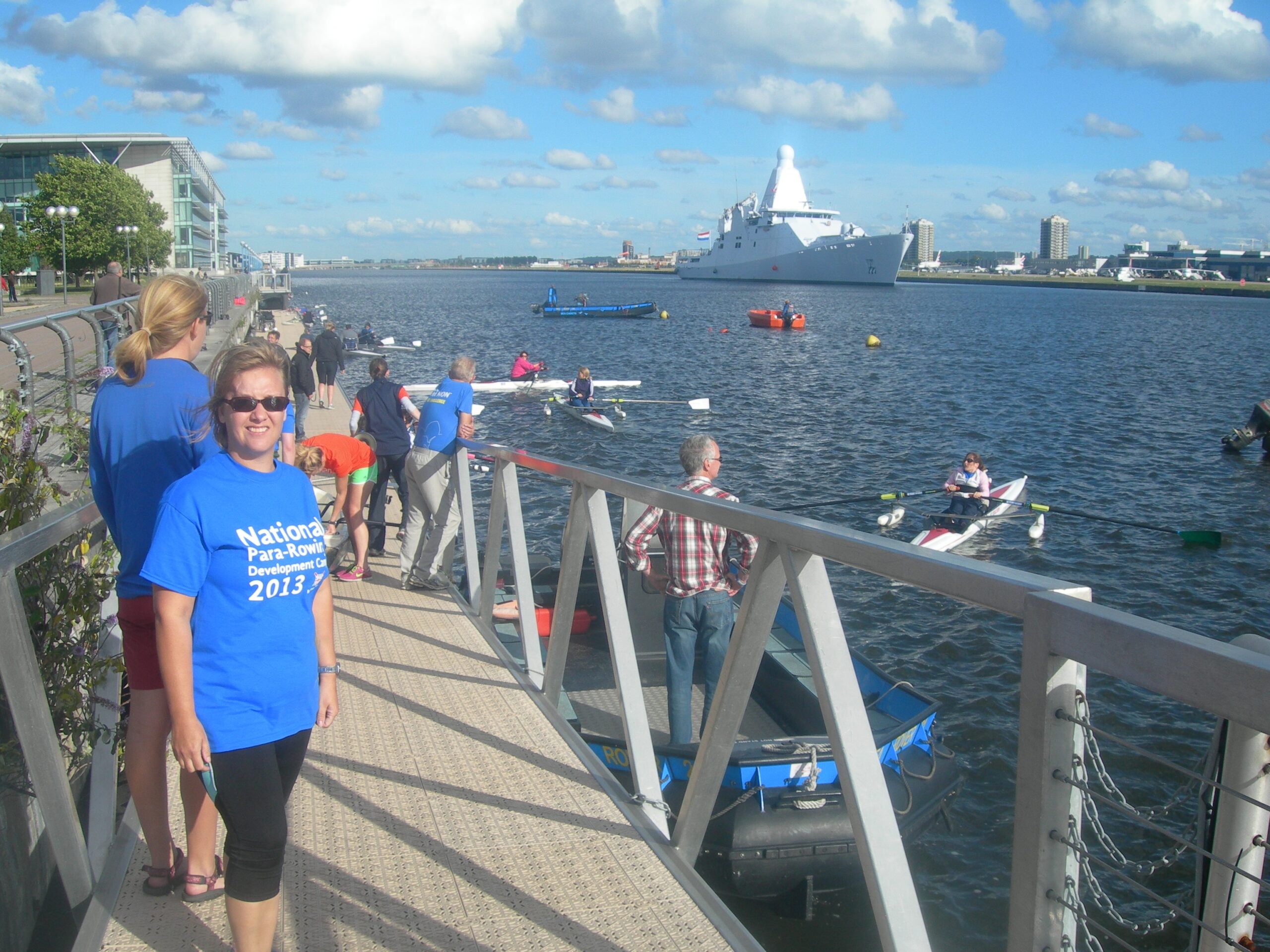 Carol participated in the British Para Rowing Camp 2013, held at the London Regatta Centre on Royal Albert Dock. last week-end. Carol, the first Para rower in D.A.R.C. has been classified as LTA VI (legs, trunks and arms – visually impaired) by British Rowing classifiers. Carol suffered a traumatic brain head injury in a car crash in 2010, and has lost sight in one eye and is visually impaired in the other, with no peripheral vision. The weekend was a great success, and Carol was given expert training and help from British Rowing coaches, including the lead coach for the British Rowing Para Olympic team, Tom Dyson.