Held over the weekend of June 13th/14th Durham Regatta was a high point in the season for the club’s Juniors, winning five events on Saturday and following up with a further three on Sunday. Hope Cessford and Olivia Brown in the WJ16 double raced up an age group and lost their long course final by ONE foot, Hope went on to win WJ16 singles later in the day. Aidan Rushforth won MJ16 singles. The boys J15 quad also went out by the narrowest of margins of one foot in the semi-finals to the eventual winner. In one of the last races of the day the WJ18 eight of Corinne Hatton, Hannah Iqbal, Alex McMullen, Charlotte Jackson, Ellen Blowey, Sarah Coleman, Georgia McMillan, Laura Phillips and cox Julia Dominy beat Tyne ARC by a comfortable distance. 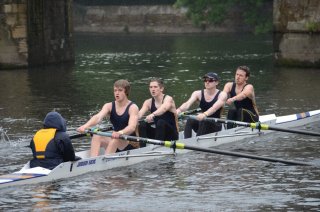 Sunday was a bit damp in Durham and with racing starting at 8am the Novice boys crew got to race at 8.04am. Rowing well they were beaten by eventual winners Durham University Boat Club. Junior wins were all in senior events. Matthew Abbiss, Jacob Lutz-Nattrass, Richard Matthewson, James Snowball and cox Elise Sanderson covered the long course three times to win Men’s IM2 Coxed fours. Not to be outdone the same crew of junior girls from Saturday entered and won Women’s IM2 Eights. 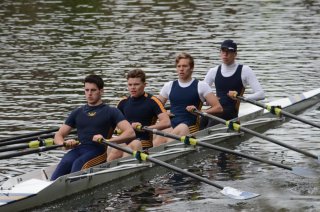 Two juniors, Tim Hopper and Harry Ward, combined with two of last years juniors (now the under-21 group) Cameron Cutts and Elliot Kay, and repeated their Wansbeck win in Men’s IM3 coxless quads. The boys J15 quad made it into the final but unfortunately in a stroke for stroke finish with Lancaster Royal Grammar School they were eased into 2nd place. Aidan Rushforth in Men’s Elite Single sculls gave a fine performance and the eventual winner from DUBC had to row out of his skin to keep narrowly in front of 15 year old Aidan. The club’s junior coaches are delighted with the weekend’s performance, particularly as this is a very difficult time with pressures of GCSEs and A Levels. Crews and scullers are now working towards trials for the GB v France match and National Championships next month. 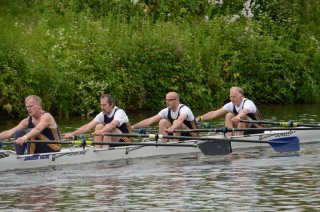 Masters events were affected by the British Rowing Masters Championships taking place in Nottingham over the same weekend but among the wins were Gill Prescott and Helen McMillan in the WMasD 2x and Julian Ringer, Richard Court, Paul Sowerby and John Lyons in the MasD 4x-.

Feedback indicates that the whole weekend was well received, with the Waterloo celebrations being particularly memorable, DARC’s skiff racers and coal trimmers joining the Row2Recovery crew in the parade down the river. 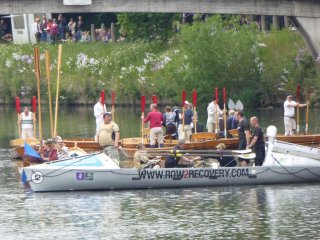