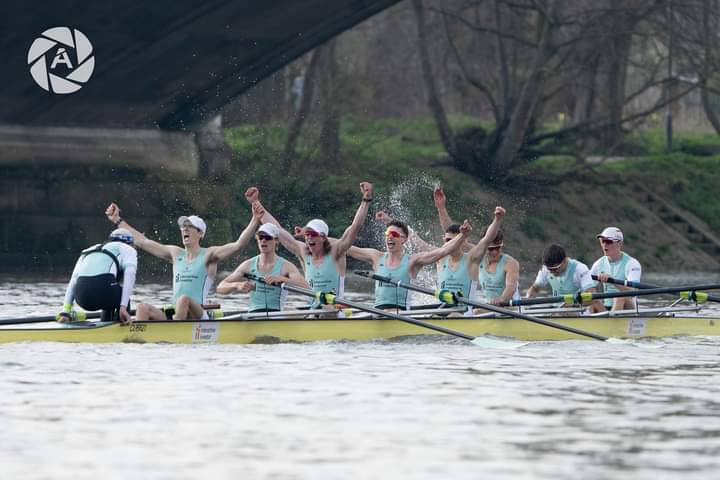 The Lightweight Boat Race returned to the Tideway on Sunday, March 20th with the Men’s race resulting in a win for Cambridge University over Oxford by 5 lengths. It was a triumph for former Durham ARC Junior squad member Matthew Edge who stroked the Cambridge eight to victory at the third time of asking, having also been selected for the 2020 and 2021 races.

Matthew who is in his 4th year at St Catharine’s College had suffered the heartache of defeat to Oxford by 3½ lengths on the Tideway in 2020 and by 1½ lengths on the Great Ouse at Ely in 2021. He achieved much success with DARC’s Juniors notably in the J18 coxless quad with Josh Stephenson, Harry Coe, Matthew Skinner and Adam Morris with whom he signed off his club career with victory over the long course at Durham Regatta in 2018. 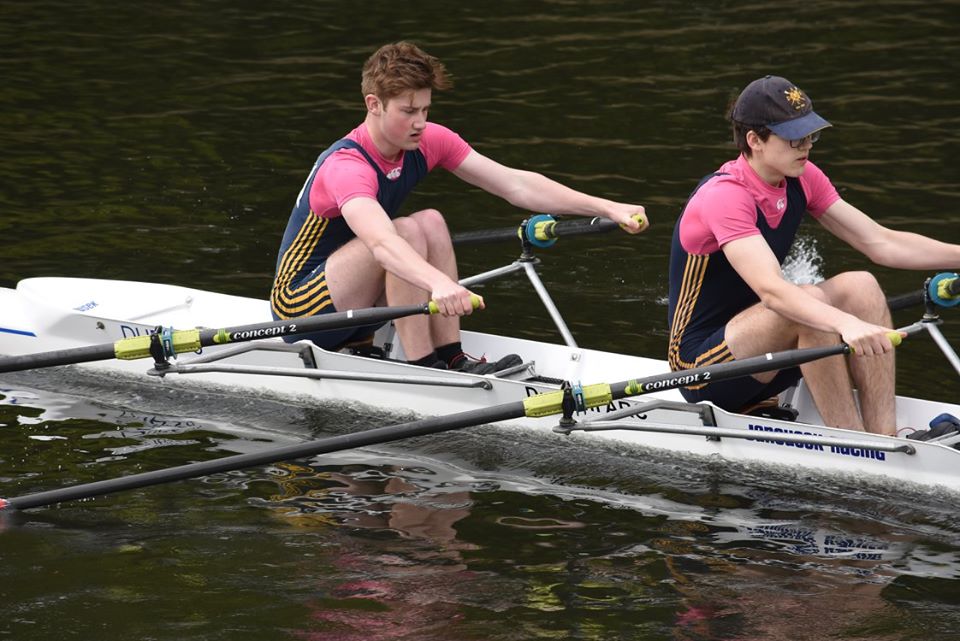 We extend our warmest congratulations to Matthew and his Cambridge crewmates on their success.

The Cambridge crew selection was –

It was a double success for Cambridge who also won the Women’s Lightweight race for a third consecutive year.

Coverage of the Women’s and Men’s races is available on YouTube here.

Having been founded in 1975 the Men’s Lightweight Boat Race was, until 2018, contested over 2000 metres at Henley, before relocating to the 6.8km Championship course on the Thames in 2019. The Women’s Lightweight race also moved to the tidal Thames the following year, ensuring that all forms of the University Boat Race now take place over the same course.

Over the past 2 months the Oxford and Cambridge heavyweight crews have been taking part in Fixture Series races against top opposition from the UK and overseas as they prepare for the Boat Race on Sunday, April 3rd.

Image of the victorious Cambridge Eight by Allmarkone