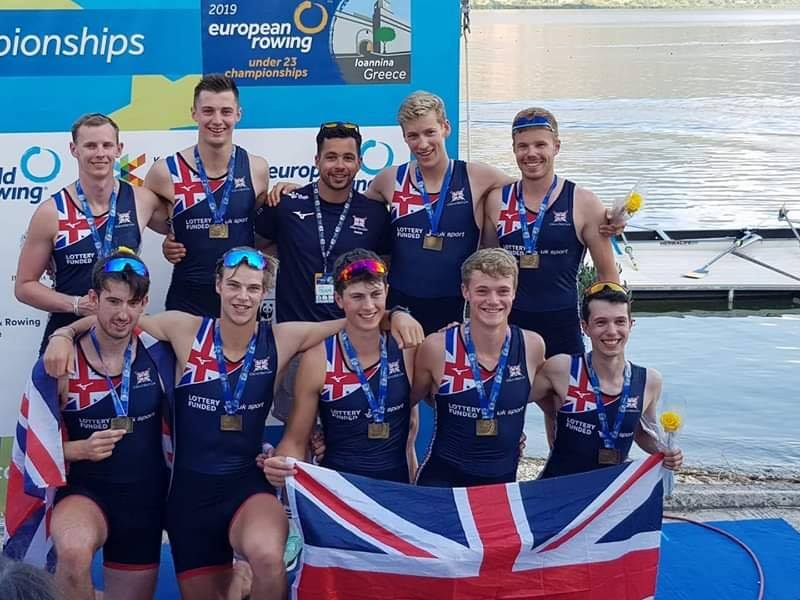 Former Durham ARC Junior James Snowball was selected to represent Great Britain in the Men’s Eight for the European Under 23 Championships at Ioannina, Greece on September 7th and 8th.

James (front, front second right) now competes for Oxford Brookes University, with whom he won in the eight in the Temple Challenge Cup at Henley Royal Regatta in July.

After winning their heat on Saturday they went into Sunday’s final where they took the bronze medal behind Romania and the Ukraine, one of the two medal successes for GB at the Championships.

In July James was selected for the GB pair at the World Rowing Under 23 Championships, finishing 6th in the A final.