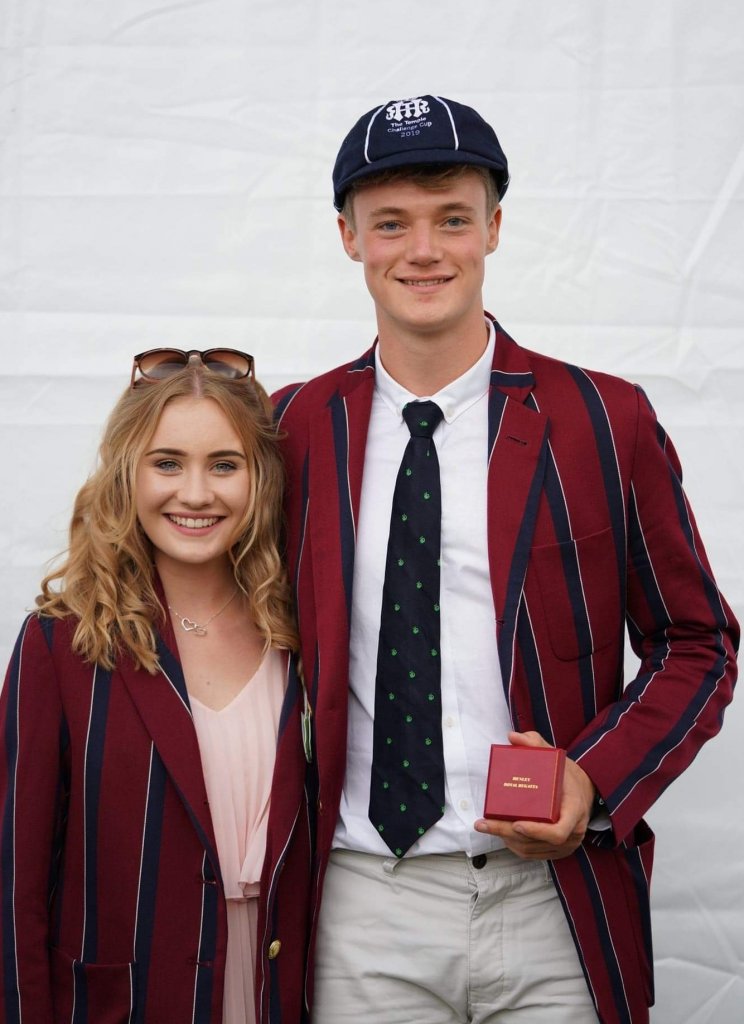 Former Durham ARC Junior James Snowball achieved success on finals day at Henley Royal Regatta on July 7th rowing in the Oxford Brookes University eight that defeated Northeastern University from the USA by three-quarters of a length to win the Temple Challenge Cup for academic eights.

The photo shows James with presentation medal and Henley cap, and Elise Sanderson, also of DARC, who raced with another Oxford Brookes crew in the Remenham Challenge Cup but was pipped to the post on Friday by the GB U23 eight, wearing Oxford Brookes blazers.

Coverage of the Temple Challenge Cup final is on YouTube.

James’ very proud mother Steph, who is the Club Welfare Officer was first to congratulate him after the success. 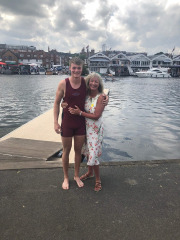 Congratulations go to James on his achievement from everyone at DARC! 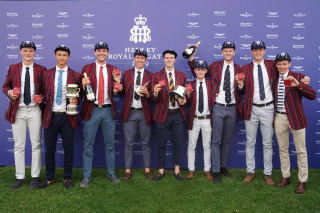 Other former DARC Juniors competing at Henley included Thomas Jackson and Richard Mathewson. Thomas was a member of the Tyne ARC B eight that came through the qualifying stage to compete in the Thames Challenge Cup, winning their first race against Curlew RC before going out against Munich on Thursday. Thomas’ mother Vickie is DARC’s Junior Co-ordinator. 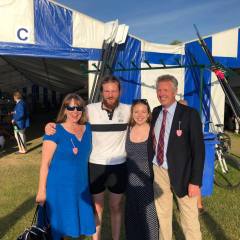 Richard raced with the Agecroft RC coxless quad in the Prince of Wales Cup, losing their heat against Bayer Leverkusen by 3 lengths on Thursday. 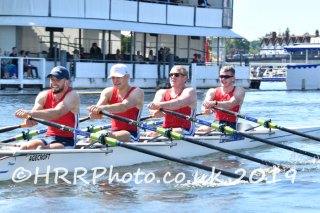 In 2014 James, Thomas, Richard and Elise were members of DARC’s J18 eight, coached by the club’s then Junior Co-ordinator Alan Granlund and Bill Parker, that took the gold medal at the National Junior Championships, the first time the club had won an eights event at the Championships.